December 2011
My rep at Boss Group phoned with an assignment. He began by saying, “I know you don’t want to commute and writing for the financial industry isn’t high on your wish list, but I have a gig with T. Rowe Price in Owings Mills I want to speak with you about.” We spoke, I went to work as a Sr. Writer contractor, drank the corporate Kool-Aid, and became a TRP associate seven months later.

I worked with a group of the best copywriters around. We belonged to the firm’s internal agency in Brand+Creative, a part of Corporate Marketing and Communications. When the winds of organizational change began blowing in 2016, I took notice and applied for a position in the HR group as editor of the corporate internet. Today I edit, write, and enjoy my days as the Digital Content Lead for the trillion-dollar asset management company’s intranet and its nearly 8,000 associates worldwide.

A Long and Winding Road
My path to T. Rowe Price was anything but a straight shot. With a scholarship in hand, I left Kansas at 18 to study theatre in New York. I was in dozens of TV commercials, traveled the U.S. in a couple of plays, performed twice at Lincoln Center, and nailed a soap opera contract with CBS TV. When my paychecks stopped coming from the network and started coming from the show’s sponsor, Proctor & Gamble, I discovered the power of advertising, retooled my education, and switched careers. 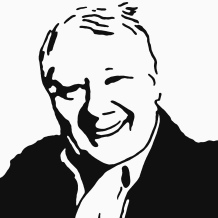 Over the years, I’ve owned an ad agency in San Francisco; worked with Norman Lear on All in the Family, Good Times, Maude, Sanford and Son, The Jeffersons, Mary Hartman-Mary Hartman, and People for the American Way. As a member of Directors Guild of America, I directed Desi Arnaz in his last television appearance. Desi and I remained friends until his death. I began freelancing as a copywriter full-time in 1989 and didn’t look back.

January 2021
Now—after more than nine years—I’m still at T. Rowe Price and I continue to write, edit, and Zoom with truly smart people. And—day-to-day—I find myself smiling more often than not.