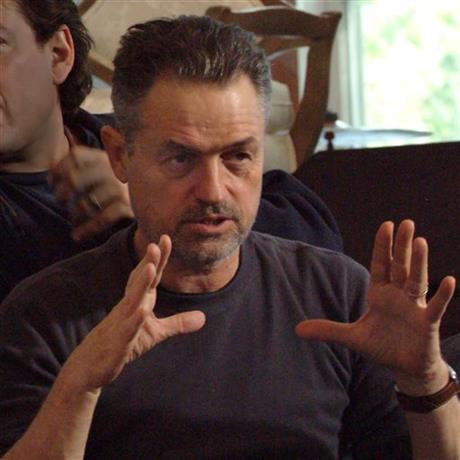 You may know the Oscar and Golden Globe award winner, Jonathan Demme, as a director-producer—he has been the force behind movies like The Silence of the Lambs, Philadelphia, Swing Shift, and Married to the Mob.

You may not know that over the course of his career he has been an avid art collector.

A riot of color greeted Oscar-winning director Jonathan Demme the first time he walked into Haitian Corner, an art gallery around the corner from his Manhattan apartment. Instantly transfixed, he left with a painting by Haitian master Wilson Bigaud. The seed was planted.

Demme, now 70 and having spent the better part of three decades amassing pieces from Haiti and other Caribbean countries as well as the United States, South America and Africa, the director said he’s looking to “streamline and simplify” his life by selling 90 percent of his well-regarded collection of self-taught or “outsider” art.

Over the past couple of weeks Jacob and I have poured over the massive Demme Collection catalog published by Material Culture in Philadelphia. We made a few selections, joined the auction this weekend, and raised our paddle—we now have four new friends coming to live with us.

I’ll share more once we have the pieces in hand and after I photograph and catalog them properly.

The AP closed their article with:

Demme is OK with letting go of his treasures, comparing himself to a parent sending his kids to college.“You’re going to miss having them around, but they are making the right journey. This work is leaving my walls and going out to find new homes.”

Jacob and I are excited about creating a special place for our new family members—two of which are forged iron Haitian Vodou Spirits.