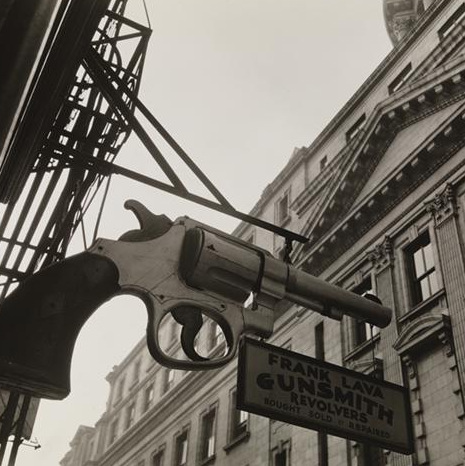 Those famous words were spoken by Berenice Abbott (1898–1991). If you are as inspired by them as I am you’ll enjoy the massive collection at the Museum of the City of New York

MCNY holds more than 2,200 of her remarkable works—each one, a part of New York City’s history. It’s a remarkable collection for its breadth and content and it’s online for you to study. Enjoy!

Born in Springfield, Ohio, Berenice Abbott (1898-1991) came to New York City at the age of 20, then began her career as a photographer during an extended time in Paris, where she worked an assistant to portrait photographer Man Ray. Returning to New York in 1929, she had her first solo museum exhibition at the City Museum of the City of New York in 1934. The Abbott collection consists primarily of her landmark series, Changing New York, created for the Museum under the auspices of the Federal Art Project between 1935 and 1938. It includes the 695 negatives created for the series, along with multiple versions of 307 images printed by the photographer for the finished project.