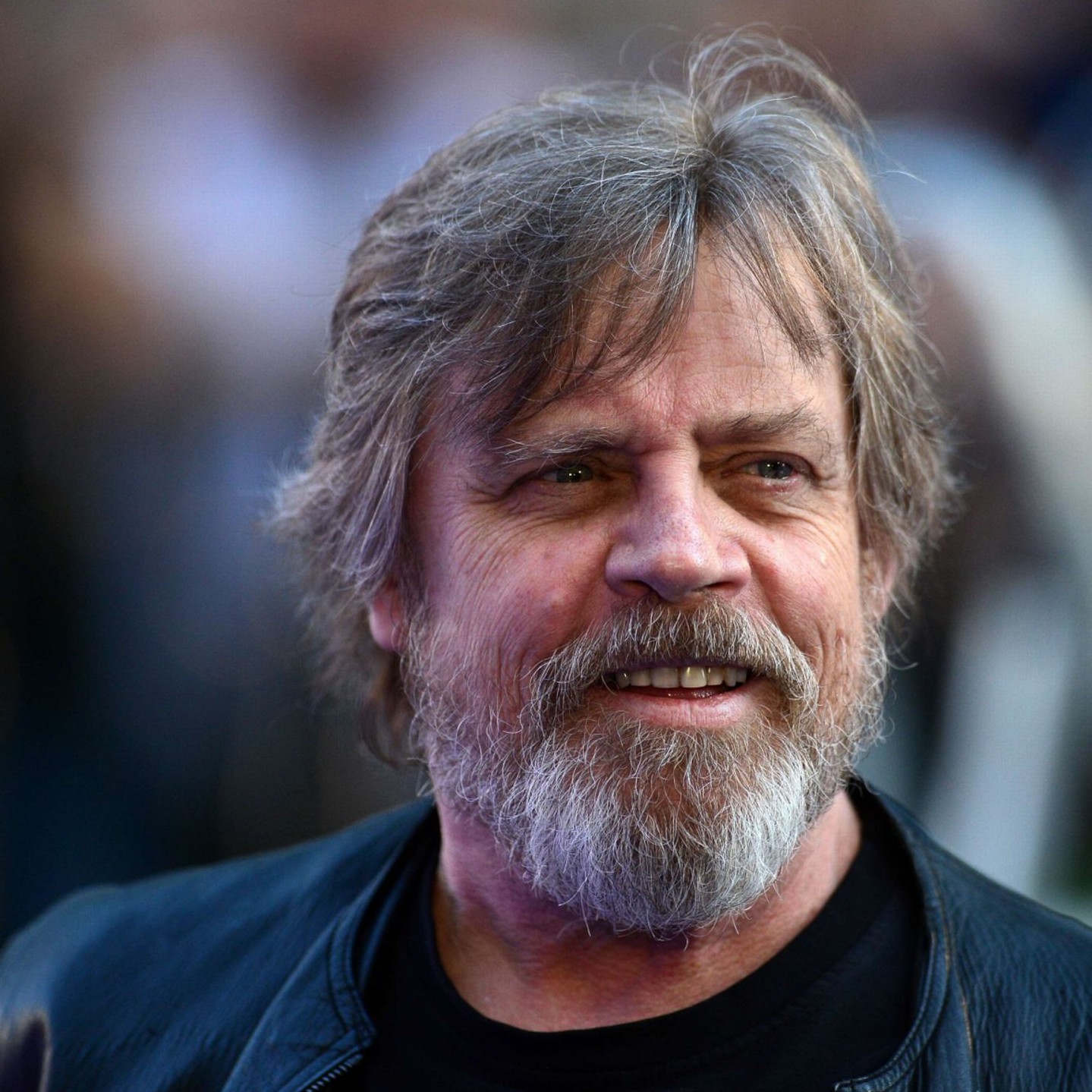 He was a fresh-faced and had just turned 26 when he shot the first Star Wars film, released in 1977. The film made him a household name and favorite of the teen fan magazines.

In his highly anticipated return of the series, it seems like Mark Hamill be a bit more Obi-Wan Kenobi than Luke Skywalker.

The 62-year-old Hamill attended the red carpet premiere of the Guardians Of The Galaxy in London on Thursday while sporting a Kenobiesque beard and the look of wisdom gained over time.