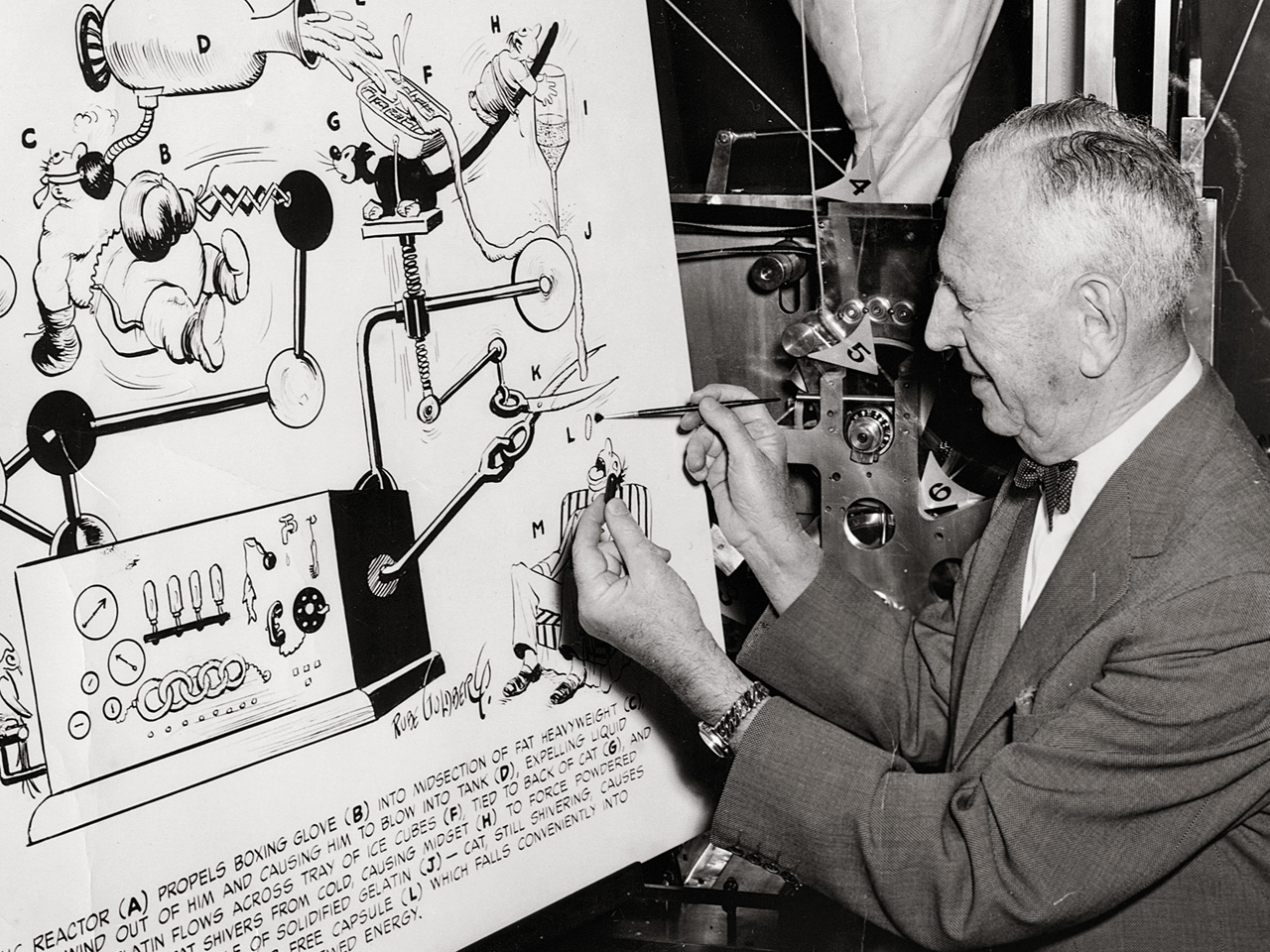 From the Jewish Museum of Maryland:

Not many of us make it into the dictionary as an adjective. But then again, Rube Goldberg was no ordinary noun. He was a cartoonist, humorist, sculptor, author, engineer, and inventor, and in a 72-year career he wrote and illustrated nearly 50,000 cartoons.

Goldberg (1883–1970) was the most famous cartoonist of his time. This book celebrates all aspects of Goldberg’s career, from his very first published drawings in his high school newspaper and college yearbook to his iconic inventions, his comic strips and advertising work, and his later sculpture and Pulitzer Prize–winning political cartoons.

Jennifer George, Goldberg’s granddaughter, began her career as a clothing designer in New York City. Her line, “Jennifer George” was sold at Bergdorf Goodman and Barney’s as well as dozens of other specialty stores across the country. Jennifer closed her doors on Seventh Avenue in the late 90’s to focus on other interests including, but not exclusively, jewelry design.

“My book covers Rube’s 70 year career with a focus on his iconic invention cartoons that made him a household name. Adam Gopnik’s introduction explains my grandfather’s work in a way that is both simple and complicated and weaves together Mousetrap, Dada, US patents, XKCD, and the atomic bomb (#&@%?>!@*#@?) into a coherent and brilliant piece that IS a Rube Goldberg!  I am so proud of this book, seven years in the making,” says George.

She lives and works in New York City with her two amazing / incredible / fabulous / out-of-control children.

Copies of The Art of Rube Goldberg will be available for purchase in the Museum shop at a special discounted rate. Jennifer will sign copies of her book after the talk.

Visit the Jewish Museum of Maryland. It’s a wonderful resource—educational and entertaining.