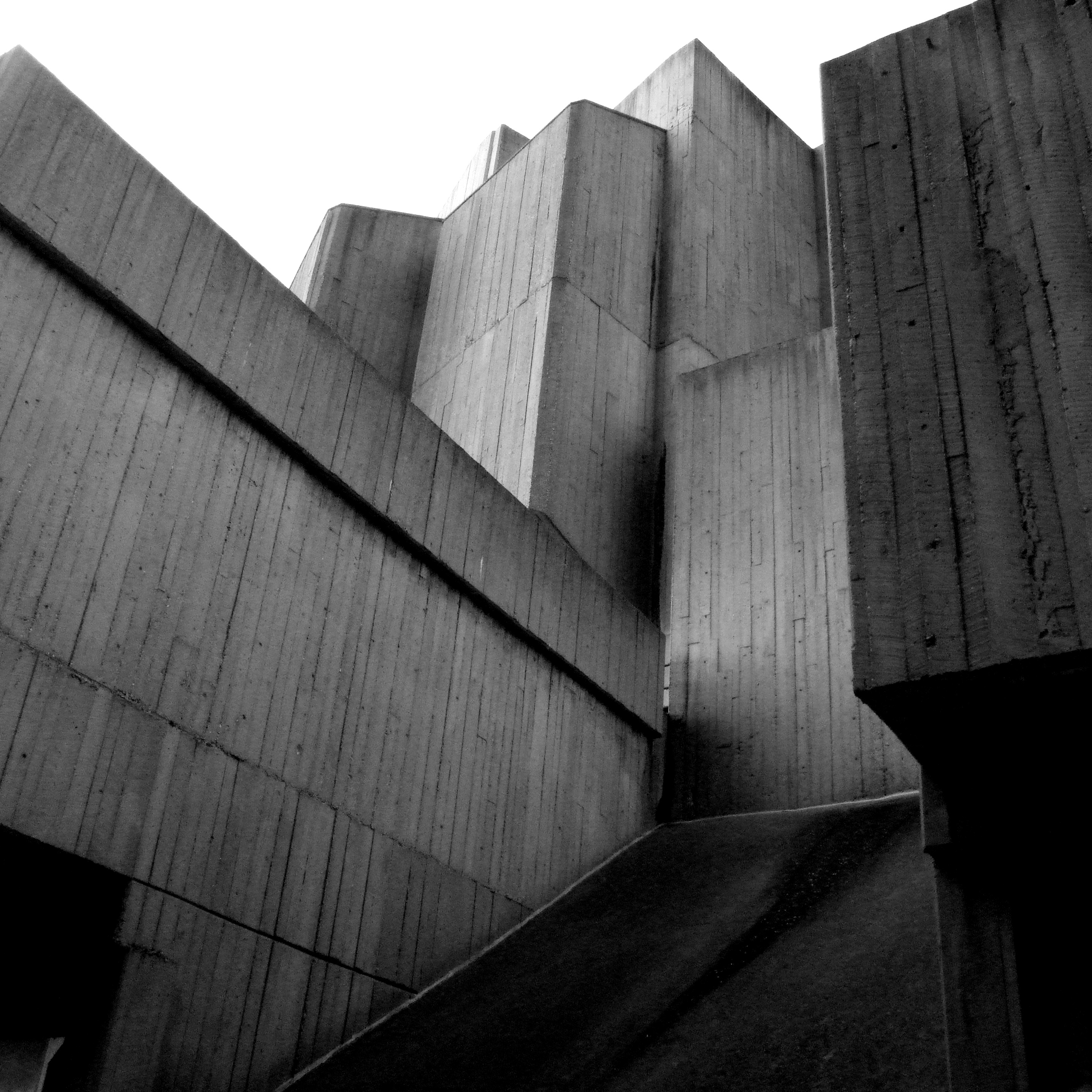 It’s a sad day for admirers of functional expressionism in architecture—the wrecking ball has finally arrived. John M. Johansen‘s brutalist Morris A. Mechanic Theatre at the corner of Charles and West Baltimore Street is coming down.

Over the years I saw a number of shows at the Mechanic and while I’m a huge fan of the structure, the architect, and his concept, it was far from terrific as a theatrical venue. In less than a decade the stage was too small for many Broadway musicals. Built over an underground parking structure (which was always highly profitable) load-in was often problematic for productions coming to town. While orchestra seats were delightful, the balcony seats were hot, cramped, sound varied from one seat to the next, and there were blind spots.

I saw a production of Driving Miss Daisy at the Mechanic in the late 80s. I walked to the box office the morning that tickets went on sale. The show was such a hot ticket that I could only get a pair in the balcony—the production was magnificent; the balcony was so hot that a lady in our row, who had been frantically fanning herself with her Playbill, passed out just as Miss Daisy was saying, “If her grandfather, Old Man Freitag, could see this… what is it you always say?… he’d jump up out of his grave and snatch her bald-headed!”

Morris A. Mechanic elevation and overhead

At 12:15 p.m. on April 30, 2014 Kevin Litten’s notice of the impending demolition was published in the Baltimore Business Journal:

David S. Brown Enterprises Ltd. has obtained a demolition permit to take down the Morris A. Mechanic Theatre, the first sign since March 2013 that the company’s 32-story residential project is moving forward.

The building might remain standing for a few more months, though. David S. Brown Chairman, Howard Brown, declined an interview request, but a spokesman for Brown said the developer is more focused on finalizing details for the overall project than starting demolition right away.

Brown had fended off attempts to preserve the Mechanic, which is considered an iconic but unpopular example of Brutalist architecture. The Commission for Historical and Architectural Preservation in September 2012 established a six-month waiting period to demolish the building, which has long since expired.

One of my favorite Baltimore historians, Jacques Kelly wrote yesterday in The Baltimore Sun:

Market forces drive downtown real estate and artfully designed structures go down like any other building. The plan to build apartment towers on the Mechanic site seems to make sense in light of the emerging downtown Baltimore residential district. And the Mechanic helped accomplish the task of getting downtown nightlife going.

I think back to the days when the Mechanic was orchestrated by Hope Quackenbush, whose office was deep in the recesses of this bulky tub of a building. She’d be talking to a New York theatrical producer under a dense cloud of cigarette smoke. She put her theater patrons first and passionately wanted to keep downtown Baltimore thriving. She succeeded and established one of the largest theater subscription lists in the country.

This was no easy trick to pull off. I recall one warm autumn evening when a smart production of an English drama arrived. Rex Harrison and Glynis Johns were on the stage. My mother bolted from her seat at the intermission and lighted up her unfiltered Lucky Strike outdoors. She tartly warned her fellow smokers to guard their watches and jewelry because, after all, she said, we were standing on West Baltimore Street.

Today, construction workers in hard hats are standing on West Baltimore Street behind protective chain link fence. I see them with their plans and jackhammers as I walk toward the Morris A. Mechanic site every morning and as I walk away from it every evening—the Charles Center Metro station is under the theatre. Every day I see a bit less of the theatre. It makes me sort of sad, but I suppose that’s what happens when form trumps function in design.

One thought on “Baltimore is losing a brutialist work of art”