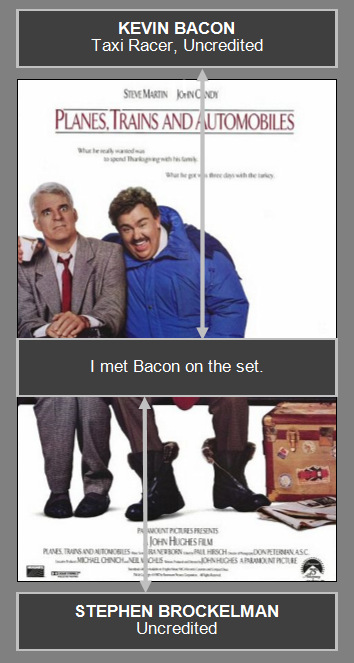 My long-time friend, Jack Gazelle, challenged me to Six Degrees of Kevin Bacon and Jack is pretty darn close.

I met Bacon while I was doing some background work on Planes, Trains, and Automobiles. (Bacon’s 60-second bit didn’t end up on the cutting room floor like mine did—I’m still pissed.)

Truth be told, though, I’d trade twenty Kevin encounters for having had just one single minute with Geraldine Page. So Jack, in my eyes, you win in the end.

One thought on “Separation? Not so much.”