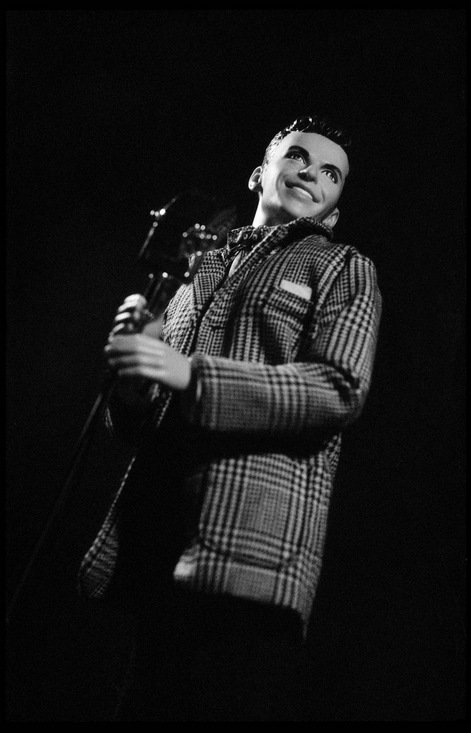 Growing up in Hollywood, Nancy Ellison visited movie sets as a young child. She was fascinated by the actors and action that she witnessed. She studied art history and painting, but while working as a photographer on movie sets she was lured back into the world of film production. Some of Ellison’s most interesting works are her photographs of theater and dance performances. Similar to a single frame from a movie called a “film still”, one could call Ellison’s images “performance stills.” She prides herself on not having a distinctive style, but letting the particular subject, which varies quite widely (Jack Nicholson to Boris Yelstin to the Metropolitan Opera Company), dictate the essence of the photograph. Ellison continues to work and exhibit prolifically. Her photographs have been published in Vogue, Vanity Fair, The New York Times, Life, and Newsweek.