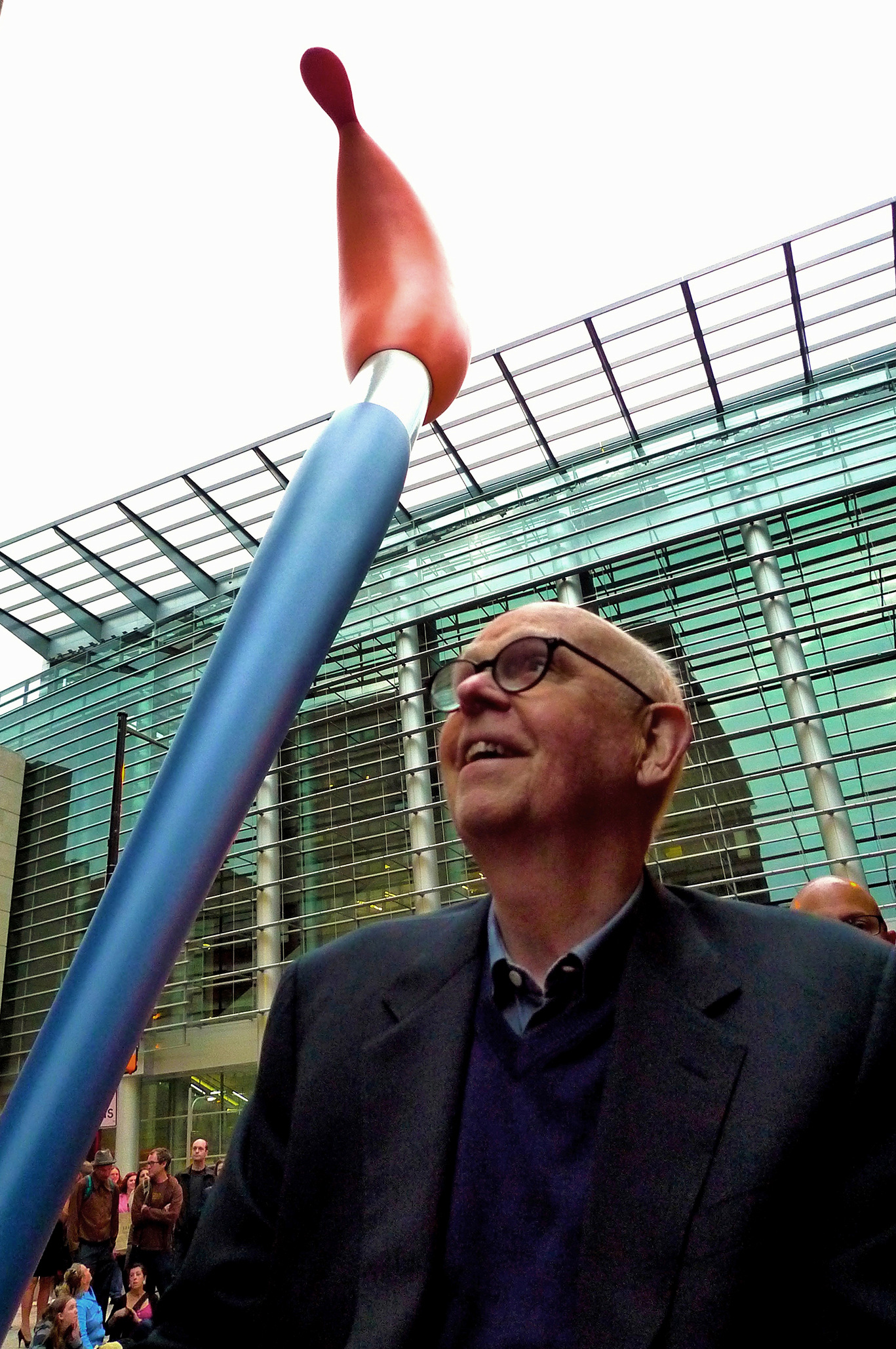 Claes Oldenburg: SPIRIT OF THE MONUMENT

One of the most influential artists of the twentieth century, Claes Oldenburg is known for his soft sculptures, performance pieces, and installations, as well as for the many architectural-scale public works he made with his late wife and partner Coosje van Bruggen. Featured prominently on the Hirshhorn’s Plaza and in the 40th anniversary exhibition, At the Hub of Things: New Views of the Collection, Oldenburg’s works transform the scale, function, and shape of familiar objects, allowing viewers to see the ordinary in unexpected ways. You can visit the Hirshhorn and enjoy this tenth annual Demetrion Lecture, as the artist discusses the development of his inventive sculptural work.

This yealy program is made possible by the Friends of Jim and Barbara Demetrion Endowment Fund which was established in 2001 to celebrate Jim Demetrion’s seventeen-year tenure as the Hirshhorn’s second director.