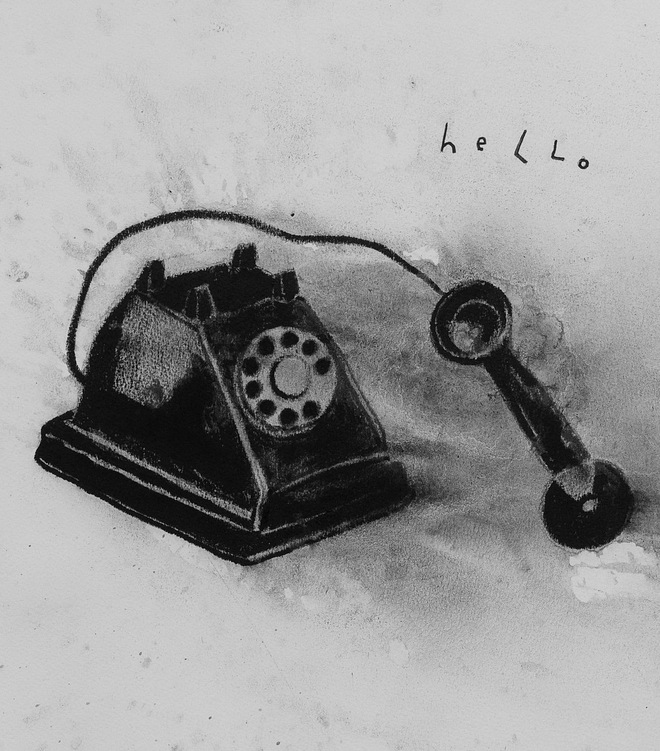 From David Lynch, the mastermind behind such productions as The Elephant Man, Dune, Blue Velvet, Twin Peaks, and Mulholland Drive: Paintings, sculpture, and mixed-media.

According to his PAFA bio, in 1967 as an advanced painting student at the Pennsylvania Academy of the Fine Arts in Philadelphia, David Lynch made a hybrid work of art that brought together painting, sculpture, sound, film, and installation.

Six Men Getting Sick (1967) expanded Lynch’s practice and opened him up to the possibilities of filmmaking. He went on to become internationally renowned as a film director but never stopped working as a visual artist. Lynch has maintained a devoted studio practice, developing a parallel body of painting, prints, photography, and drawing that deserves to be better known. In many ways his identity as an American artist brings together all aspects of his creative life into a unified field of subjects and concerns.

It was in 1967 that David Lynch had his Road-to-Damascus moment. Then a promising student at the Pennsylvania Academy of the Fine Arts here, he was working one night on a dark painting of a garden when it seemed to him that wind was rushing out of the painting and the plants were moving. “I’m looking at this and hearing this,” he recalled years later, “and I say, ‘Oh, a moving painting.’ And that was it.”

DAVID LYNCH This is My Mirror and I Saw This, 2013, ink on paper

This almost biblical epiphany sounds like a scene from one of Mr. Lynch’s movies in which inanimate objects like curtains and radiators seem imbued with supernatural consciousness. It eventually set him off on a career that would alter the landscape of late-20th-century cinema.

The Times article is a great read; I recommend it. Lynch’s art? It’s growing on me.