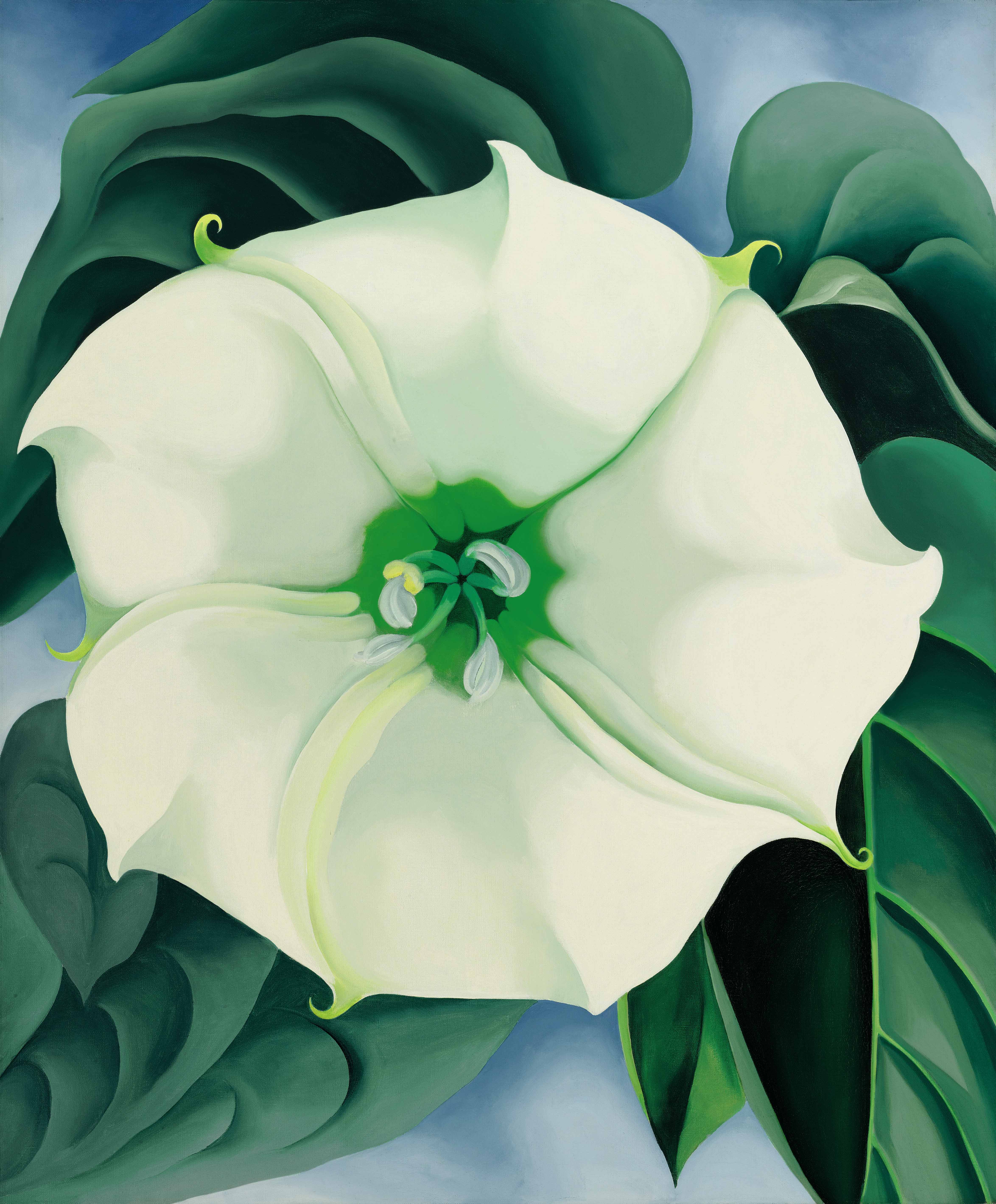 I’ve read several accounts of this price-setting sale of a Georgia O’Keeffe painting and they generally read like this one.

From AP:
A Georgia O’Keeffe painting of a simple white flower has sold for $44.4 million, more than triple the previous auction record for a work by a female artist.

The painting was sold by the Georgia O’Keeffe Museum in Santa Fe, New Mexico, to benefit its acquisitions fund. The buyer bid by telephone. Sotheby’s isn’t disclosing the buyer’s identity.

The previous world auction record for any work by a female artist was $11.9 million. That was the price for Joan Mitchell’s “Untitled” at Christie’s New York in May.

The previous auction record for an O’Keeffe work was $6.2 million, set at Christie’s New York in 2001.

And, this one from ARTNews:
A Georgia O’Keeffe flower painting sold by the O’Keeffe Museum in Santa Fe, N.M., to bolster its acquisitions fund sold for $44.4 million today at Sotheby’s New York, setting a new auction record for work by a female artist.

The high estimate for Jimson Weed (White Flower No. 1) (1932) was $15 million. The New York Times has Sotheby’s reporting seven bidders on the painting, which sold to a phone bidder.

The previous female record, $11.9 million, was set by Joan Mitchell this past May, for an untitled abstract work from 1960.

I find it so odd that artists, whether top-drawer or starving, are still classified as male (no qualification needed in the press) and female (must be stated that the artist was a woman).

Here’s a video that features O’Keeffe talking about the painting, in her own words:

One thought on “You’d think, of all places, the art world would be less gender focused”