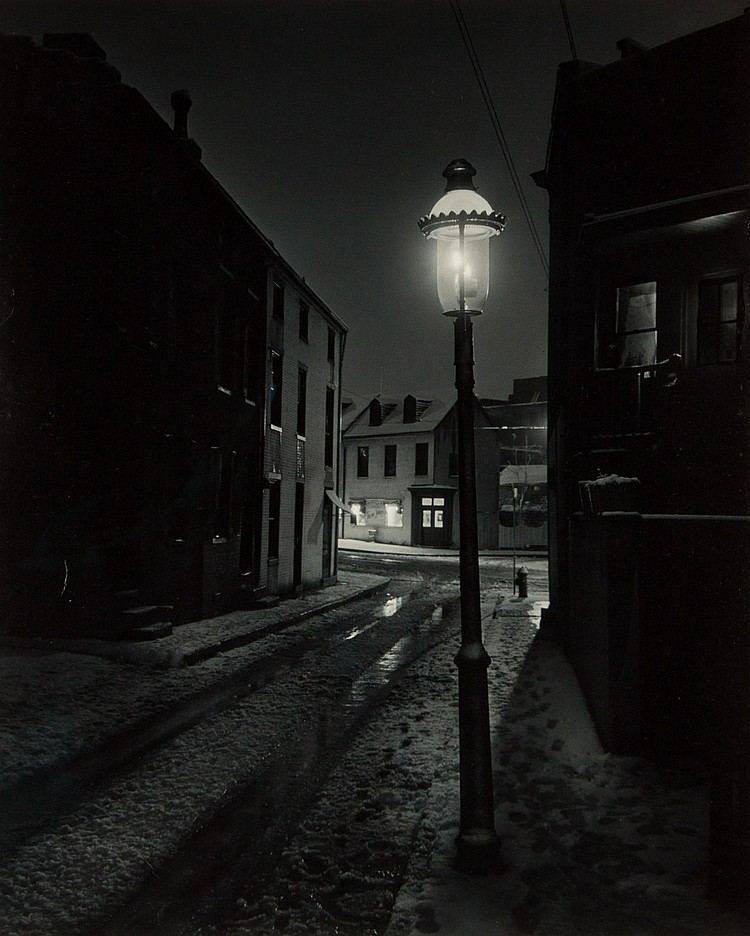 There aren’t a handful of American photographers whom I admire as much as I admire Baltimore’s A. Aubrey Bodine. The man was a genius who worked magic in tones of blacks, greys, and stark whites long before we imagined Photoshop or any form of digital image manipulation.

Yet he did many of the same critical, artistic adjustments to his prints, with the same precision, alone in a dark room. Enlarging, dodging, burning, scattering, blending, vignetting, toning, masking—Bodine did it all. He and Ansel Adams had much in common with regard to their vision, workflow, and results.

As a photographer for the Sun Papers, his work became the world’s view of the mid-Atlantic, Baltimore, our streets, our people, our farmlands, and our waterways. He shared our oyster industry like no other—some of my favorite Bodine images are of oyster fishermen and their catch.

The first up is his magnificent, 17 1/4 x 14 inch, Tyson St. and it’s a favorite of mine. The other is his stunning, 17 x 13 3/4 inch, oceanscape, Ocean City Sunrise. Both are offered framed—to my eye the frames and glazing should probably be updated.

Bodine was by all accounts a class act. An artist I wish I’d been born early enough to meet—possibly to learn from. I’ve been thrilled to become acquainted with his daughter, Jennifer Bodine, who keeps the magic alive at www.aaubreybodine.com.

Bodine, the man at work (is it just me or did Bodine have more than just a little resemblance to F. Scott Fitzgerald?):