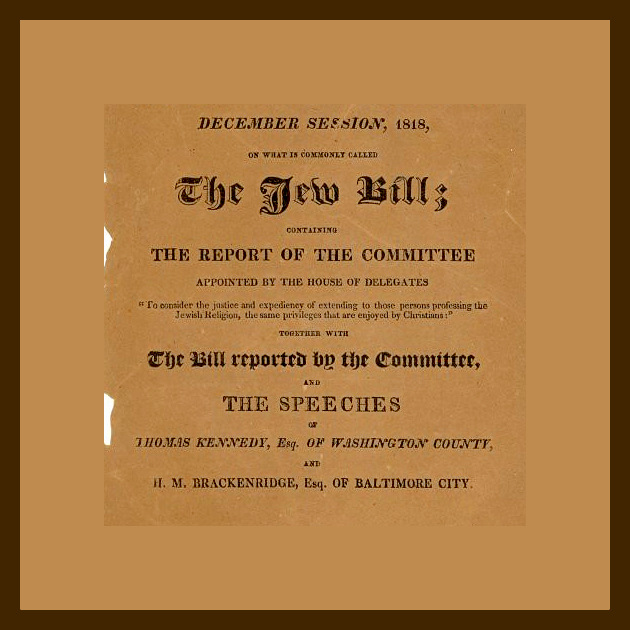 During Maryland’s first decades, a “Christians Only” policy applied to those seeking public office. Dr. Rafael Medoff, a noted scholar of Jewish involvement in American politics, will take a candid look at the Maryland legislature’s debates in the early 1800s over political rights for Jews and other non-Christians—a controversy that sheds fascinating light on the process by which Jews entered the American political arena.

Dr. Rafael Medoff is the author of 15 books about American Jewish history, Zionism, and the Holocaust, including a textbook, Jewish Americans and Political Participation, which was named an Outstanding Academic Title of 2003 by the American Library Association’s Choice Magazine. Dr. Medoff has taught Jewish history at Ohio State University, Purchase College of the State University of New York, and elsewhere, and has served as associate editor of the scholarly journal American Jewish History.