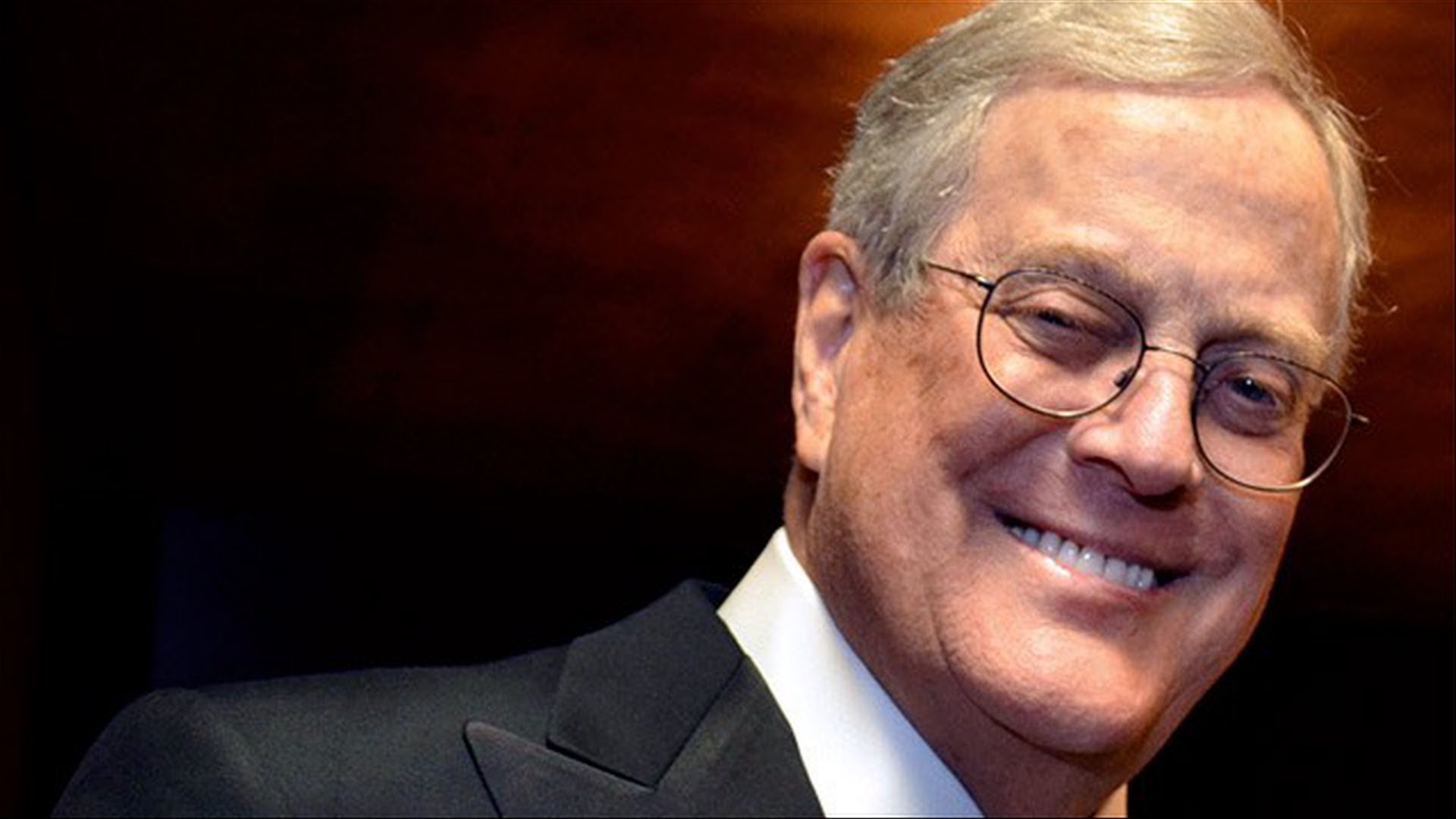 The following post contains information courtesy of ArtNews, where I first read this story; writer and ArtNews contributor, M.H. Miller; The Natural History Museum; and Democracy Now! By way of background, I have included additional information from The New York Times and NYT writers; Justin Gillis and John Schwartz; Greenpeace; and Wikipedia.
___________

The exploration of individuals who have, in the past, or who are now attempting to buy—with deep, seemingly bottomless pockets—positive opinion and goodwill in the age of social media, increasing transparency, and fast fact-checking is an especially fascinating subject.

I share just one, single, life-point with David H. Koch: We are both native Kansans. He was born in Wichita in 1940; I was born in Council Grove in 1950. When I go back to the midwest to visit family the topic of the Koch Brothers comes up in nearly every conversation. I wish it didn’t, but it does. The Koch Brothers and Koch Industries are as polarizing in Kansas as they are around the globe. With over 100,000 employees worldwide and nearly 4,000 in Kansas they are big news in the sunflower state. They are part of the conversation not because of their employee base really, but because of what they attempt to control—opinions, judgements, and, in some cases, general education.

Big business and many conservatives seem to adore and dote on the Koch Brothers; liberals faces often turn beet-red at the sound of their names—their blood pressure tends to rise also, and they often curse. I try to keep from getting so emotionally involved in the conversation that my bodily functions change, but I do loathe what the Koch Brothers and their business stand for.

The focus of this piece is on Koch brother, David H. As a bit of background he was the fourth richest person in America as of 2012, the wealthiest resident of New York City as of 2013, and he was the ninth-wealthiest person in the world, as of 2014. He also doesn’t give a thought to helping to destroying the world’s eco system. He’s also been pretty savvy at buying his way onto boards under the guise of being interested, an art patron, doing good, wanting to be a caring corporate and community citizen. He also seems to like to see his name in lights. His generous contributions to the arts and museums generally require naming rights.

Oil mogul David Koch sits on the board of our nation’s
largest and most respected natural history museums,
while he bankrolls groups that deny climate science.

Scientists including climatologist James Hansen and ecologist George Woodwell have drafted an open letter to science museums across the country to reject money from David Koch, founder of Koch Industries and a major arts donor, and to remove him as a trustee from museum boards. The letter states that “the integrity of these institutions is compromised by association with special interests who obfuscate climate science, fight environmental regulation, oppose clean energy legislation, and seek to ease limits on industrial pollution.” The letter goes on to describe Koch Industries as “one of the greatest contributors to greenhouse gas emissions in the United States,” and says that Koch himself has donated millions of dollars in the last 20 years to fund groups that deny climate change science. It continues:

When some of the biggest contributors to climate change and funders of misinformation on climate science sponsor exhibitions in museums of science and natural history, they undermine public confidence in the validity of the institutions responsible for transmitting scientific knowledge. This corporate philanthropy comes at too high a cost.

To Museums of Science and Natural History:

As members of the scientific community we devote our lives to understanding the world, and sharing this understanding with the public. We are deeply concerned by the links between museums of science and natural history with those who profit from fossil fuels or fund lobby groups that misrepresent climate science.

Museums are trusted sources of scientific information, some of our most important resources for educating children and shaping public understanding.

The Code of Ethics for Museums, adopted in 1991 by the Board of Directors of the American Alliance of Museums, states:

“It is incumbent on museums to be resources for humankind and in all their activities to foster an informed appreciation of the rich and diverse world we have inherited. It is also incumbent upon them to preserve that inheritance for posterity.”

“Museums are grounded in the tradition of public service. They are organized as public trusts, holding their collections and information as a benefit for those they were established to serve…Museums and those responsible for them must do more than avoid legal liability, they must take affirmative steps to maintain their integrity so as to warrant public confidence. They must act not only legally but also ethically.”

We are concerned that the integrity of these institutions is compromised by association with special interests who obfuscate climate science, fight environmental regulation, oppose clean energy legislation, and seek to ease limits on industrial pollution.

For example, David Koch is a major donor, exhibit sponsor and trustee on the Board of Directors at the Smithsonian’s National Museum of Natural History, and the American Museum of Natural History. David Koch’s oil and manufacturing conglomerate Koch Industries is one of the greatest contributors to greenhouse gas emissions in the United States. Mr. Koch also funds a large network of climate-change-denying organizations, spending over $67 million since 1997 to fund groups denying climate change science.

When some of the biggest contributors to climate change and funders of misinformation on climate science sponsor exhibitions in museums of science and natural history, they undermine public confidence in the validity of the institutions responsible for transmitting scientific knowledge. This corporate philanthropy comes at too high a cost.

Drawing on both our scientific expertise and personal care for our planet and people, we believe that the only ethical way forward for our museums is to cut all ties with the fossil fuel industry and funders of climate science obfuscation.

3. Bob Corell, Climatologist; Head of US Office for the Global Energy Assessment; former Assistant Director for Geosciences at the National Science Foundation.

6. Eric Chivian, founder and Director of the Center for Health and the Global Environment at Harvard Medical School. Co-founder of International Physicians for the Prevention of Nuclear War, which won the Nobel Peace Prize in 1985.

7. Henry Pollack, Emeritus Professor of Geophysics at the University of Michigan. Advisor to the National Science Foundation, IPCC member.

13. Jason Box, Climatologist, Professor of Glaciology at the Geological Survey of Denmark and Greenland. Co-author of 2007 IPCC report which won a Nobel Prize.

To sign the letter please email info [at] thenaturalhistorymuseum.org with your full name, scientific credentials, and affiliation (past or present) as you’d like it listed.

You may not be able to sign the academic petition to #KickKochOffTheBoard, but you sure can sign a constituants’ petition right here.

Donations to our museums, art organizations, foundations, and schools are a wonderful thing. I just find it hard to consider the Koch’s generous donations—with their strings, codicils, agendas, naming rights, and contracts attached—honest philanthropy. I’ve always understood that gifts come without restrictions. Or board seats.