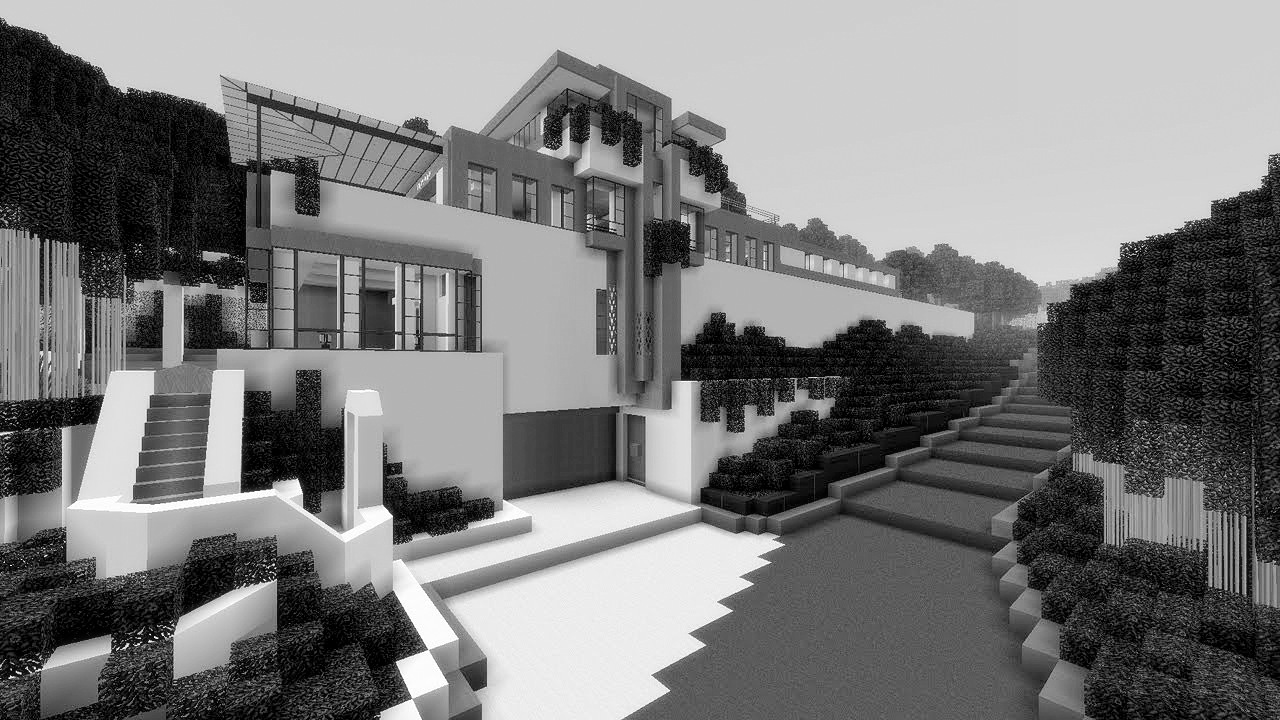 From the song, Tango:

He was a collector of beautiful strangers
And life was a party right up to the end
The door always opened to love and loves’ dangers
Who did it? A lover, a stranger, a friend…

I first saw the Novarro house in 1974. I’d just moved from New York to Hollywood.

The legendary casting director, David Graham, took me on a lay-of-the-land tour of Los Angeles. One of the historic properties that he drove me by was the landmark Samuel-Novarro House in the eastern—and highly tony—area of the Hollywood Hills known as Los Feliz.

David pulled over for a couple of minutes in front of 2255 Verde Oak Drive and shared some stories with me.

As David spoke, it was apparent that regardless of how many stories the house, designed by Frank Lloyd Wright’s son, might have on its own, the story of its original owner, actor Ramon Novarro, easily eclipsed them. The story of Novarro’s life was bigger than that of the home’s architectural legacy and was more interesting than the custom turquoise tile that the structure features.

Ramon Novarro was born in the Mexican plateau city of Victoria de Durango, in 1899. He was a life-long Roman Catholic and three of his sisters, Guadalupe, Rosa, and Leonor, joined Convents and became nuns.

The conflict between his personal life, his desires, his passion, and his religion—in early twentieth-century Hollywood—were troublesome for Novarro for the duration of his career and for MGM studio head, Louis B. Mayer. Mayer offered time after time, to set Navarro up in a sham marriage. At the time, those arrangements were called lavender marriages. Time after time, Novarro declined to entertain the concept.

During his MGM career, Novarro had a much greater interest than appearing socially correct in Hollywood. His consuming interest was his personal secretary and intimate companion, Louis Samuel. Ramon Novarro originally built the Los Feliz house for Samuel on extremely large and very private grounds.

After starring in the MGM silent classic, Ben Hur, Ramon Novarro was at the top of his game. Even by Hollywood standards, he was becoming very, very wealthy—and as his wealth grew, he learned that Samuel was embezzling from him. Their relationship ended.

The structure, which was designed by Lloyd Wright, has been lived in by a legion of celebrities. They include Leonard Bernstein, Jerome Robbins, Betty Comden and Adolph Green, and a host of others. The current historical renovation of the property was commissioned by the previous owner, Diane Keaton.

On the market a few years ago, the 2,690 square-foot home, then owned by Christina Ricci, had an asking price of just a tad over $4.1 million dollars. It sold for $3.8.

What happened to Ramon Novarro, you ask?

He moved out of the house in 1938. From the money that he’d earned during his film career he lived well at his new home in Laurel Canyon. There were persistent rumors that Novarro kept large sums of money with him because of the embezzlement episode with Samuel.

In 1968 Ramon Novarro hired two men—a 22-year-old and a 17-year-old—through a California prostitution agency to have sex with him. The two hired men were brothers, Paul and Tom Ferguson.

They arrived with their own agenda. After torturing him for hours, the brothers murdered Novarro in his home on October 22. They were seeking the location of the legendary hidden stash of Novarro cash. There was none.

According to Los Angeles Police reports, the brothers left the house with $20 taken from Ramon Navarro’s bathrobe pocket.

Peggy Lee sang of Novarro’s life and murder in the song, Tango, included on her Mirrors album released in 1975.