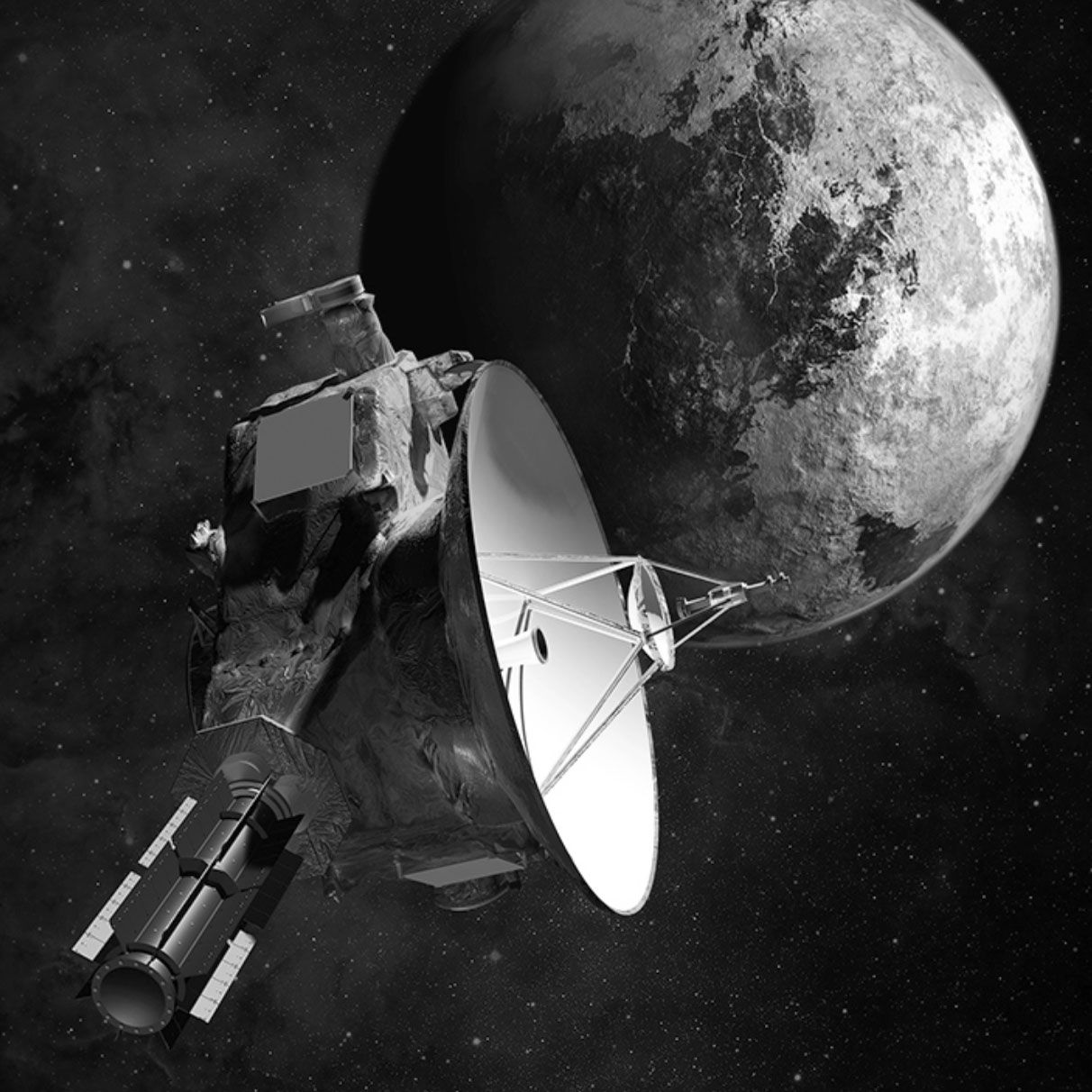 I’ve always been a science and space geek, so I’m looking forward to July 14th and New Horizons’ close encounter with our solar system’s only dwarf planet.

But, I have a more personal reason to be engaged with this NASA mission.

In 2005 I was a freelance copywriter. I also wrote accurate HTML and built a pretty

decent marketing presence on the Internet. I’d been interviewed a number of times for print pieces and online publications.

“Hello, this is Stephen.”

I paused in disbelief; I nearly hung up the phone.

She continued, “I’ve been reading the articles on your website about marketing being more than just writing ads and articles but about creating experiences. I wonder if you might have time to chat with me.”

Over the next week, I went through an intense background and security screening.

The agency provided me with a large one-bedroom suite (with a wet bar and balcony), a sporty rental car, and an expense account. For the next couple of weeks, heaven wasn’t overhead. It was in Pasadena, California.

I had meet and greets with NASA engineers. I listened in on technical conference calls. I was invited to several spectacular lunches with NASA scientists—at The Athenaeum at the California Institute of Technology. I held a piece of Aerogel.

I heard that NASA folks were excited about putting their names on a new spacecraft before its voyage to Pluto. Then, I learned that I could have my name on it, also.

The names of those accompanying New Horizon, in word and spirit, can be found on a NASA New Horizons participant database.

Those were fun times. And to quote Jack Horkheimer, host of the PBS series Star Hustler, “You can realize your dreams if you remember to keep looking up.” To that, I’d add, “And if you’re willing to share and learn.”