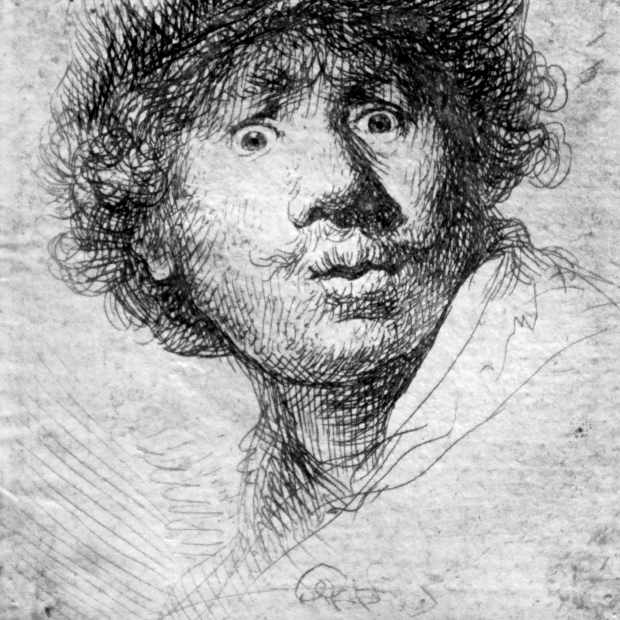 Completed when he was just twenty-three years old, Rembrandt’s Judas Returning the Thirty Pieces of Silver has long been recognized as the artist’s first mature work, his first masterpiece. The painting demonstrates many of the characteristics that would come to define Rembrandt’s style: dramatic lighting, a rhythmic harmony of composition, and his exceptional ability to convey the emotional drama of a scene. Long held in a British private collection, the painting will be shown in the United States for the first time at the Morgan in Rembrandt’s First Masterpiece.

Adding to the importance of the presentation, Judas Returning the Thirty Pieces of Silver is one of very few Rembrandt works for which several preparatory drawings survive. The exhibition reunites the painting and the drawings for the first time since their creation, offering visitors an unprecedented opportunity to take a glimpse over Rembrandt’s shoulder as he worked on this composition.

Rembrandt painted Judas Returning the Thirty Pieces of Silver (1629) on a panel during his Leiden period. A modest-sized work (about 31 by 40 inches), it seems more suited for a domestic setting than a grand hall. The subject, even if we take into account Rembrandt’s lifelong fascination with the Bible and with depicting scenes from the life of Christ, is bizarre because its meaning still remains a mystery.

Are there limits to God’s forgiveness? Are there truly unforgivable sins? Certainly Judas’s betrayal of Christ—betrayal of a friend, a master, a savior—ranks high among sins, and Judas’s name is synonymous with traitor.

But Christ’s sacrifice of himself to redeem humanity could not take place without Judas’s betrayal, leading theologians, professionals as well as amateurs like Jorge Luis Borges, to puzzle over Judas: was he really guilty of the highest crime, or was he God’s instrument in bringing about the redemption of humanity?

And, The New Yorker:

How did the young Rembrandt know so much about existential extremes of emotion? The answer is that he didn’t. Rather, whenever he put brush to canvas, pen to paper, or burin to metal, he posed some puzzle to himself about the meaning of a particular story, social order, or person. As he worked, a solution would come to him, but without finality. It pended completion in other eyes, minds, and hearts: our own, now.

The opportunity to visit this painting and the supporting drawings ends on September 18th.