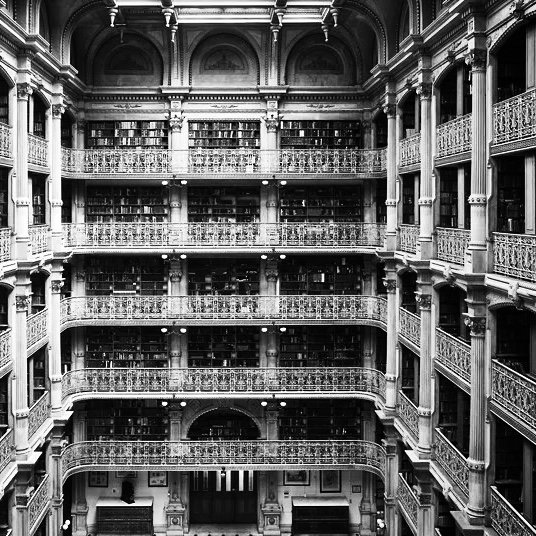 Each year, Peabody Institute of The Johns Hopkins University stages nearly 100 major concerts and performances that range from classical to contemporary to jazz. Other events, generally open to the public, include musicology lectures, book signings, and master classes.

This year all concerts at Peabody are free. Tickets are available through University Tickets.

Here’s the list of the currently scheduled 2016-17 concerts with links to detailed information. Enjoy!

George Peabody established the institute that bears his name as the “first major intellectual and arts center in an American city.” Peabody’s philanthropic vision

transformed the cultural landscape of 19th-century Baltimore and extended the nation’s intellectual horizons. George Peabody is considered to be the first modern philanthropist and the impact of his gift to Baltimore endures today. It was Peabody’s inspiration that influenced Johns Hopkins to provide for the establishment of the university and hospital, William and Henry Walters to found the world-famous art museum across from the Peabody Institute, and Enoch Pratt to underwrite America’s first public library two blocks south of Peabody.

George Peabody believed in the power of the artist to enrich the lives of others. The Peabody Institute, which he founded in 1857, is the practical embodiment of this belief. From its beginnings, Peabody has brought together a community of artists, teachers, and scholars to train other artists and spread an understanding of what the arts can do to uplift the quality of human life. Among the leading musicians who have served on the Peabody faculty are composers Henry Cowell, Elliott Carter, Peter Mennin, Ernst Krenek, Benjamin Lees, Earle Brown, and Hugo Weisgall; violinists William Kroll, Louis Persinger, Oscar Shumsky, and Roman Totenberg; cellists Aldo Parisot and Zara Nelsova; pianists Harold Bauer, Ernest Hutcheson, Mieczyslaw Munz, Reginald Stewart, and Erno Balogh; scholars Nadia Boulanger, Otto Ortmann, and Nicolas Slonimsky.

Since 1986, the Peabody Institute has been a division of The Johns Hopkins University. As such, the Conservatory is uniquely positioned to offer the focused training one expects of a traditional music school within the larger network of the university’s world-famous centers of research and learning in the sciences, humanities, and medicine.