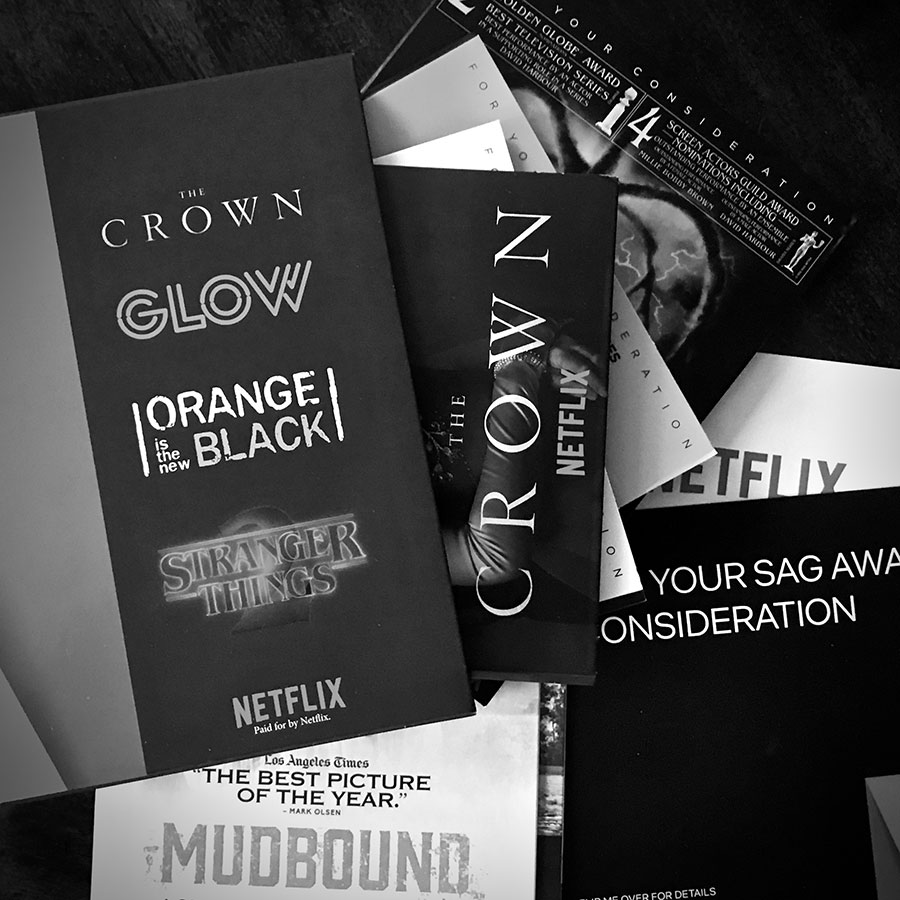 As a 45-year voting member of Screen Actors Guild—and a retired member of Directors Guild of America and the Academy of Television Arts & Sciences—awards season, for me, is like a second Christmas. Late in December the DVDs, digital screening links, and invitations to in-theatre screenings begin to arrive. And suddenly, the phrase, “For Your Consideration“

takes on new meaning; it triggers a frenzy of film and video viewing and considerable mental note-taking.

This year’s viewing period is turning out to be one of the best in quite a long time.

It seems as though there are more outstanding films nominated this year than in recent years past. And while the films are extremely diverse in theme and presentation, what’s really impressive is the breadth of characters represented and the strength of the actors who portray them.

And that makes the voting process ever so much more challenging. How do you compare the cast of Three Billboards Outside Ebbing, Missouri with the cast of The Big Sick or Get Out or Mudbound?

How do you measure James Franco’s performance in The Disaster Artist against that of Denzel Washington’s in Roman J. Israel, Esq? Or, how do you gauge Judi Dench’s work in Victoria and Abdul with Saoirse Ronan’s acting in Lady Bird?

Honestly, I don’t know and I’ve been doing this every year for decades.

Sometimes, while watching, I make pencil-on-paper notes about a few films or performances. That’s always a positive sign for them. There are typically two or three or four films that I watch twice. If I watch a film a third time during the “For Your Consideration” period, I’m usually diving back in to watch the nuance of a particular performance.

Films that I’ve watched twice this year? The Shape of Water, Three Billboards, The Disaster Artist, and Darkest Hour. For the first time in a long time, I shut down one film after watching for about 45-minutes. With all due respect to Rex Reed, he’s wrong—I, Tonya has no redeeming qualities. It is a waste of film stock and a waste of my time.

And, speaking of time, I have a season of The Crown to watch. More later.

Here’s the 2018 awards calendar from this point to the Oscars: