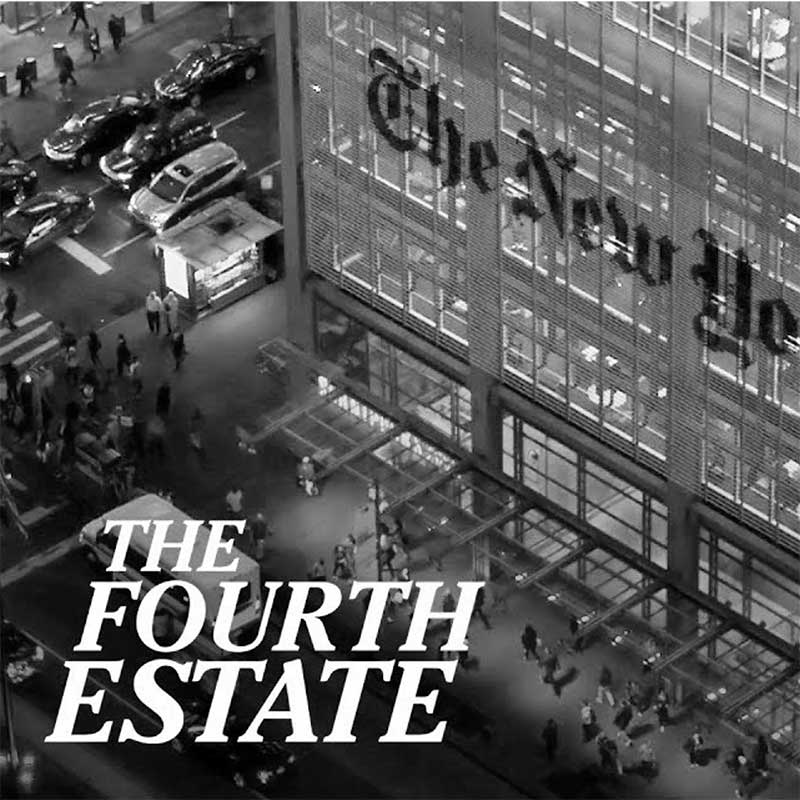 Trump understands that in order to galvanize his followers, they need someone to be angry at. And, it’s us.

Even after acknowledging some of my personal biases—writer, liberal, democrat, news junkie—The Fourth Estate, a 4½-hour, 4-part series, remains one of the most insightful, on-target, and focused documentaries that I’ve seen in many years.

The news doesn’t tell the truth. They have no sources. They just make ’em up. It’s fake, phony, fake. And, I want you all to know that we are fighting the fake news. They are the enemy of the people.

This documentary series about The New York Times in the Trump era illuminates critical issues facing journalism today. A chief task for The Times, long considered the “newspaper of record,” is to find the best way to accurately and honestly cover this unconventional president, even as he tries to undermine them. Through extraordinary access and exclusive interviews, Oscar® nominated filmmaker Liz Garbus chronicles the tenacious men and women in the trenches who are fighting for the freedom of the press and America’s right to know.

The series, which chronicles 16 months in the life of the New York Times is anything but modest. The cinematography is rich and powerful because it’s subtle. The sound design is spot on. Liz Garbus’s direction is considered, thoughtful, honest, and supports the context of the events. Here’s the official trailer.

If 4½ hours seems a bit excessive for a documentary about a newspaper, it’s hard to imagine Garbus condensing it to less, so constant and so bizarre have been the twists and turns in a presidency the Times has covered more thoroughly than anyone. As Baquet predicts at the outset, the inauguration of Donald Trump poses “a big test for us in a lot of ways.” It will be hard, he says, but exciting.

One of the chilling sequences is of a Phoenix rally, Trump’s first political event after his tepid “both sides” rationalization of the violence accompanying the white supremacist march in Charlottesville, Va., drew widespread condemnation. Back before a friendly audience, Trump whipped the crowd into a frenzy, pointing at the “very dishonest media” he suggests oppose American interests. “These are sick people,” he says, and the crowd turns toward the press pen.

“Oh, my God, you hate our president,” a woman screams at reporters amid the chants. “That’s so sick.”