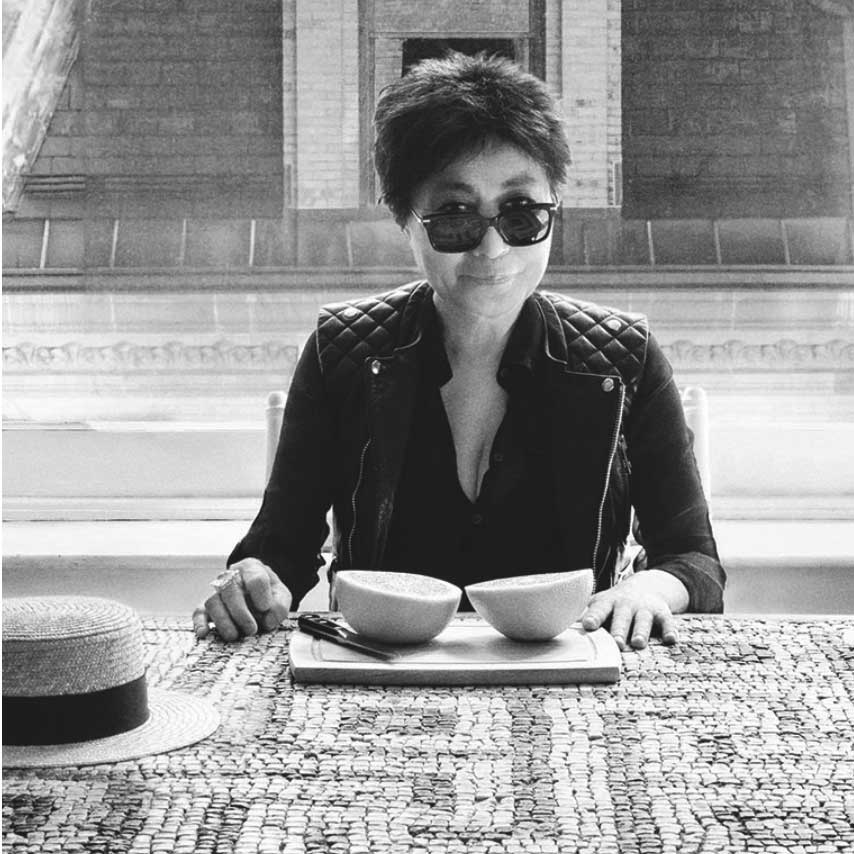 “The world is so messed up. Things are very difficult for everybody. It’s a warzone that we are living in…” says Yoko Ono.

Ono revisits and reimagines 13 songs from her past work, spanning 1970 – 2009, the lyrics and messages still pertinent – perhaps even more pertinent in 2018.

Warzone will be in stores on October 19 on Chimera Music, the label run by Sean Ono Lennon. Leading up to the release date, Ono will releasing a new song each Tuesday on line on streaming services. I’ll feature updates here.

The recordings and arrangements on Warzone are stripped down to their essence. They present a forward emphasis of Yoko’s voice and lyrics.

My favorite cut so far, Now or Never was written by her in 1972. Check out this rendition. She delivers with power and emphasis for today, for 2018.

Here in this minimalist landscape the content of her message rings clear, immediate, and unencumbered. Sometimes somber warnings, sometimes uplifting encouragement—her wisdom and fortitude are unflinchingly strong, her power intensified over time and through life experience.

She ends the ominous questions of Now Or Never (1971) with one of her most famous and inspiring lines: “A dream you dream alone is only a dream, a dream we dream together is reality.”

Warzone—available for preorder at Amazon—further builds on the legacy of an artist unparalleled in her unique and singular vision. At 85 years young, Ono is already plotting her next album.

It is not too late to change the world.
We need you, Yoko. Now, more than ever.