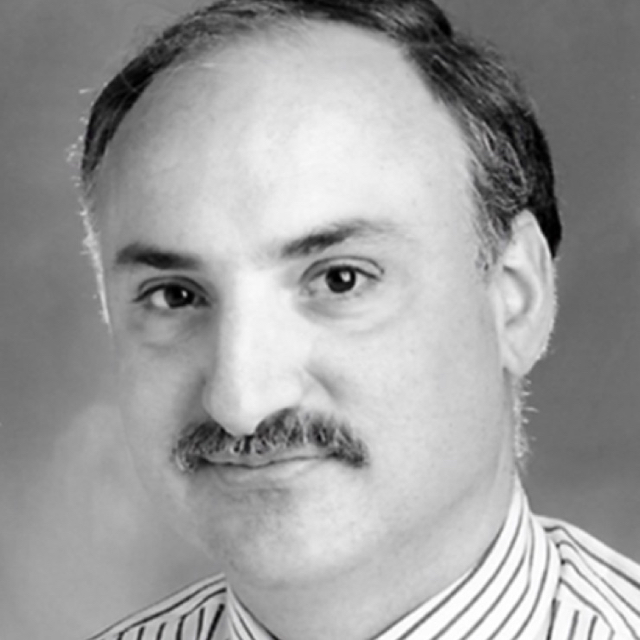 In late 2017, four T. Rowe Price talent scouts were at Bukowski’s—a dark, dusty little joint in Boston’s Back Bay—eating burgers and fries. Bukowski’s is the sort of well-worn tavern that you might expect to see in an old black and white movie. With wide plank floors and long bar, it’s the kind of woody old place where well-seasoned newspaper reporters might gather to sit on wobbly stools, have a beer or two, and tell each other some tales.

In that setting, on a hot, humid autumn afternoon—sitting in the hazy sun by one of the tavern’s few windows—it seemed more than appropriate that Brian Sullam would reminisce a bit about his days as a Baltimore Sun newspaper man.

“So, that’s why I became a writer, a reporter, in the first place,” he said. Brian continued his thought speaking each phrase as a bullet point, “Writers can inform people. Help initiate change. And hopefully, make a difference.”

Brian, Anne Kopp, Jason Policastro, and I were in Boston to interview potential writers and designers at Northeastern University. We were looking for talented students to join us in Baltimore for the upcoming semester of Co-Op work. Brian, an associate engagement communications partner, had been instrumental in organizing the T. Rowe Price student Co-Op program in 2006 and, for eleven years, had been interviewing and helping to select, hire, and mentor each semester’s new Co-Op.

That October trip would be his last tour of duty at Northeastern. Some weeks before, Brian had announced that he would retire at the end of the year.

Born in Pittsburgh, Brian was raised in Hawaii and spent much of his youth surfing.

After high school, he moved to Baltimore to attend Johns Hopkins University, where he graduated with a degree in international studies. He also attended the School of Advanced International Studies in Washington, D.C.

INFORMING PEOPLE
Brian began his writing career in 1973. He and a few of his friends founded a bi-weekly, alternative newspaper called the Hawaii Observer. The Hawaii Historical Society cites the publication as, “An Independent journal of news and the arts featuring careful, literate investigative journalism of local politics.”

Serving as reporter and associate editor, Brian was the first journalist to break the story of greed, mismanagement, and political manipulation at what was, at the time America’s largest charitable trust, The Bishop Estate. Twenty years later, that corruption—and Brian’s coverage of it—was still big news.

In 2006 Samuel King and Randall Roth published a book about the unchecked power at The Bishop Estate called Broken Trust. The book was reviewed, praised, and excerpted in the Honolulu Star. Shortly afterward, the Star published this letter to its editor:

“It might be of interest for your readers to know that a now-defunct publication called the Hawaii Observer ran a series of articles in 1975 describing in detail the excesses of the trustees of the Bishop Estate.

“They were authored by my son, Brian Sullam, and were titled ‘Bishop Estate, The Misused Trust.’”

Some years after the Observer folded, Fred Trotter, an early investor in the paper was asked why he had provided the start-up publication with money. He said, “Hawaii has historically lacked two things: investment capital and new ideas.”

In 1976, Brian left Hawaii for Washington, D.C., where he became a staff writer for the Washington bureau of The Journal of Commerce. At the journal, he covered energy and the economy.

INITIATING CHANGE
Brian joined The Baltimore Sun in 1979 as a business reporter and editorial writer where he covered financial institutions—including T. Rowe Price.

For a time, his desk was next to that of police reporter David Simon, until Simon took a leave of absence to write a novel. Brian recalled thinking, “Simon’s leaving to write a novel? Good luck with that.” (Brian appeared briefly in episode 8 of Simon’s The Wire.)

In 1985 Brian exposed the corrupt practices of Old Court Savings and Loan’s president Jeffrey Levitt—his stories for the Sun precipitated the collapse of Maryland’s privately insured savings and loan system. The following year, he was awarded first place in business reporting for his coverage of Old Court by the Maryland-Delaware-D.C. Press Association.

In 1990, Brian was awarded a Freedom Forum Asian Fellowship from the University of Hawaii. He took a sabbatical from the Sun to spend a year studying Asian politics, history, and literature as he travelled across the region—visiting Japan, China, Thailand, Korea, and Hong Kong.

MAKING A DIFFERENCE
Brian arrived at T. Rowe Price in 2001. He made a significant, positive difference every day of his 17-year career with the firm. Brian’s knowledge of complex financial offerings and his ability to distill that information into understandable, actionable nuggets was highly regarded. He approached articles about our culture, our values, and our corporate social responsibility efforts thoughtfully and creatively. He wrote comprehensive, carefully researched stories about our leaders’ rise to management and he authored insightful articles about many of those same individuals as they headed toward their own retirement.

While every piece of copy was made better by Brian’s pen, what might be his greatest achievement as a T. Rowe Price associate was the impact that he had on young writers over the years.

When I asked her about her time at the firm, Joanne DeCaro wrote from Los Angeles, “One of the absolute highlights of my internship, my Co-Op time, at T. Rowe Price was having the privilege to work with Brian. We would sit down in his office and he would talk me through every draft of every article. It was the first time I’d had someone discuss my writing with me in such depth—let alone on an almost daily basis. His mentorship meant the world to me. It truly transformed my writing. However, what really made my time interning under him so special was simply Brian being himself and heartily extending his friendship to me. I loved to sit in his office sharing quips, discussing current events, and listening to him share stories of Baltimore’s bygone days. Brian’s humor, his warmth, and his great paternal care for everyone on his staff made him an exceptional mentor and, more than that, a trusted friend.”

And another former Northeastern Co-Op, Jesse Goodman said that, “Brian Sullam was more than just a mentor to me—he was my friend. The first time I met him, he told me about how he had been given a part in The Wire as an extra. From that, and other personal and professional stories he shared, I could tell that he was a highly accomplished, yet friendly, fun-loving, and kind person. And, I trusted him.

“As a student journalist, hearing about his experiences at the Baltimore Sun reminded me why I wanted to work for a newspaper. His wisdom and the advice he gave me around business and financial writing were priceless. But the best parts of working with Brian were the times we went to lunch and just talked about life. He always helped to brighten my day. As a mentor, he was a genuinely smart and giving. And as a friend, he was open and warm. I’m thankful that I was able to get to know him and learn from him during my time at T. Rowe Price.”

LEAVING A LEGACY
Over the years, Brian more than delivered on all three of the reasons that he became a writer, a reporter. His carefully chosen words combined with his natural storytelling ability informed people and helped to initiate change. His guidance, mentorship, and friendship—combined with his kindness and humble generosity—will be remembered by many, for many years to come. Brian’s words and actions have always made a profound difference and they continue to.

Oh, and that favorite corner spot by the window at Bukowski’s? It will forever be—to me and to all of us who over the years raised a glass with him there—Brian’s Table.