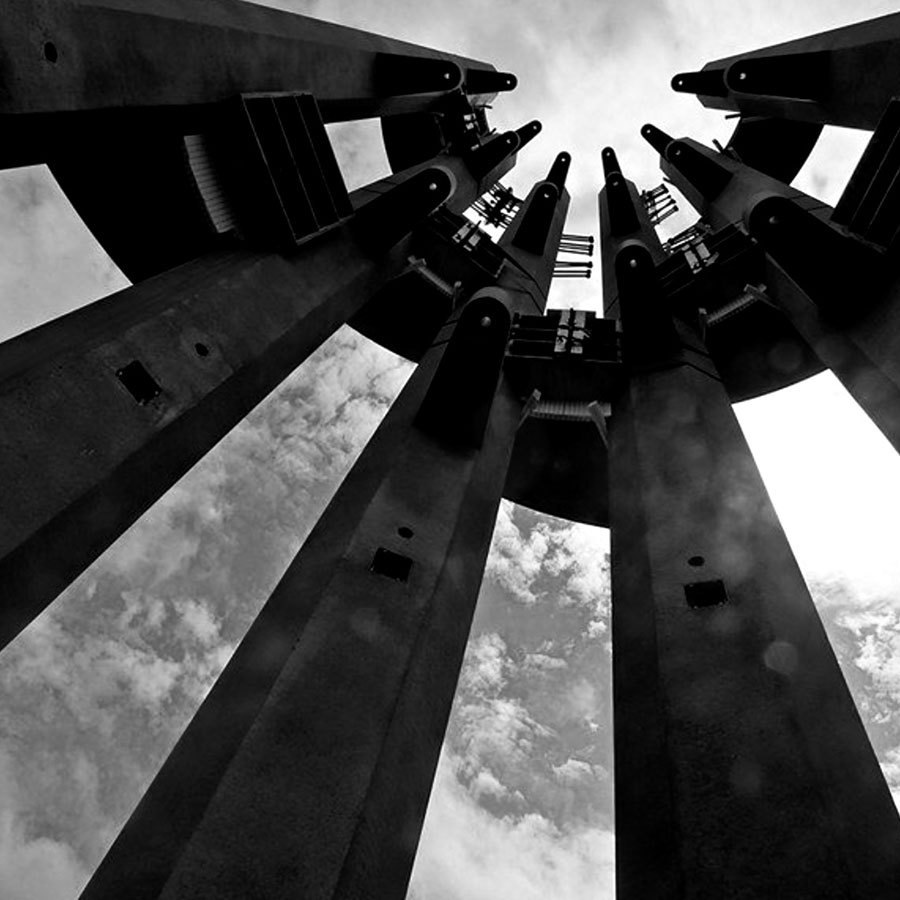 (Updated 9/11/2022)
It’s been two decades since passengers on a hijacked flight from New Jersey to California fought back on September 11, 2001, against a band of terrorists who then crashed the jetliner into a rural Pennsylvania field. A symbol of their bravery and sacrifice was unveiled Sunday 9, 2018, at the place where they fell to earth. The event was streamed live via the Friends of Flight 93 Memorial website.

The Tower of Voices, a roughly 93-foot- (28-meter-) tall concrete and steel structure, contains a wind chime for each of the 40 passengers and crew members who were killed on Sept. 11, 2001, and represents the final phase of Flight 93 National Memorial. Each chime will generate its own distinctive sound.

“Together, their voices will ring out into perpetuity, with this beautiful Somerset County, Pennsylvania, wind,” park Superintendent Stephen Clark said.

The memorial at the crash site, about 2 miles (3.2 kilometers) north of Shanksville, includes a memorial plaza, dedicated on the 10th anniversary in 2011, and a visitor’s center.

At the heart of the Tower of Voices are the chimes, aluminum tubes that range from 5 to 10 feet (1.5 to 3 meters) long and weigh as much as 150 pounds (68 kilograms). They have been tuned, but no one can be quite sure how they will sound until they are installed.

“We wanted to do—I’ll call it a living memorial in sound—because the last memory of many of the people on the plane was through their voices on phone calls,” said Paul Murdoch, the memorial’s Los Angeles-based architect. “And we wanted to use the natural forces of the site to activate the chimes.”

Nearly 3,000 people died in the Sept. 11 attacks, when terrorists seized control of four planes. They flew two of them into the World Trade Center skyscrapers in New York and the fourth into the Pentagon in Arlington, Virginia, just across the Potomac River from Washington, D.C.

The Flight 93 passengers learned in mid-flight they had been hijacked and responded heroically, declaring “let’s roll” as they acted to confront their adversaries inside the plane. Officials concluded the terrorists were aiming the Boeing 757 toward Washington to be used as an enormous airborne weapon.

Thirteen passengers on the plane made a combined 37 phone calls during the attack, getting information about the other three hijackings and crashes.

“When they learned that, it galvanized them as a group,” Clark said. “They said, ‘We’re not going back to any airport. This is a suicide mission.'”

As some passengers apparently tried to storm the cabin, the hijacker at the controls then rolled the plane, trying to throw them off balance, before the aircraft became inverted and crashed at 563 mph (906 kph) on the edge of a reclaimed strip mine at 10:30 a.m.

Overview
The Tower of Voices serves as both a visual and audible reminder of the heroism of the forty passengers and crew of United Flight 93. On September 09, 2018, Flight 93 National Memorial will host a dedication event to complete the final phase of construction and complete the permanent memorial.

The tower is conceived as a monumental, ninety-three feet tall musical instrument holding forty wind chimes, representing the forty passengers and crew members. It is intended to be a landmark feature near the memorial entrance, visible from US Route 30/Lincoln Highway. The Tower of Voices will provide a living memorial in sound to remember the forty through their ongoing voices.

The tower project will be constructed from 2017 to 2018, with a dedication of the project on September 9, 2018. Funding for the design and construction of the project is provided through private donations to the National Park Foundation and the Friends of Flight 93 National Memorial.

Uniqueness of Design
There are no other chime structures like this in the world. The shape and orientation of the tower are designed to optimize airflow through the tower walls to reach the interior chime chamber. The chime system is designed using music theory to identify a mathematically developed range of frequencies needed to produce a distinct musical note associated with each chime. The applied music theory allows the sound produced by individual chimes to be musically compatible with the sound produced by the other chimes in the tower. The intent is to create a set of forty tones (voices) that can connote through consonance the serenity and nobility of the site while also through dissonance recalling the event that consecrated the site.

Design Features
The tower is approximately ninety-three feet tall from the base to the top, with some height variations. The Tower cross-section is a “C” shape with a fifteen-foot outside diameter and eleven-foot inside diameter. The “C” shape allows sound to reflect outwardly from the open side in a fan-shaped pattern. The chimes will be suspended a minimum of twenty feet above the main plaza and will be suspended from the interior walls of the tower up to the top.

The tower walls will be constructed of precast concrete segments linked by connectors. The chimes will be constructed of polished aluminum tubes ranging eight to sixteen inches in diameter and approximately five to ten feet in length. The size of each chime is dependent on the musical note and associated frequency that it is intended to produce. Chimes of this size and magnitude do not currently exist in the world. The chimes are wind activated and will have internal strikers attached to sails projecting from the bottom of each chime.

Surrounding Landscape
The tower is located on an oval concrete plaza that is built on top of an earth mound to create an area more prominent on the landscape. The plaza includes two curved concrete benches facing the opening of the tower.

The tower is surrounded by concentric rings of white pines and deciduous plantings. The concentric plantings may be interpreted as resonating “sound waves” from the Tower, alluding to the auditory qualities of the chimes housed within. A direct paved path leads to the tower from the parking lot. A longer, meandering crushed stone path winds through the trees and allows visitors an alternative approach to the tower. All other landscaped areas of the project will be planted with a native wildflower seed mix similar to other landscaped areas of the park.

Visit online at the Flight 93 Memorial at the National Park Service.