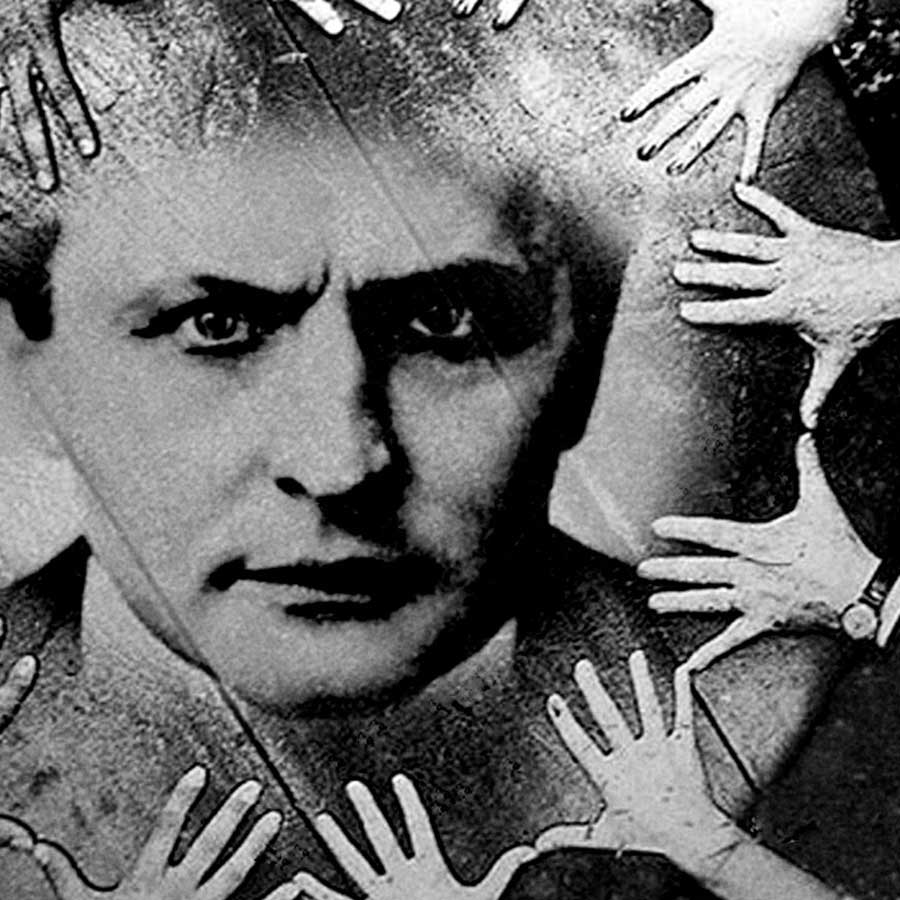 Houdini died on Halloween 92 years ago.

October 31, 2018 will mark the 91st annual Official Houdini Séance—and its first-ever occurrence in Baltimore. Houdini performed in Maryland many times over the course of his career. We’re hoping that he’ll finally decide to make an encore appearance and make it here!

This year’s seance will be held at the Jewish Museum of Maryland (JMM) and will include roving magician performances, expert presentations, the official séance itself, and a spectacular finale, along with wine and a light dinner (Jewish dietary laws observed).

Harry Houdini died at Grace Hospital in Detroit on Halloween 1926.

Prior to his death, he told his wife, Bessie—and close friend, confidant, and mentalist Joe Dunninger—that if he died he would make every effort to communicate with the living and he established a secret code to guarantee proof should he be successful. Every year since his death, an official séance has been held to see if he could “come across the veil” and prove the spiritual afterlife existed. So far, he has never visited from beyond. But then again, the séance has never been held in Baltimore.

After 10 years, Bess Houdini declared the séance efforts over; however, Houdini’s brother Hardeen took up the torch and continued the tradition for many more years. There was never a sign from Houdini. When Hardeen passed away, his protégé and magic collector, Sidney Radner, was directed to continue the séance and did so every year until his death at 91 years of age in 2011. He partnered with his good friend Tom Boldt for many years to produce the event.

Today, Sid’s son, Bill Radner and Tom continue the tradition. They have selected a small group of Houdini experts and enthusiasts to be part of the “Inner Circle” and sit at the séance table. In the past, these séances have been small and private. However, as the interest in Houdini has continued to grow, the official séance was opened to others in 2012.

Get your tickets for this year’s event—seating is extremely limited for the séance and just a few tickets are still available. JMM has planned a special Halloween weekend family day inspired by their current exhibit: Inescapable: The Life and Legacy of Harry Houdini. You will learn a little magic, conjure up some delicious treats, and enjoy some marvelous crafts. JMM will host special performances and workshops throughout the day! Get the full schedule now.