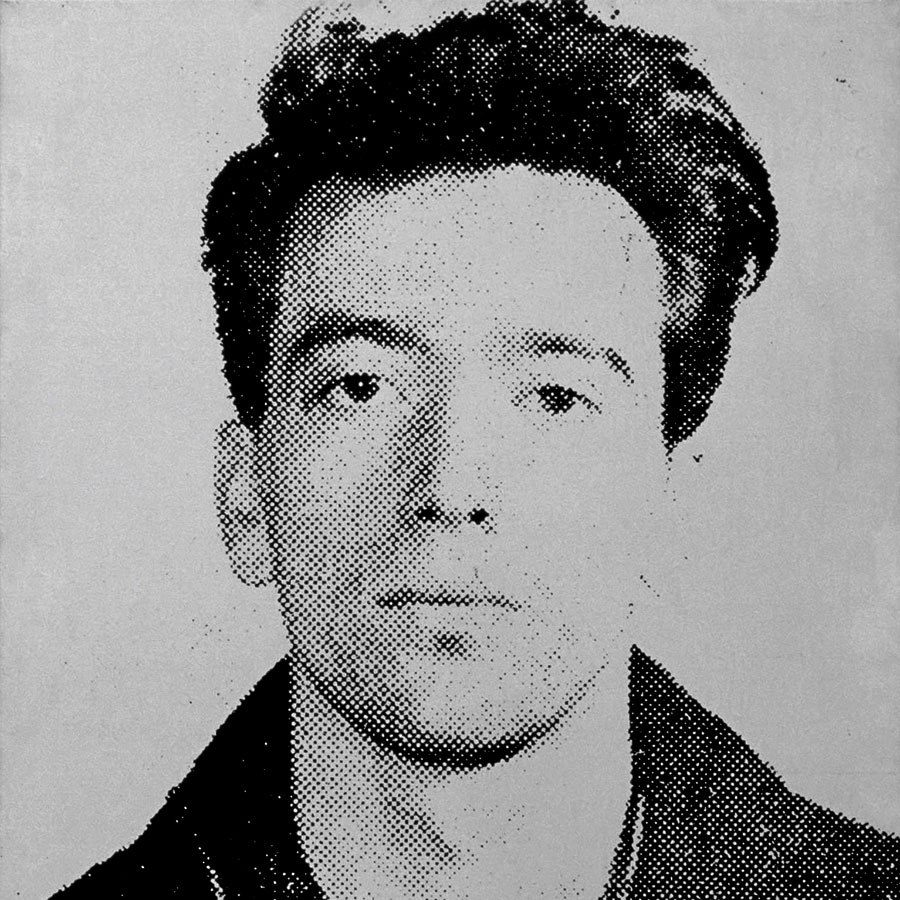 Actually, John Jr was marginally infamous before Warhol came along.

His mugshot was taken by the New York Police Department on October 27, 1958. The photo’s accompanying description read in part, “…being a person of slight build, with brown wavy hair, brown eyes and tattoo marks: on left arm, a panther and a rose with Eileen and John: on right arm, a heart.”

After he fled and disappeared prior to trial, John J. Henehan, Jr was sought by the FBI as a “most wanted” for armed robbery and drug possession.

Andy Warhol became part of the John Henehan, Jr story in 1964 when he included the mugshots of Henehan and 12 other criminals in a commission for the 1964 World’s Fair in New York.

I’ve been a fan of Warhol’s 13 Most Wanted series for decades—I’ve always found the image of Henehan the most intriguing, the most interesting of the group. I was 14 years old when Warhol created the larger-than-life image of Henehan and, to me, he looked a lot like teenagers hanging around the high schools and soda fountains in Kansas where I grew up.

Last May, Christie’s sold Most Wanted Men No. 11, John Joseph H., Jr at their Post-War and Contemporary Evening Sale in New York.

It sold for $28.4 million. This is the promotional video Christie’s produced prior to the sale. It’s a fine explainer and engaging promotional piece.

Christie’s also has an outstanding backgrounder story on their website. It’s a great narrative.