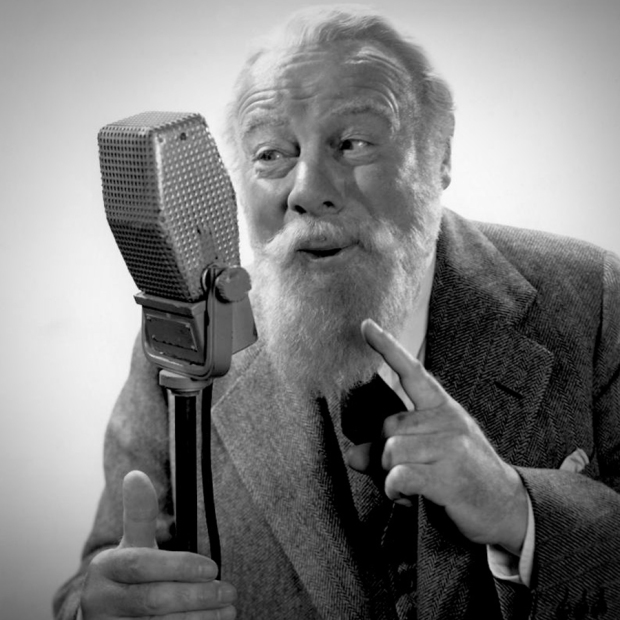 It’s always seemed odd to me that Santa Claus—Kris Kringle, in the 1947 movie Miracle on 34th Street—lifted his cane and smacked Macy’s psychiatrist, Granville Sawyer, on the head. Even as a kid it seemed out of character to me. The bop on the head was deserved, but out of character. Sure, Kris was exasperated with all the nonsense and nonbelievers, but his character had also been established as a great reasoner, debater, and a kind-hearted soul who could bring most anyone around to his vision of a kinder, gentler, more giving, and understanding world.

After I left work a couple of days ago, I took the elevator down to the garage, started our VW Beetle, and headed up the exit ramp to Light Street. SiriusXM was tuned to Symphony Hall. I’d had an unexpectedly complex day and I wasn’t in the mood for Mahler. I hit the button for the Broadway channel and was presented with a tune from The Little Mermaid—I instantly hit the change button (SiriusXM needs a Broadway channel for adults and one for Disney fans). I tried the 60s channel, but Do You Know the Way to San Jose, didn’t cut it, either. I was grumpy.

I finally landed on the Radio Classics channel. I listened to Screen Directors Playhouse and I learned something pretty cool from the 30-minute, radio-version of Miracle on 34th Street which was originally broadcast on NBC during Christmas week, 1949.

This short clip from the show changed the way that I’ve thought of the story for many decades:


This version of Miracle on 34th Street—presented by NBC Radio to a studio audience of 500 needy kids—was much darker overall than the movie and Kris Kringle was a much more conniving character.

Here’s the scoop: Kris popped Granville Sawyer on the head to create a lawsuit to take to court that would give young lawyer, Fred Gaiely, a high profile case so that Gaiely would get national recognition and become a high-paid lawyer so he could afford to buy the house on Long Island for Doris and Susan!

Well, then. It all makes sense now.