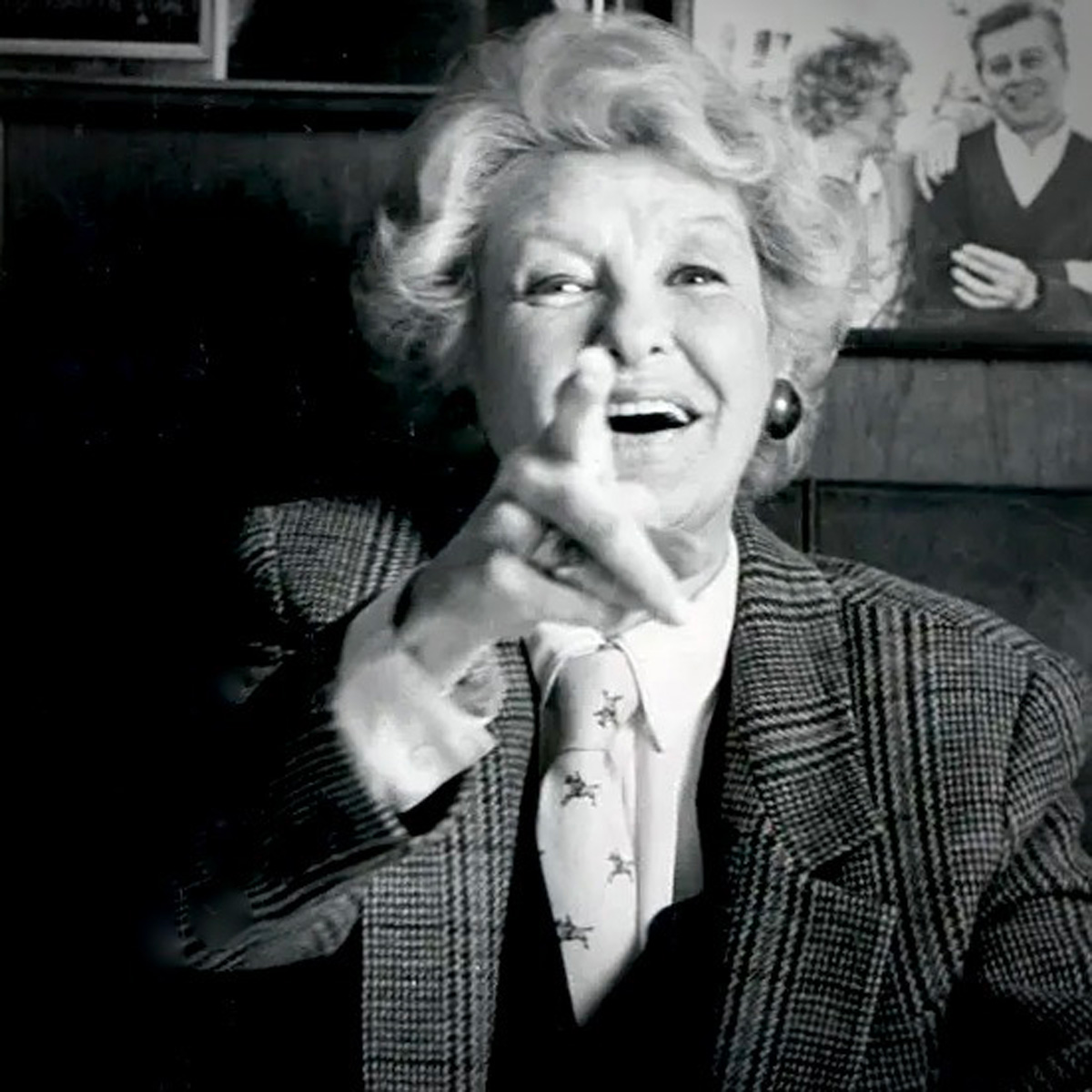 Christmastime, 1971
I’d just returned to New York after being on the road in the cast of The Impossible Years. After month-long stays in whistle-stops like Raleigh, Memphis, Oklahoma City, and Little Rock, I was thrilled to be back home in the City.

While he was away, I lived in my boyfriend’s apartment—a walk-up brownstone on West 51st Street in Hell’s Kitchen. I worked at The Penny Candy Store in Greenwich Village. The boyfriend, Randall Robbins, was on the road in the national tour of the Sondheim musical, Company—they’d just opened at the Forrest Theatre in Philadelphia.

I hadn’t planned on buying a Christmas tree that year. But I was feeling festive. There’s nothing quite as bright (store windows and Rockefeller Center), fragrant (roasted chestnuts and hot pretzels with mustard), or musical (choirs and carolers) as are the holidays in Manhattan.

During the last minutes of a Friday night in late December, I closed The Penny Candy store. I locked the door and left the smells of dark chocolate, peppermint, peanut butter, and almond paste behind. The night was extraordinarily cold, and the air had that particular crisp, clean scent that predicted snow. Bundled up in a wool scarf and black peacoat, I headed toward the Christopher Street subway station. On the way, I walked into an evergreen-scented cloud where a sidewalk vendor was selling Christmas trees. One of his trees called my name, and I bought it.

There were no tree-baler machines in those days
The vendor hand-wrapped the six-foot fir—round and round and round—with brown twine and attached a small wooden carrying handle to a few of the strands of twine. The handle was of little use. It broke less than a block away. I reached way down inside the tree, grabbed it by its trunk, and trudged on toward the uptown IRT.

The authorities frowned on transporting trees on subway cars. There’d been warnings on radio and TV: A person could be fined for such behavior. Yet, as a cost-conscious scofflaw with an MTA token firmly in one fist and a tree not so firmly in the other, I waited about halfway down the station stairs until I heard the rumble of a train approaching. Finally, hearing metal wheels screeching to a stop on metal rails, I darted down the stairs, dropped my token in the turnstile, and scurried through the train doors just before they closed.

The train lurched forward
And that’s when the twine snapped. The tree—once the subway car—proudly unfurled to its broad and mighty width. A guy in a black motorcycle jacket and leather chaps glanced up—briefly.

Exiting the 50th Street Station, I headed toward Randy’s apartment with that unwieldy, broad conifer in tow. At that point, I dragged it, and my hands were sticky with pine sap.

I didn’t have a tree stand, and I didn’t have any ornaments. The ornaments could wait, but the tree was going to need water. So as I continued to walk, I hatched a plan. I knew where Randy’s building’s super kept a large metal bucket. Construction on the Uris Building at 51st and Broadway was coming to an end, and I’d seen a few piles of sand under tarps on the site.

I dragged the tree up the stoop, then up two flights of stairs, and leaned it in a corner of the living room. It was close to 2 a.m. when I “borrowed” the bucket from the super’s maintenance closet and headed out for some construction-site sand.

My clandestine sand run was successful
As I’d carried and then dragged the bucket down the street and up the stoop, I noticed that my bucket of ill-gotten sand was really, really heavy. Unusually heavy.

After the tree was standing tall and firm and I’d heavily watered it, I went to bed, I fell asleep wrapped in the smell of fresh pine boughs, the smell of Christmas.

Later that afternoon, as I was decorating the tree with a couple of boxes of newly-purchased lights and ornaments, the phone rang. It was Randy.

“Pack a bag for a couple of days, Stephen. And come to Philly. Elaine is taking the whole cast out for Christmas dinner. Partners are invited!” He didn’t have to sell me on the idea of breaking bread with Elaine Stritch and the Company company. I boarded an express bus at Port Authority.

Dinner at Zorba’s was an endless feast of spanakopita, moussaka, stuffed grape leaves, and old theatre stories. As cocktails, wine, and Ouzo flowed, so did a litany of lightly veiled actress-on-actress stabs in the back and hours of knowing-winks and riotous laughter.

I’d always been a huge fan of Elaine. That night, I fell deeply in love with her.

Back on West 51st Street
The Christmas tree looked tragic. I got a pitcher of water and poured it into the bucket. Every single drop rolled right off and down onto the floor. I poked at the sand with my finger. It was hard as a rock—or cement, to be more accurate. My stolen sand turned out to be premixed dry concrete.

Over the days, rigor mortis had overcome my once proud tree. Now, far too rigid and broad to fit through the door, I dismembered it with a hacksaw—branch by branch by branch.

For me, 1971 ended with the sounds of thump, thud, thump, thud as I dragged the trunk of the naked tree—still firmly embedded in the bucket of cement—down the stairs, down the stoop, and out to the curb.

Christmastime forty-two years later
On a sunny day in mid-January 2014, an envelope arrived at my apartment in Baltimore. The return address was: ES, Carlyle Hotel, New York City. On the enclosed notecard, Elaine wrote, “You remembered me at Xmas time. Thank you.”

It was Elanie’s last Christmas; she died the following July.

[If you enjoy my bits of memoir, feel free to share them.]

9 thoughts on “Theatre people: A 70s Christmas in New York, a dinner in Philadelphia, and a petrified Christmas tree.”