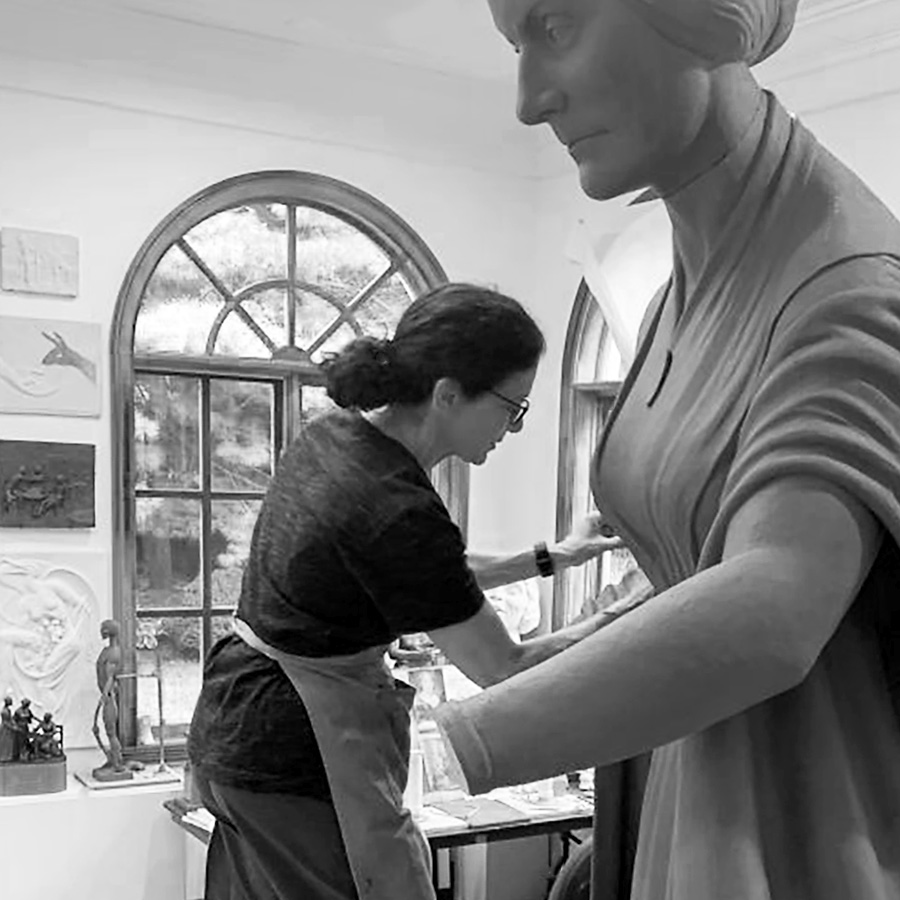 Actually, there are two figural statues of women in Central Park, but they’re monuments to Mother Goose and Alice of Wonderland—both fictional figures.

It’s Women’s History Month, so I think it’s especially timely to note that sculptor Meredith Bergmann is working to change the landscape of Central Park with a new bronze. She’s creating a statue honoring three women’s rights pioneers Sojourner Truth, Susan B. Anthony and Elizabeth Cady Stanton. The statue will be located in Central Park’s Literary Mall and will be the first statue depicting real women to have a presence there over the park’s 166-year history.

The statue is to be unveiled on August 26, 2020, the Centennial Anniversary of the Ratification of the 19th Amendment, when women won the right to vote.

Conceived, created, and privately funded by the Monumental Women’s Statue Fund—an all-volunteer led nonprofit made up of women’s rights advocates, historians, and community leaders, the commission to create the piece was awarded to Meredith Bergmann.

Monumental Women began working to develop the statue and secure a prominent location on Central Park’s famed Literary Walk in 2014 and the organization raised $1.5 million to pay for the statue.

“With this statue, we are finally breaking the bronze ceiling. It’s fitting that the first statue of real women in Central Park depicts three New York women who dedicated their lives to fighting for women’s rights,” says Pam Elam, President of Monumental Women. “This statue conveys the power of women working together to bring about revolutionary change in our society. It invites people to reflect not just on these women and their work

for equality and justice, but on all the monumental women who came before us. We are pleased to have broken through every city bureaucratic barrier to help make this happen.”

You can discover more about sculptor Meredith Bergmann by visiting her website.