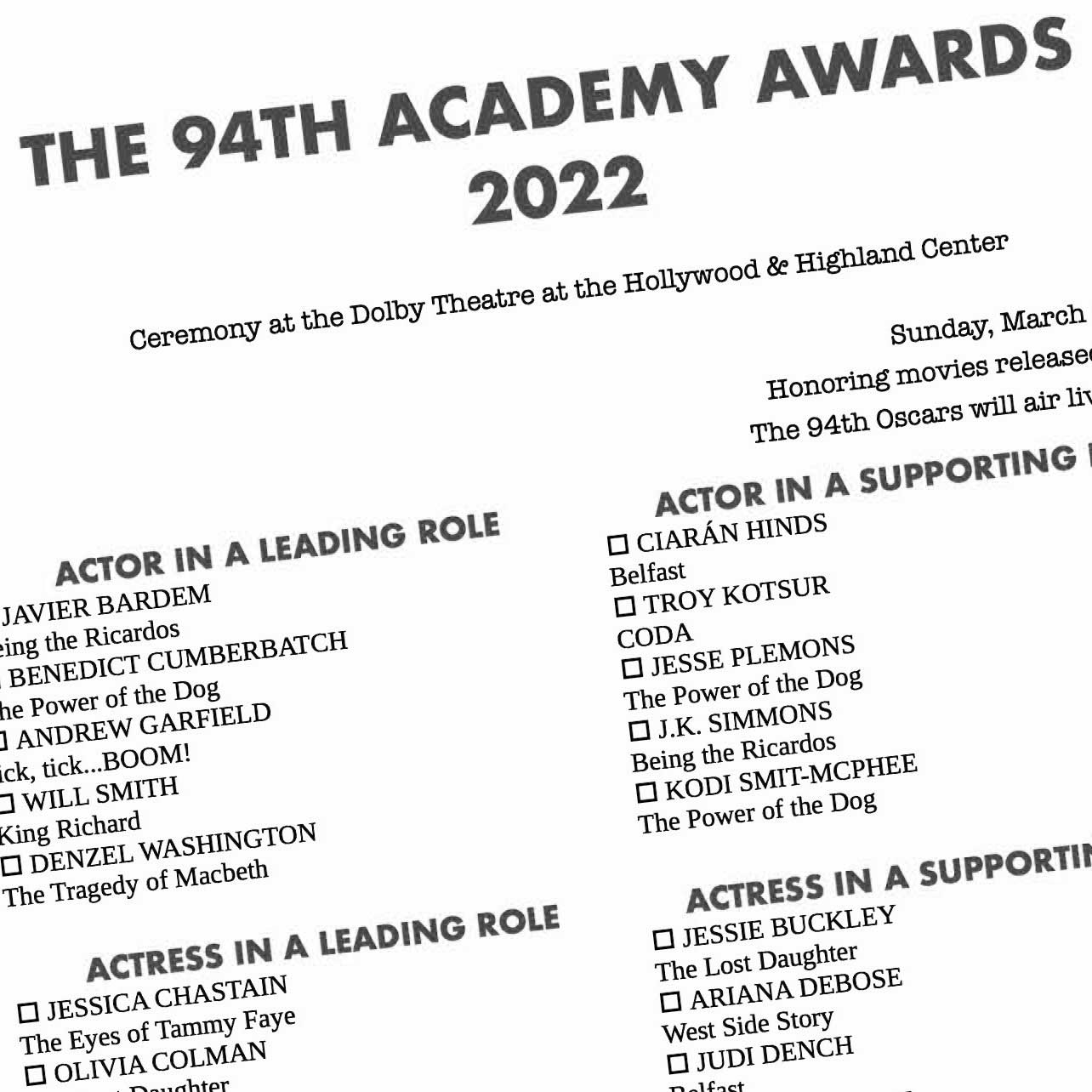 The 94th Academy Awards ceremony, presented by the Academy of Motion Picture Arts and Sciences (AMPAS), will honor the best films released between March 1 and December 31, 2021, and is scheduled to take place in Hollywood, California on March 27, 2022.

One thought on “Here’s your ballot for the 94th Academy Awards. Download, print, and enjoy the Oscars®!”