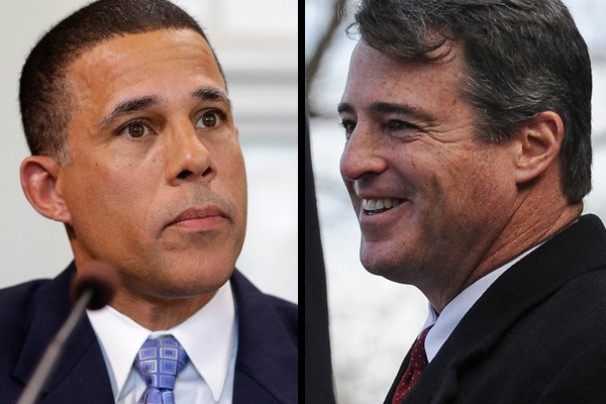 You may not be able to see it, but the first televised debate in Maryland’s Democratic primary for governor will be held—and broadcast—tonight, May 7, followed by a second debate on June 2.

The only commercial Maryland station scheduled to have a live feed is WHAG-TV in Hagerstown.

According to the Baltimore Sun’s David Zurawik, “While some residents are likely to see Baltimore’s exclusion as another example of the city’s declining importance in state politics, a spokesman for the Washington station that is partnering with the University of Maryland and Bowie State University to present the debate said Tuesday that it offered a live feed to WBAL-TV, but the city’s NBC affiliate declined. Dan Joerres, WBAL’s president and general manager said his station declined because it was already scheduled to carry the other two gubernatorial debates, one Democratic and one Republican in June.”

Isn’t that nice? WBAL is scheduled to air syndicated programs “Inside Edition” and “Access Hollywood” tonight instead of our state’s 1st Gubernatorial Debate of the year.

Check your Comcast listings for Maryland Public Television stations broadcasting the event—unless, of course, you live in Hagerstown. Hagerstowner’s are good to go thanks to WHAG.

UPDATE: Just received an email alert from the Baltimore Sun. They will be streaming the debate live online. But, it’s behind their paywall.