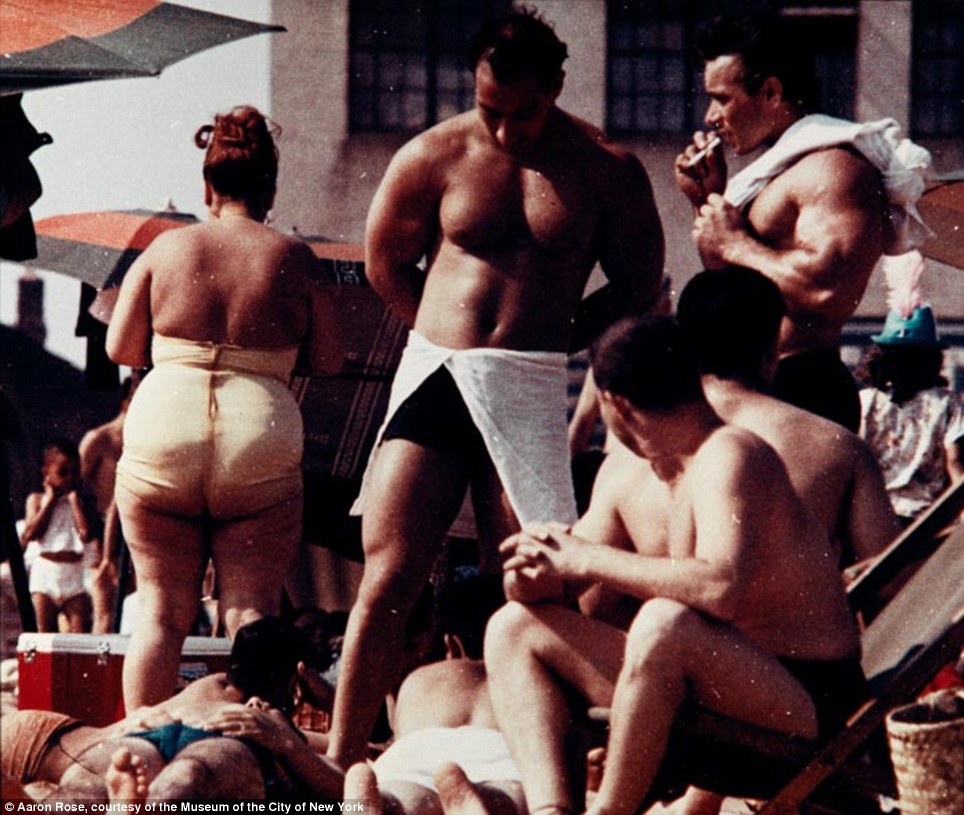 This is a delightful and insightful show of  Rose’s photographs—the exhibit opens tomorrow. This is the epitome of street photography although all photos were taken on the beaches of Coney Island.

The Museum of the City of New York:

When Aaron Rose began photographing Coney Island in 1961, he bypassed the bluster of the theme parks and sideshows for the more intimate interactions of beach dwellers. Wielding his camera surreptitiously, observing as if from a neighboring blanket, Rose documented a “sun-baked melting pot” of beachgoers of all ages, ethnicities, and walks of life, each one utterly not self-conscious, absorbed in a world of their own.

The beach as seen in Rose’s pictures is a way of life: the great equalizer welcoming the young, middle-aged and elderly. There’s a lot to be learned from this show.

The UK’s Daily Mail wrote: Rose’s photos do not shy away from strangers’ most private moments, often in closeup, as they appear blissfully unaware that they are being photographed at all. The artist explained that in order to achieve that effect and allow people to behave naturally around him and his camera, he had to move very quickly and be almost invisible to those around him.

Photography critic Vince Aletti has described Rose’s Coney Island photographs as remarkably intimate portraits of people relaxing as if in the privacy of their own homes.

In a World of Their Own

Discover more about this remarkable show of Aaron Rose’s work.