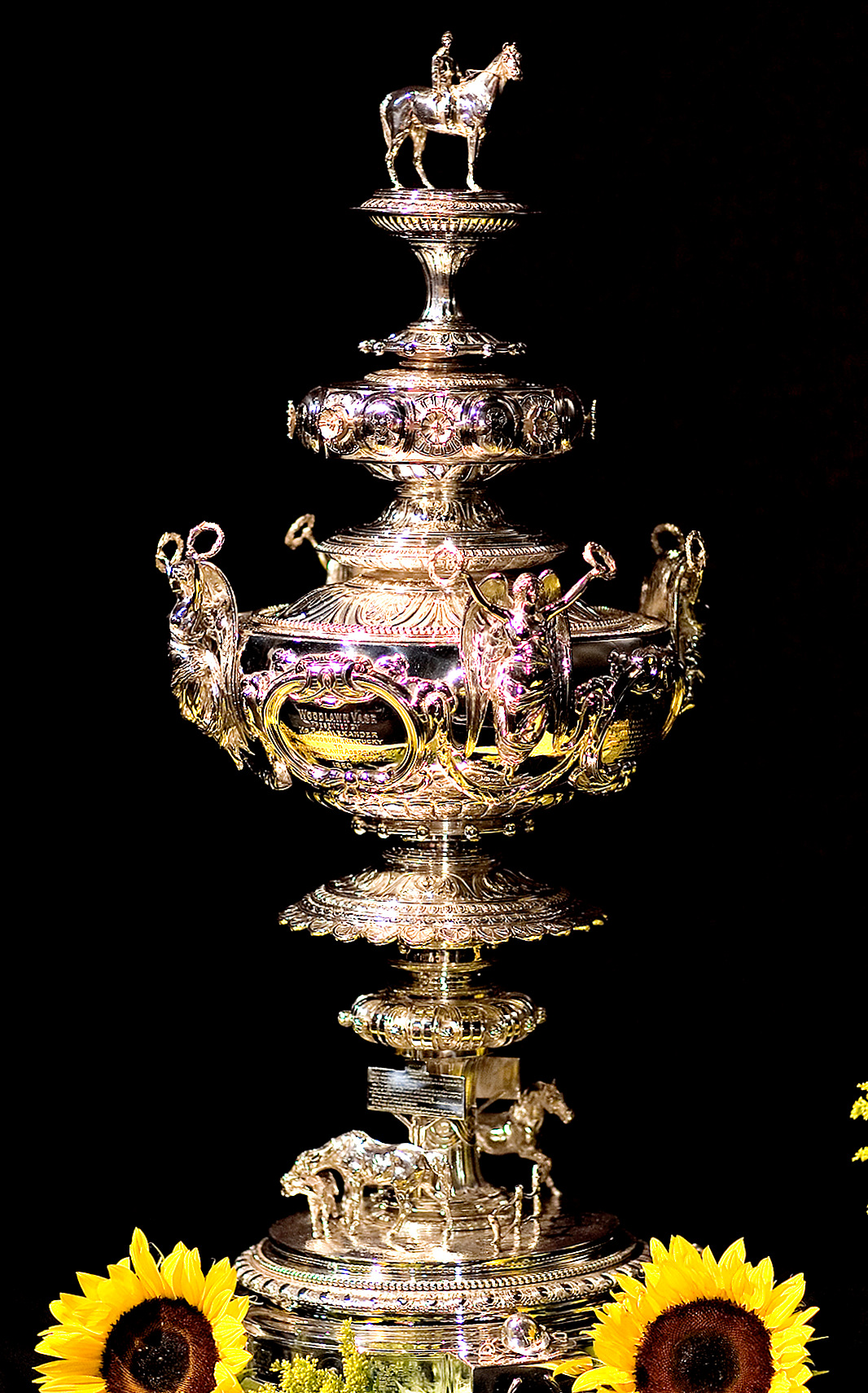 In 1860, Wilkes B. Spirit wrote in The Times, The American Gentleman’s Newspaper, “Messrs. Tiffany & Co., the celebrated jewelers, on Tuesday last, sent to Louisville, KY a massive silver vase, for the Woodlawn Race Course Association, the most elegant of its kind ever made anywhere in the world.”

Now then, let’s get on with the Blackeyed Susans.

You’ll find many, many fun facts in the 2022 The Preakness Media Guide

One thought on “The Preakness trophy, 10 things to know about the Woodlawn Vase”