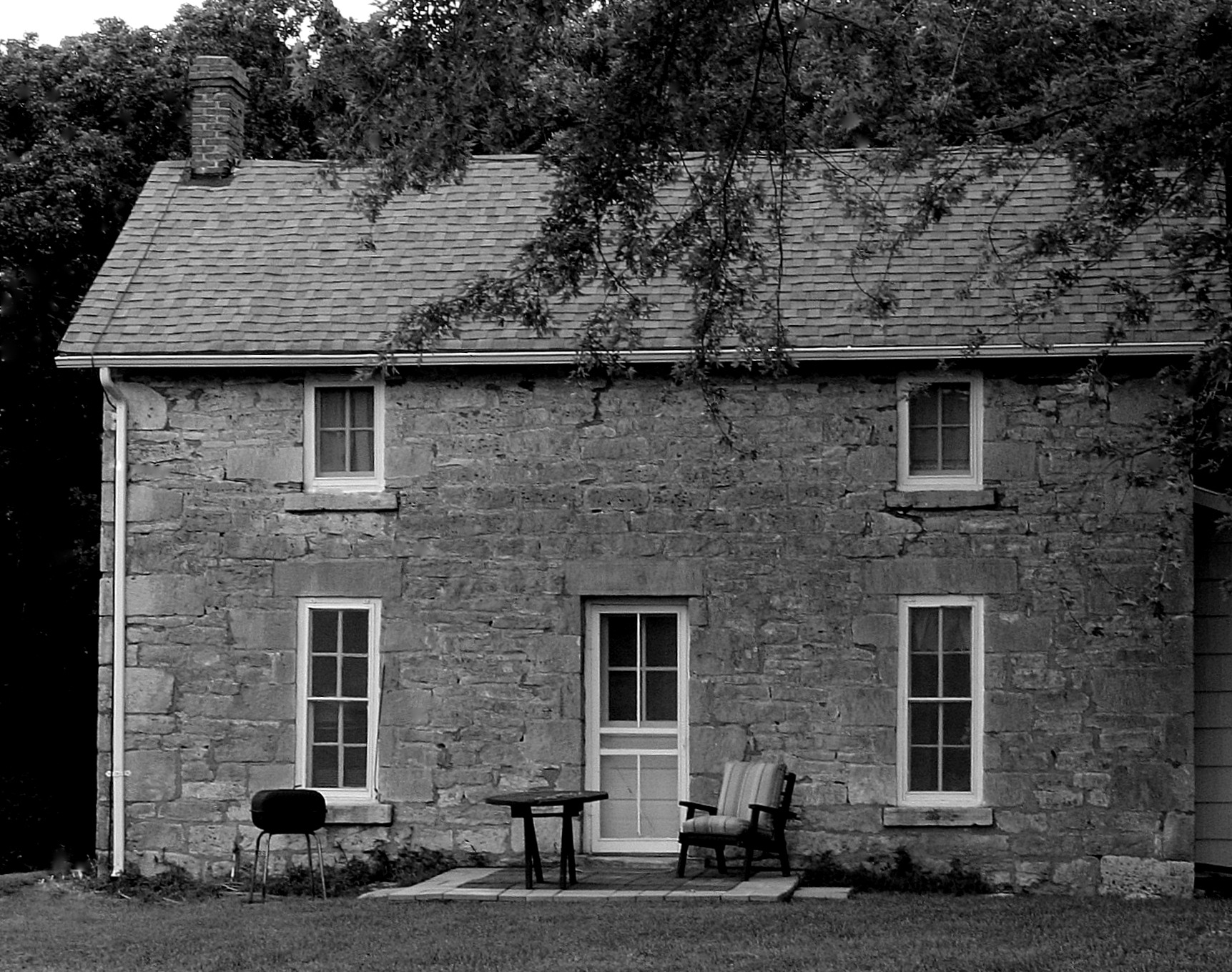 “And it’s about time that you do,” my mother said last evening—with just a touch of sternness in her voice. She was absolutely right, of course.

Council Grove is a really interesting place if you’re into historical markers—located in the Flint Hills alongside the Neosho River, Council Grove received its name August 10, 1825, when a group of US Commissioners met with Chiefs of the Great and Little Osage Indian tribes beneath a tree later named the “Council Oak,” to sign the first treaty establishing the right-of-way for the Santa Fe Trail. In the years following, Council Grove became the pre-eminent rendezvous point for wagon trains heading west.

The first permanent settlement in Council Grove did not occur until Seth Hays, great-grandson of Kentucky frontiersman Daniel Boone, established a trading post there in 1847. My ancestors arrived on the scene about a decade later. With the arrival of the railroad, the last Santa Fe wagon train passed through Council Grove in 1866 and the town became a trade center for the local agricultural economy.

My family and Council Grove go way back. One of my favorite things about visiting is staying in the Riely Cottage located on the Old Homestead Ranch which was homesteaded in 1859—the 1868 Riely Cottage (top), a four room limestone house, was the home of my great-great-great-grandparents. At night there are fireflies and giant owls hooting in the trees; waking up, there are often deer or wild turkeys in the yard. We’ve even stayed there as we watched an approaching tornado.

Another place that I always look forward to visiting is the Hays House. It’s the oldest continuously operating restaurant west of the Mississippi River and serves up some outstanding cuts of prime beef. Their chicken fried steak is a game changer.

And, oh those mashed potatoes!

Next week you’ll find me on Main Street, which still looks a lot like an old west movie set. But, it’s actually the real deal. My great-great-grandparents kept their accounts at the Farmers and Drovers Bank; I still deal with the bank to this day.

But, don’t worry, Baltimore—we’ll be back shortly with a song in our hearts:

“Oh, give me a home where the buffalo roam,
Where the deer and the antelope play,
Where seldom is heard a discouraging word
And the skies are not cloudy all day.”