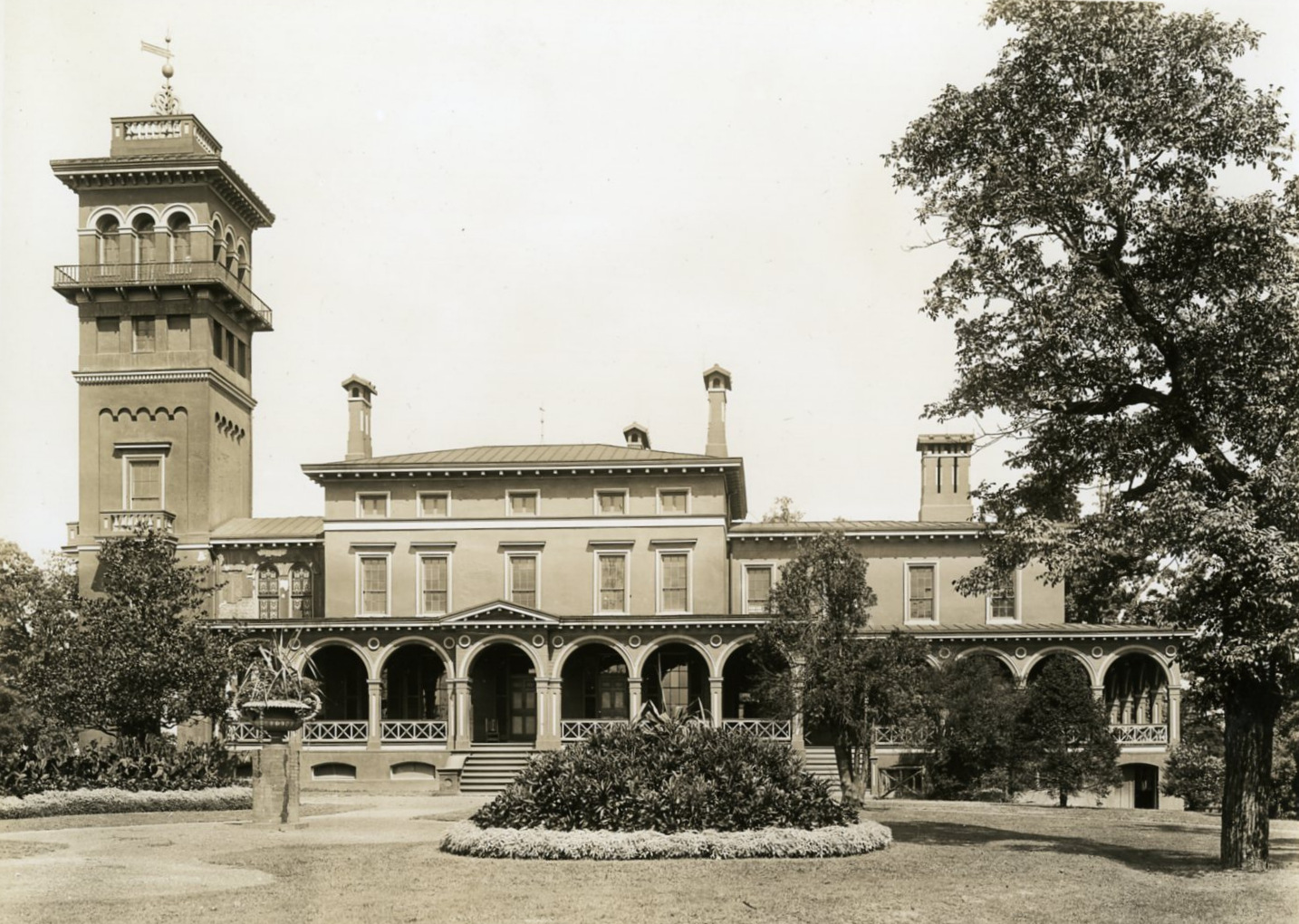 The Clifton Mansion was originally built as a two-story Federal style farmhouse, between 1790 and 1801, by Baltimore merchant Henry Thompson, who served as captain of the Flying Artillery, 3rd Maryland Brigade in the War of 1812. The building was later purchased by famed philanthropist Johns Hopkins and expanded between 1841 and 1853 into a Victorian era Italianate villa that served as his summer estate.

Clifton Mansion features an eighty-foot tower with a commanding view of Baltimore, an extensive arcade which spans the entire length of the South side and wraps around the East and West ends, a massive black walnut Grand Staircase with marble floor in its entrance hall, ornate hand painted walls and ceilings, and intricate plasterwork and woodwork.

The City of Baltimore purchased Clifton Mansion and its grounds in 1895 from Johns Hopkins University. It has been put to many uses ever since, including a headquarters for the Department of Recreation and Parks, and the clubhouse for the golf course. Although the Clifton Mansion fell into considerable disrepair during its years of transition, the building is in being carefully restored by Civic Works and the Friends of Clifton Mansion.

Read the story and check out all of the photos posted today by New York Social Diary.