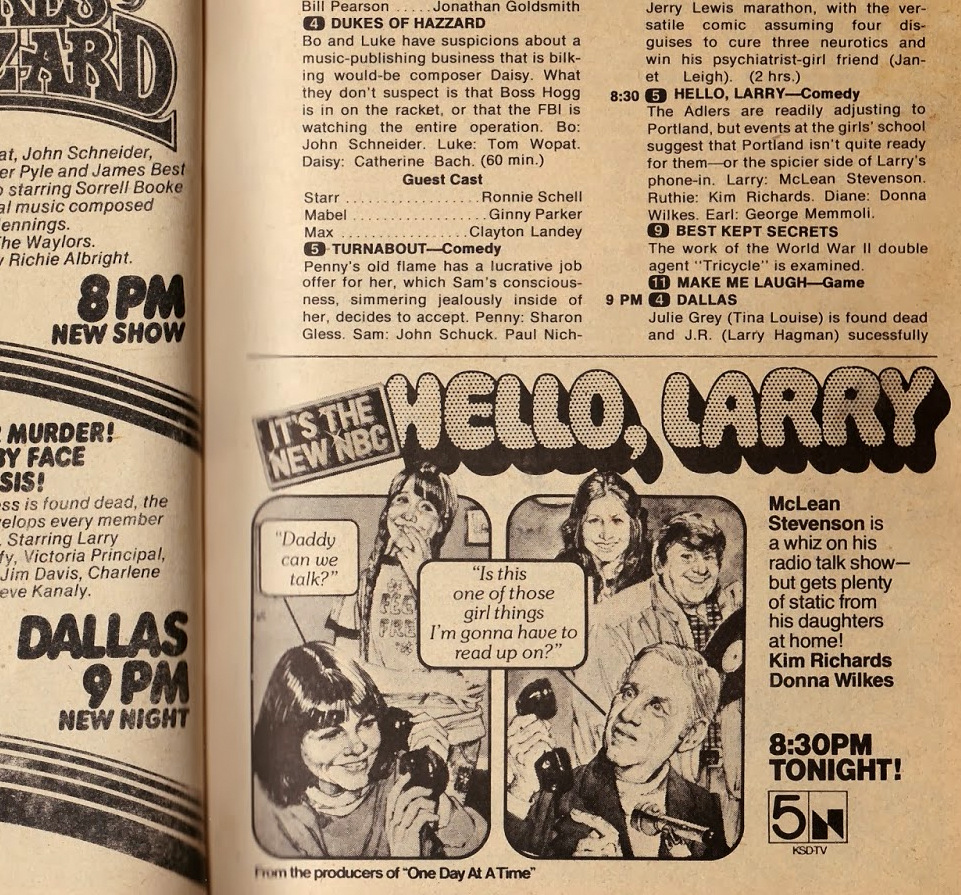 Many of the new television scripts  in the 70s went to the pilot stage long before they were ready for primetime and proved to be real stinkers. I worked on a couple of these—the one that should have worked was NBC’s Highcliffe Manor from Alan Landsburg Productions. Featuring Stephen McHattie, Eugenie Ross-Leming, Gerald Gordon, Jenny O’Hara, Chris Marlowe, Audrey Landers, Ernie Hudson, David Byrd, Luis Avalos, Harold Sakata, and Inga Swenson with Peter Lawford—this script had great possibilities and in different production hands could have been huge. The multi-level stage sets were a set designer’s wet dream.

Here’s a compilation of some of the  obscure 70’s shows’ opening titles. It’s worth a watch and fun in a whole bunch of ways.

Sidebar: Looking at this video after all these many years, I’m thinking that the demise of a host of these shows could be blamed on the graphic and photographic designers. It surely couldn’t be blamed on the writing.

Also, see that pesky NBC logo in  the bottom right corner? It caused a world of aggravation for the folks at the Peacock Network.

By 1975, NBC’s visual trademark was updated as an abstract “N” was introduced, consisting of two trapezoids, one red, one blue. The design was bold, bright, and contemporary.

NBC logo and its legal woes

One of the technological innovations of this logo was the first electronically animated ident for an American television network and being previewed on-air for the first time in October 1975, before it became used officially on January 1, 1976. On the January 10, 1976 telecast of Saturday Night Live, Weekend Update host Chevy Chase and Gilda Radner mocked the new logo and its $1 million design cost (at the end of Chase’s comments, Radner appeared as the “Dancing ‘N'”, with an NBC logo-shaped costume covering her head and upper torso).

In February 1976, NBC was sued by Nebraska ETV, the PBS member network for Nebraska, for trademark infringement. The new NBC logo was virtually identical to the Nebraska ETV Network logo used since 1974, except for the blue coloring in the right trapezoid of the NBC logo. An out-of-court settlement was reached in which NBC gave Nebraska ETV over $800,000 worth of new equipment, including a color mobile unit. It also paid Nebraska ETV $55,000 to cover the cost of designing and implementing a new logo. In return, NBC was allowed to keep the “N” logo.

One thought on “The 1970s: A prolific decade for television writers and new network shows.”