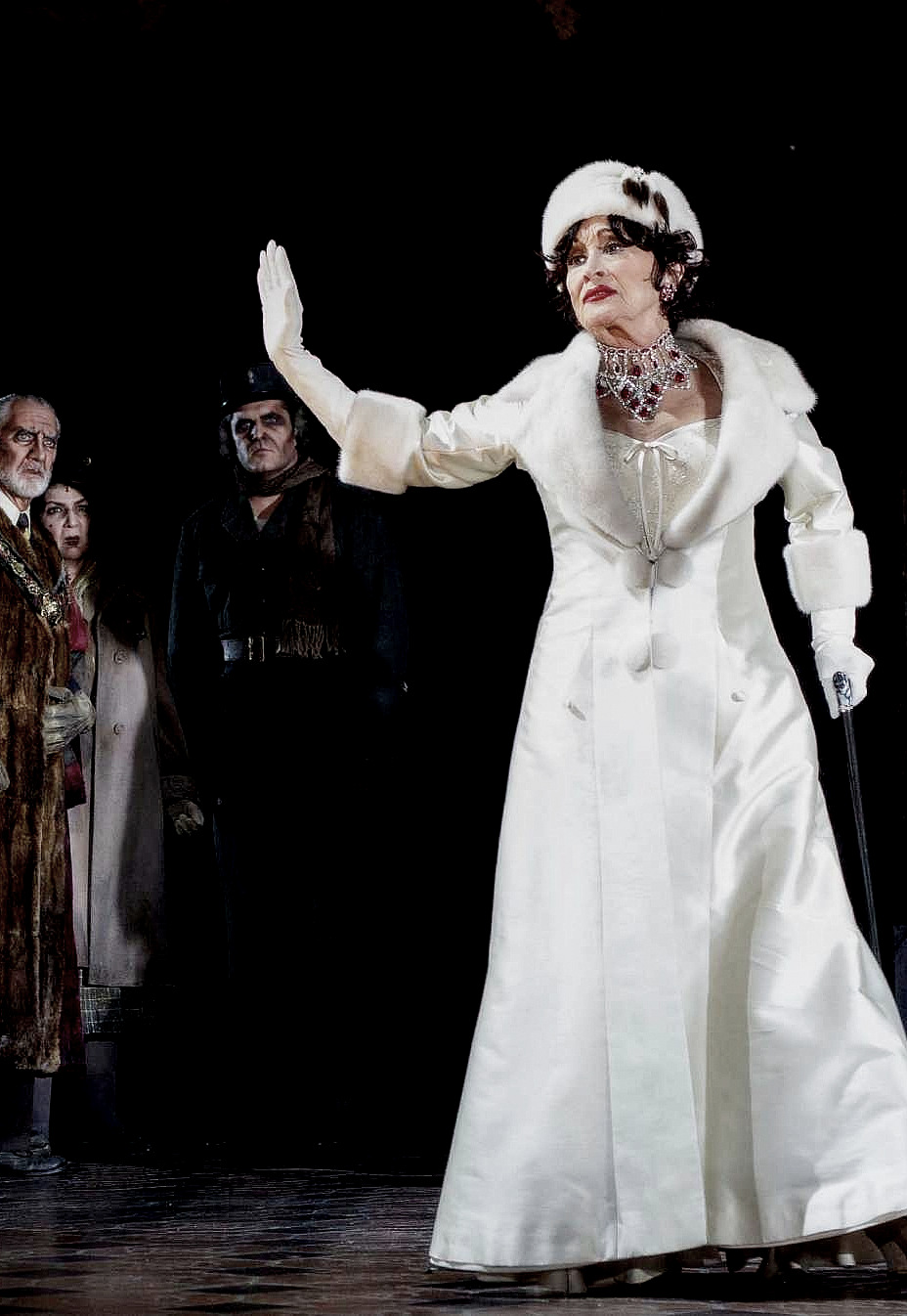 The Visit, sadly plagued with low grosses for a number of weeks, has ended its Broadway run. And, sadly before Jacob and I could grab an Amtrak train and go see it. The video clips from the production are as rich as chocolate truffles and fine old brandy.

Along with Best Musical, The Visit received 2015 Tony nominations for Best Leading Actress in a Musical for Rivera, Best Score for Kander & Ebb, Best Book of a Musical for McNally, and Best Lighting Design for Japhy Weideman. The production won none.

John Kander and Fred Ebb’s The Visit is based on Friedrich Dürrenmatts’ play. It features a book by Terrence McNally, music by Kander, and lyrics by Ebb.

The book’s main character, Claire Zachanassian, is an often-widowed millionairess who pays a visit to her hardship-stricken birthplace. The locals hope she’ll bring them a new lease on life, but little do they know her offer to revitalize the town comes at a dreadful price.

[Chita’s] appreciations on the closing afternoon were even more exuberantly adoring than on opening night. (An event itself described as “epic.”) And she was moved. Three standing ovations in all and the final curtain call went on and on with practically no let-up in “bravas” and thunderous applause. (“The Visit” actually played better the day it closed than on the day it opened. It had settled in neatly.)

What made the event even more dramatic was revealed during executive producer Tom Kirdahy’s emotional speech onstage. Tom thanked all the producers, the director, choreographer, stagehands, the entire cast, told how much the show had come to mean to all of them. And he described its long journey to be seen “where it should be seen, on Broadway!

If ever a star deserved her moment of triumph, it’s this 82-year-old belle dame, who was hell-bent on bringing this offbeat Kander and Ebb musical to Gotham. It took 14 years and four passes—an ill-timed 2001 production at the Goodman, a Signature Theater presentation in 2008, a one-night stand at a benefit for the Actors Fund in 2011, and one more tryout at Williamstown last summer—before Chita could finally walk onto a Broadway stage as Claire Zachanassian, the vengeful woman who returns to Brachen, her wretched birthplace “somewhere in Europe,” in search of Anton Schell (Roger Rees), the lover who wronged her so many years ago.