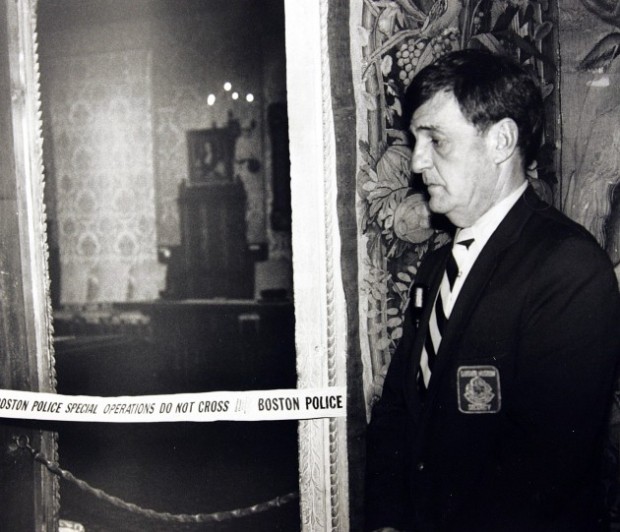 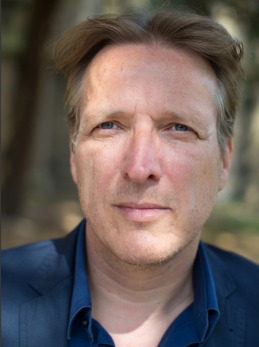 I’m fascinated by art forgery and art heists. Regarding the forgers, it’s their personalities and motives and their studied talent that’s mind-blowing. For the heists, it’s the thieves’ backstory, their typically deep research, their desire to steal—for any number of reasons—and the sheer size of their balls that captivates me.

Of all of the, yet unsolved, art heists not one has been covered more in-depth than the 1990 robbery of the Isabella Stewart Gardner Museum in Boston. Bloomberg published an update on the case today. And, their story reads and seems plausible.

Whatever the outcome the key player, Arthur Brand (photo courtesy Bloomberg, Jasper Juinen), and his search for the missing art is certainly worth another couple of books and movies.

THIS IS MY ORIGINAL POST via FBI [Video Below]:

BOSTON—Twenty­-five years after the notorious burglary of the Isabella Stewart Gardner Museum in Boston, law enforcement officials are seeking the public’s assistance in identifying an unauthorized visitor to the museum the night before the theft.

That person entered the museum through the same door as the thieves in the middle of the night, 24 hours before the theft. “Over many months we have engaged in an exhaustive re­examination of the original evidence in this case. Our aim has been to ensure that all avenues have been explored in the continuing quest to recover these artworks,” said United States Attorney Carmen Ortiz.

“Today we are releasing video images from the night before the theft—images which have not previously been seen by the public— with the hope of identifying an unauthorized visitor to the museum. With the public’s help, we may be able to develop new information that could lead to the recovery of these invaluable works of art.”

The video footage released today, captured by Museum security cameras 24 hours before the Gardner heist, shows an automobile pull up next to a rear entrance of the Museum. The car matches the general description of a vehicle that was reported to have been parked outside the Museum moments prior to the theft on March 18, 1990.

The video also shows an unidentified man exiting the automobile and then being allowed inside the Museum, against Museum policy, by a security guard. That event occurred at 12:49 p.m. on March 17, 1990, almost exactly 24 hours before the thieves entered the museum through the same door.

While the images of both the vehicle and the unidentified man are low resolution, law enforcement officials hope that releasing the footage will assist with identifying the man or the vehicle in the video.

Vincent Lisi, Special Agent in Charge of the FBI in Boston said, “This latest request for the public’s assistance illustrates the FBI’s continued commitment to the Gardner investigation. By releasing this video, we hope to generate meaningful leads and ultimately recover the stolen artwork.”

A $5 million reward has been offered by the Museum for information that leads directly to the recovery of all of the stolen items in good condition. The recovery of an individual object will result in a portion of the reward, based upon the object’s market value relative to the other stolen objects.

“We remain committed to one goal: the return of all 13 works to their rightful place, which is here at the Isabella Stewart Gardner Museum. To that end, we support the efforts that the United States Attorney and the Federal Bureau of Investigation are making to uncover any and all information related to the theft of our artwork. We believe that no stone should be left unturned,” said Anthony Amore, Director of Security at the Gardner Museum.

In the early morning hours of March 18, 1990, two white males dressed in Boston Police uniforms gained entrance to the Gardner Museum by advising the security guard at the watch desk that they were responding to a report of a disturbance within the compound. Against Museum policy, the guard allowed the thieves into the facility. Upon entry the two thieves subdued the on-duty security personnel, handcuffed them, and secured both guards in separate remote areas of the Museum’s basement. The suspects did not brandish weapons, nor were any weapons seen during the heist. No panic button was activated and no Boston Police notification was made during the robbery. The video surveillance film from the evening of the robbery was seized by the thieves prior to departure. They did not take the video footage from the night before.

The combined value of the 13 works of art stolen during the Gardner theft is at least $500 million, though they are considered priceless within the art community. The following objects were stolen during the burglary and have been missing for the past 25 years: 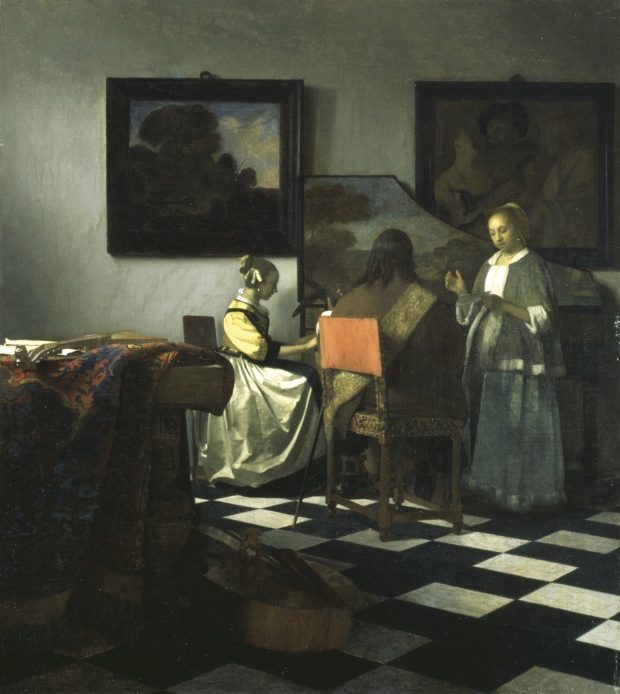 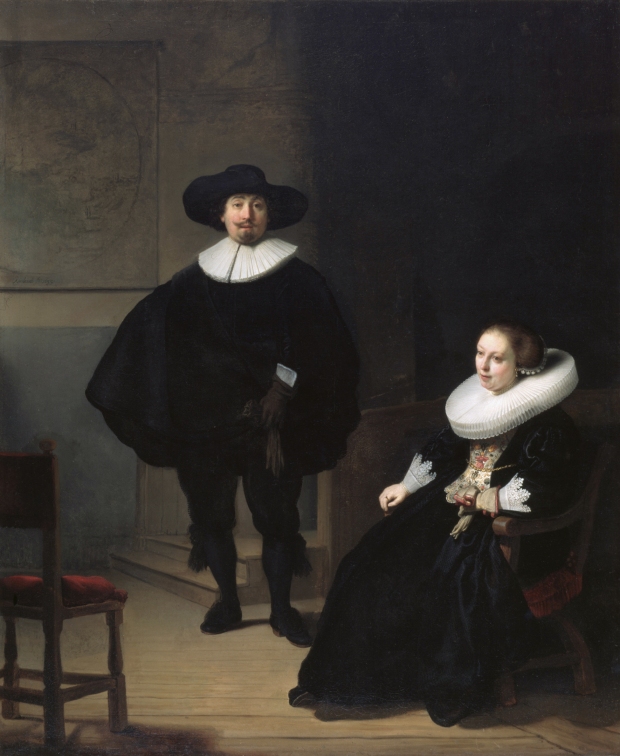 2. Rembrandt, A LADY AND GENTLEMAN IN BLACK 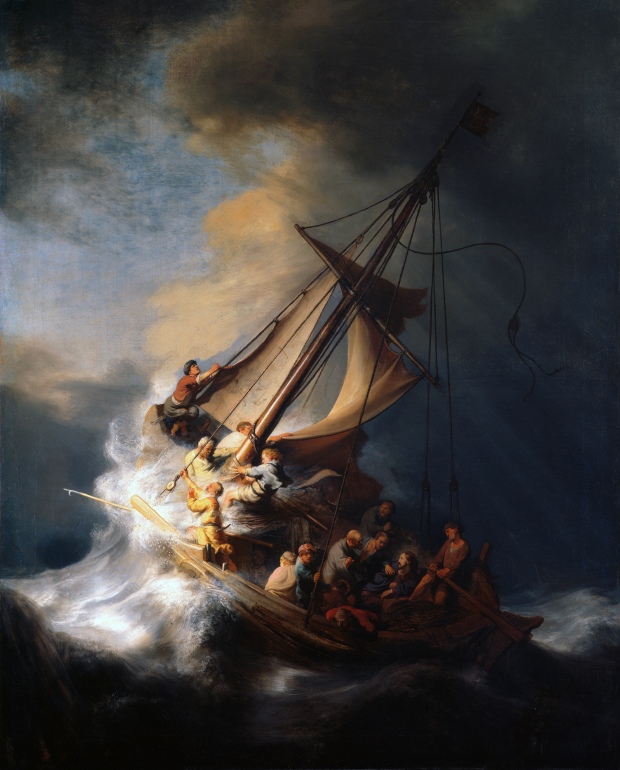 3. Rembrandt, STORM ON THE SEA OF GALILEE 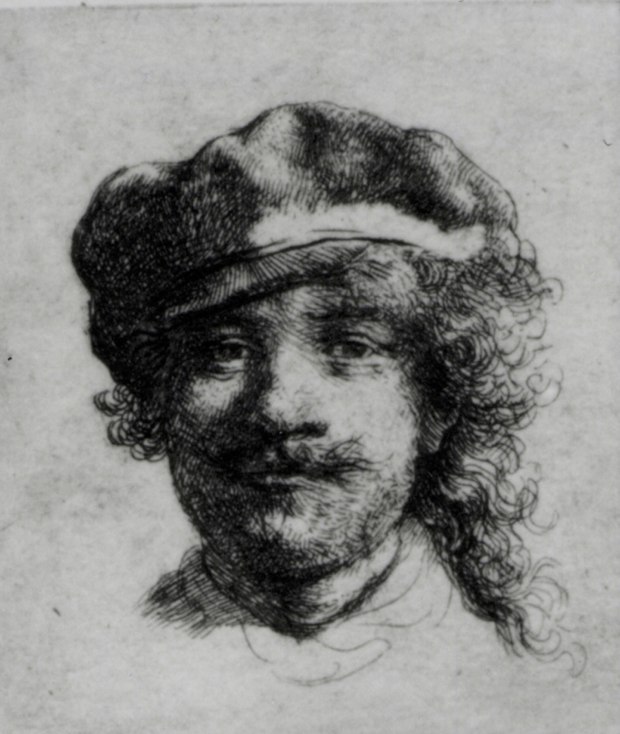 4. Rembrandt, PORTRAIT OF THE ARTIST AS A YOUNG MAN 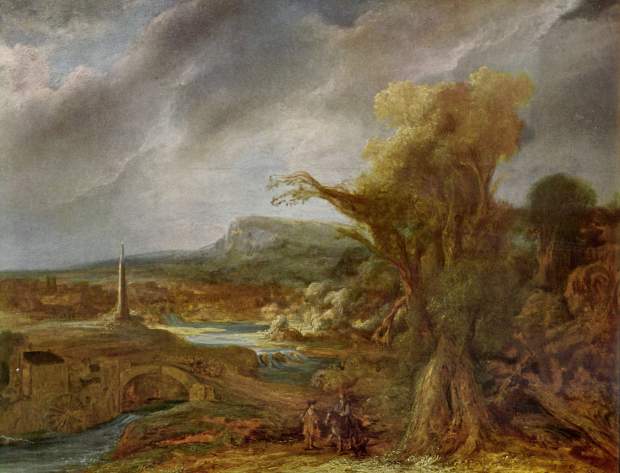 5. Govaert Flinck, LANDSCAPE WITH AN OBELISK 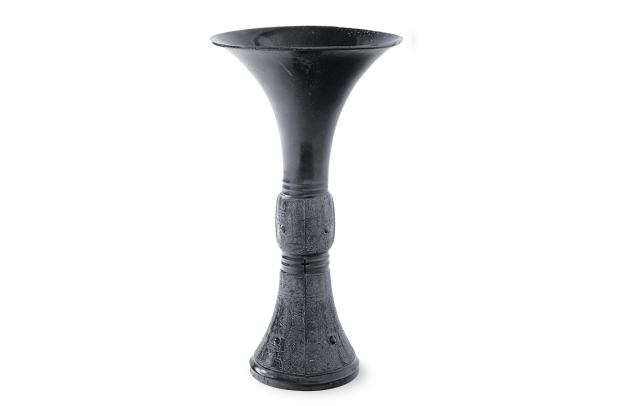 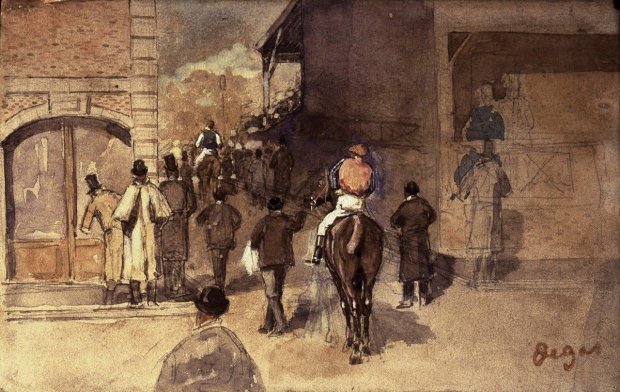 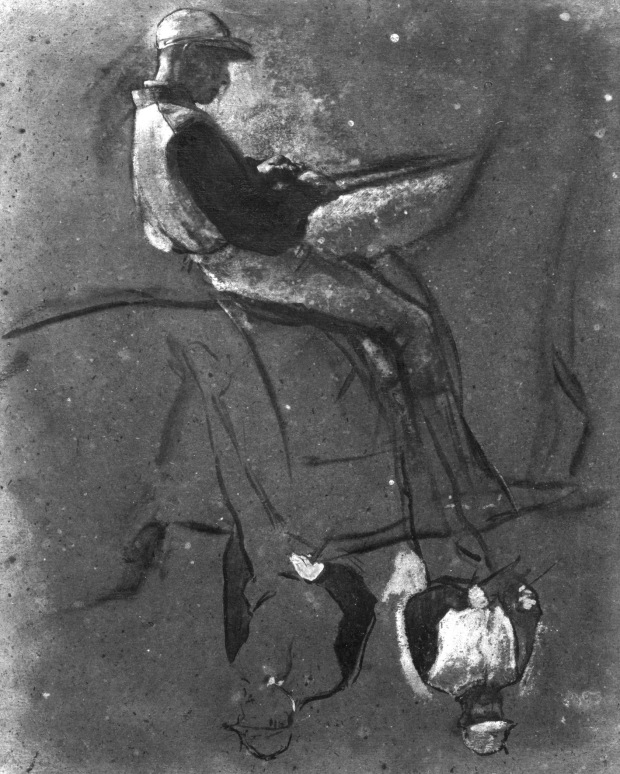 10. Degas’ “Program for an Artistic Soiree” (charcoal on white paper) 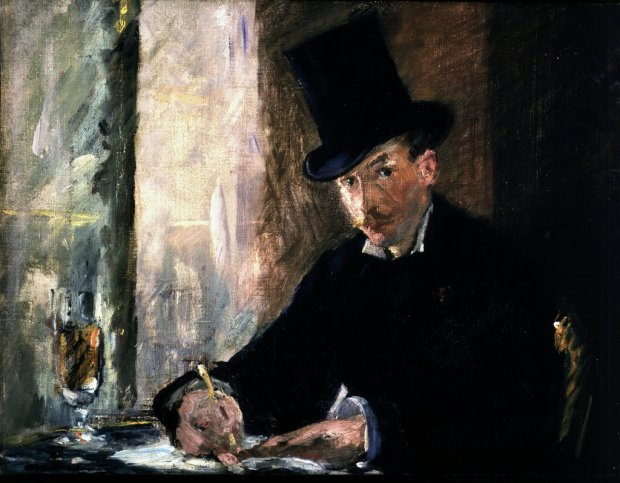 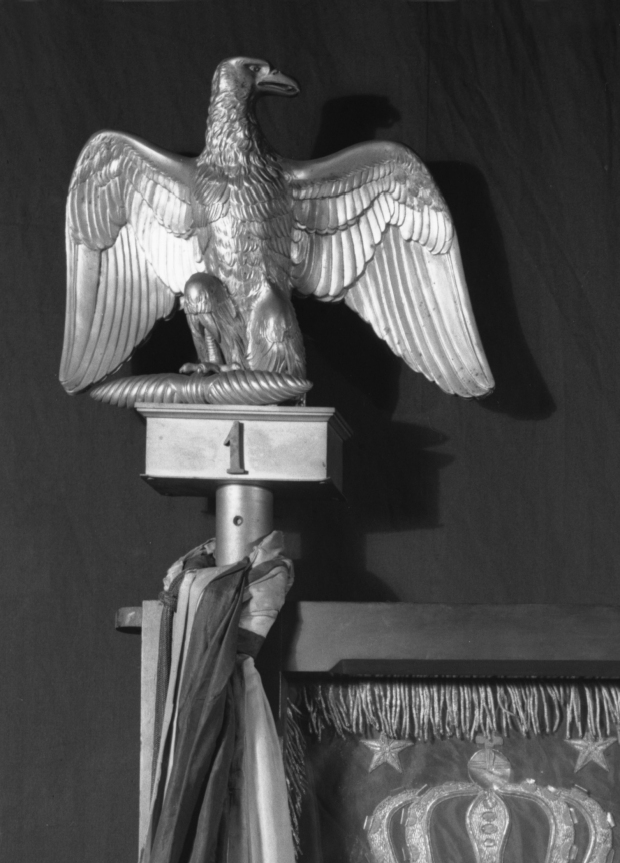 From the FBI: More information on Gardner Museum theft