“Picture Perfect will explore the importance of the poster as an advertising tool from the early days of cinema in the 1910s through the Golden Age and the post-Studio era, with curation and commentary provided by TCM. Items to be offered include original poster artwork and examples of local lobby art, in addition to American and international posters.” 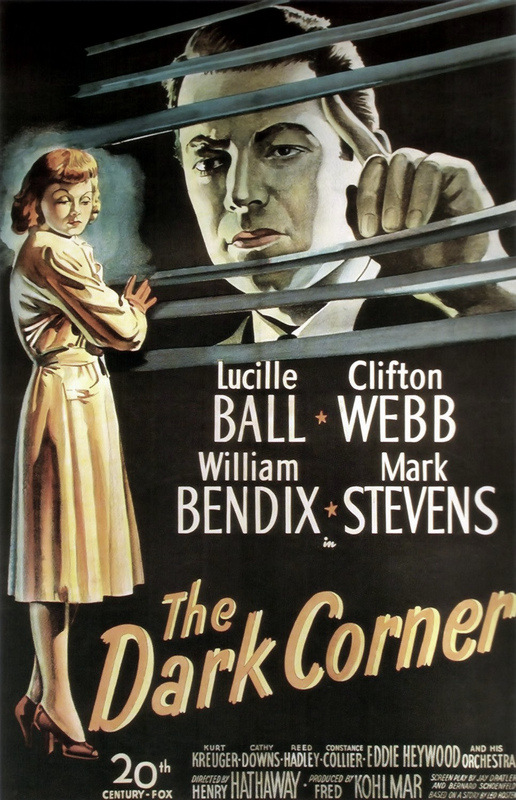 You can order a copy of the full catalogue from Bonhams. You’ll find a link to a pdf of it below.

From Bonhams, Picture Perfect, The Art of Movie Posters:

Adolph Zukor, the founder of Paramount Pictures, summed up the Golden Age Hollywood approach to movie posters with one simple phrase: “What is good art is good advertising.”

The great film studios used art to sell art, with a string of memorable posters designed to lure patrons into theaters for the latest products of Hollywood’s dream factories. In the earliest days of the movies, posters were simple. All that was needed was a list of whatever was playing at a given theater on that day. However, as the movies got longer and stars emerged whose names could sell tickets, the infant film studios saw the need for illustrations that captured the stories and personalities with fan appeal. 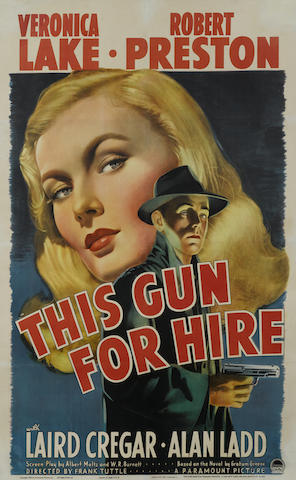 From the 1920s through the 1950s, the great Hollywood studios all maintained their own art departments devoted to capturing the essence of their pictures in a few words and images. To do this, they employed some of the best illustrators of the day including Maxfield Parrish, James Montgomery Flagg, Norman Rockwell, Al Hirschfeld and Alberto Vargas. Most of these artists worked as freelance designers, often answering to the studio’s New York offices. Nonetheless, their work turned the business of selling movies into a fine art.

Although some posters featured photographs of the stars, most often illustrators painted from production stills, usually accompanied by a rough cut or a screenplay to give them context. Sometimes they were simply promoting the studio’s stars: Greta Garbo, Clark Gable and Joan Crawford at MGM; Betty Grable and Tyrone Power at Twentieth Century-Fox; Bette Davis, James Cagney and Humphrey Bogart at Warner Bros.; and first Marlene Dietrich and later Bing Crosby and Bob Hope at Paramount.

Other times, the images reflected a specific scene in the film, like King Kong fighting off the airplanes from atop the Empire State Building or Rudolph Valentino in the bull ring in Blood and Sand (1922).

Posters could also capture the feel of the film in more abstract terms: artist Bill Gold used crossing railroad tracks and an approaching train to trap the actors in Strangers on a Train (1951) in a web of suspense to match Alfred Hitchcock’s direction of the film; Saul Bass, famous for his kinetic title sequences, placed caricatures of James Stewart and Kim Novak at the center of interlocking spirals to reflect the intricacies of Hitchcock’s Vertigo (1958).

Through all of this, these artists captured the feel of the various studios for which they worked. MGM had the glitziest posters, in keeping with their star-studded talent line-up and commitment to large scale, glamorous productions. Warner Bros., where even the musicals had grit, found images to convey the feeling of stories torn from the headlines. Universal’s horror series led to posters that were gothic masterpieces, while Paramount specialized in exotic images in the 1930s before turning to more homespun entertainment during the World War II era. 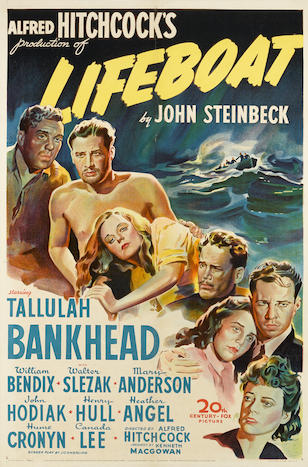 By the late 1950s, the studio era was coming to an end. Faced with competition from television and the loss of their theater chains after a series of anti-trust lawsuits, the studios began dropping their rosters of contract talent. As independent film production rose, turning the studios into sources of financing and distribution, the studio art departments shut down and were replaced by independent advertising agencies.

The studios lost their individuality as well, with the moguls who had built the industry retiring and being replaced by business conglomerates. Some of the industry’s best designers kept working on the art of the movie poster, and while the new system sometimes resulted in cookie-cutter design and posters that seem virtually interchangeable, it also gave freelance poster artists like Bob Peak (1979’s Apocalypse Now) and Dan Goozee (1981’s Clash of the Titans) greater input into design campaigns.

Fortunately, the images from the Golden Age posters remain, though there are precious few of the originals still around. When they were first created, nobody thought film advertising could have lasting value. The various types of advertising art—from 11” by 14” lobby cards to massive billboards—were rarely saved, making them coveted items for collectors today. Smaller items were sent from theater to theater by the National Screen Service, which distributed trailers and advertising materials for the studios from the 1940s into the 1980s, and the largest items were torn down or pasted over with new posters. Often lobby cards and 27” by 41” one sheets were simply thrown away. On the rare occasion a patron asked for one as a keepsake, it was handed over for nothing.

When original posters turn up in basements, attics or, in some cases, used as insulation, it is big news, a reminder of the uniqueness and artistry of these little pieces of dreams on paper. 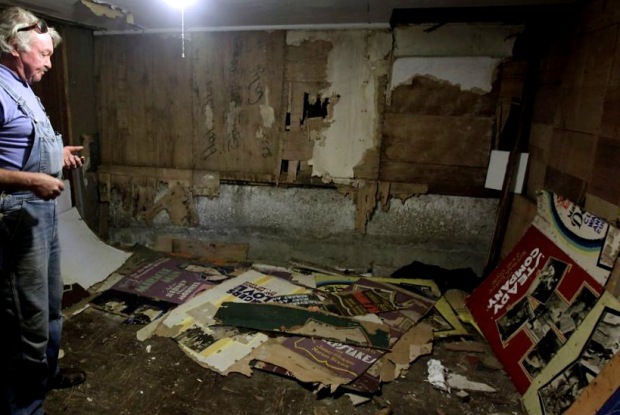 Larry Smith sorts through a stack of tattered and torn movie posters in the basement of his San Francisco home. 2014