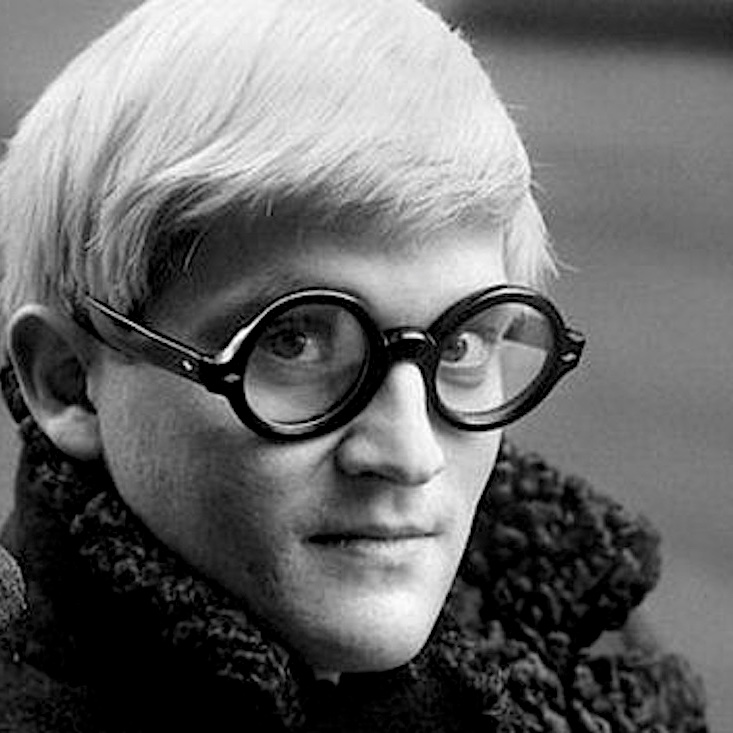 “I don’t leave this place much,” David Hockney said. “I’m too deaf to go out, really. I live in a silent world, but I like silence.” He said that he believes his helps him see space more clearly. “I can’t do a lot of things now,” he continued, “but it’s no good complaining. I just paint.”

ARTNews‘ Katherine McMahon recently visited the 78 year old Hockney at his studio in the Hollywood Hills.

He’s been painting portraits of late. And he’ll show them at the Royal Academy in July.

On their show, David Hockney RA: 79 Portraits and 2 Sill Lifes, The Royal Academy of Arts, says:

David Hockney returns to the RA with a remarkable new body of work. Embracing portraiture with a renewed creative vigour, he offers an intimate snapshot of the LA art world and the people who have crossed his path over the last two years.

After his monumental landscape exhibition burst to life in our Main Galleries in 2012, Hockney turned away from painting and from his Yorkshire home, returning to Los Angeles. Slowly he began to return to the quiet contemplation of portraiture, beginning with a depiction of his studio manager. Over the months that followed, he became absorbed by the genre and invited sitters from all areas of his life into his studio.

His subjects – all friends, family and acquaintances – include office staff, fellow artists, curators and gallerists such as John Baldessari and Larry Gagosian. Each work is the same size, showing his sitter in the same chair, against the same vivid blue background and all were painted in the same time frame of three days. Yet Hockney’s virtuoso paint handling allows their differing personalities to leap off the canvas with warmth and immediacy.

You can read all of McMahon’s Hockney article at ARTNews. And you can secure tickets to the Hockney show through the Hockney at Royal Academy of Arts, London.

My favorite Hockney portrait was painted in 1977. It’s a double portrait of his parents and is on permanent display at The TATE.