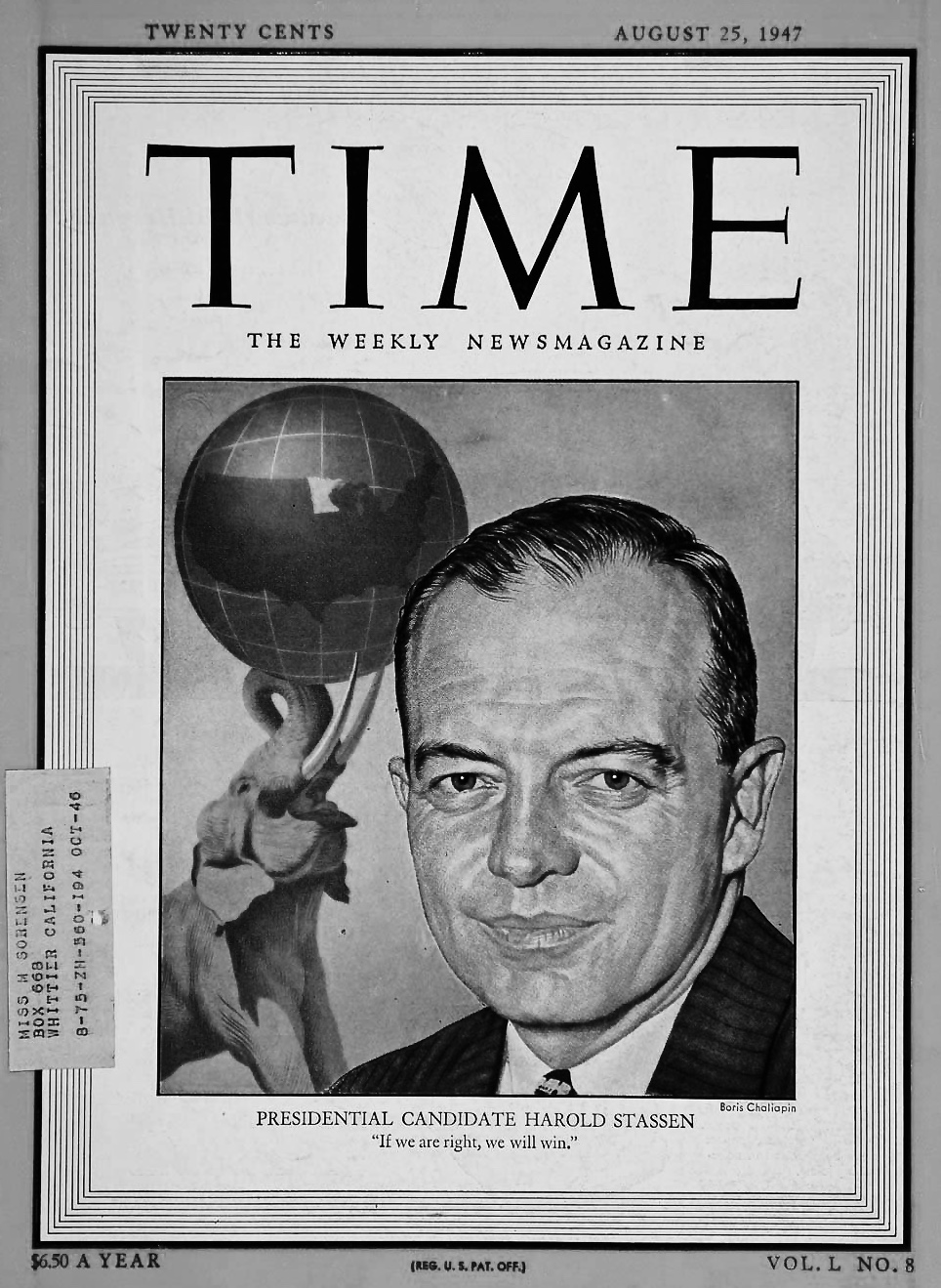 But, it’s not a new phenomenon. There have been some real pips who’ve run for President.

Stassen was a serious politician. According to his obituary in The New York Times, “In 1953 the newly inaugurated President Eisenhower put Mr. Stassen in charge of American foreign aid programs. In 1955 Mr. Eisenhower named him special assistant to the president for disarmament matters, with cabinet rank. He remained in that job until 1958.

“In 1956 Mr. Stassen led an unsuccessful campaign to remove Vice President Richard M. Nixon from Mr. Eisenhower’s re-election ticket. In the early 1970’s, however, when President Nixon was faced with impeachment in the Watergate scandal, Mr. Stassen came to his defense.”

While he was a respected politician in some circles, he was also known as The Grand Ol’ Party’s Grand Ol’ Loser.

And like at least one of today’s presidential candidates—as he grew older, so did Stassen’s hair issues.

To quote Harold Stassen, “I don’t care to be involved in the crash landing unless I can be in on the takeoff.”