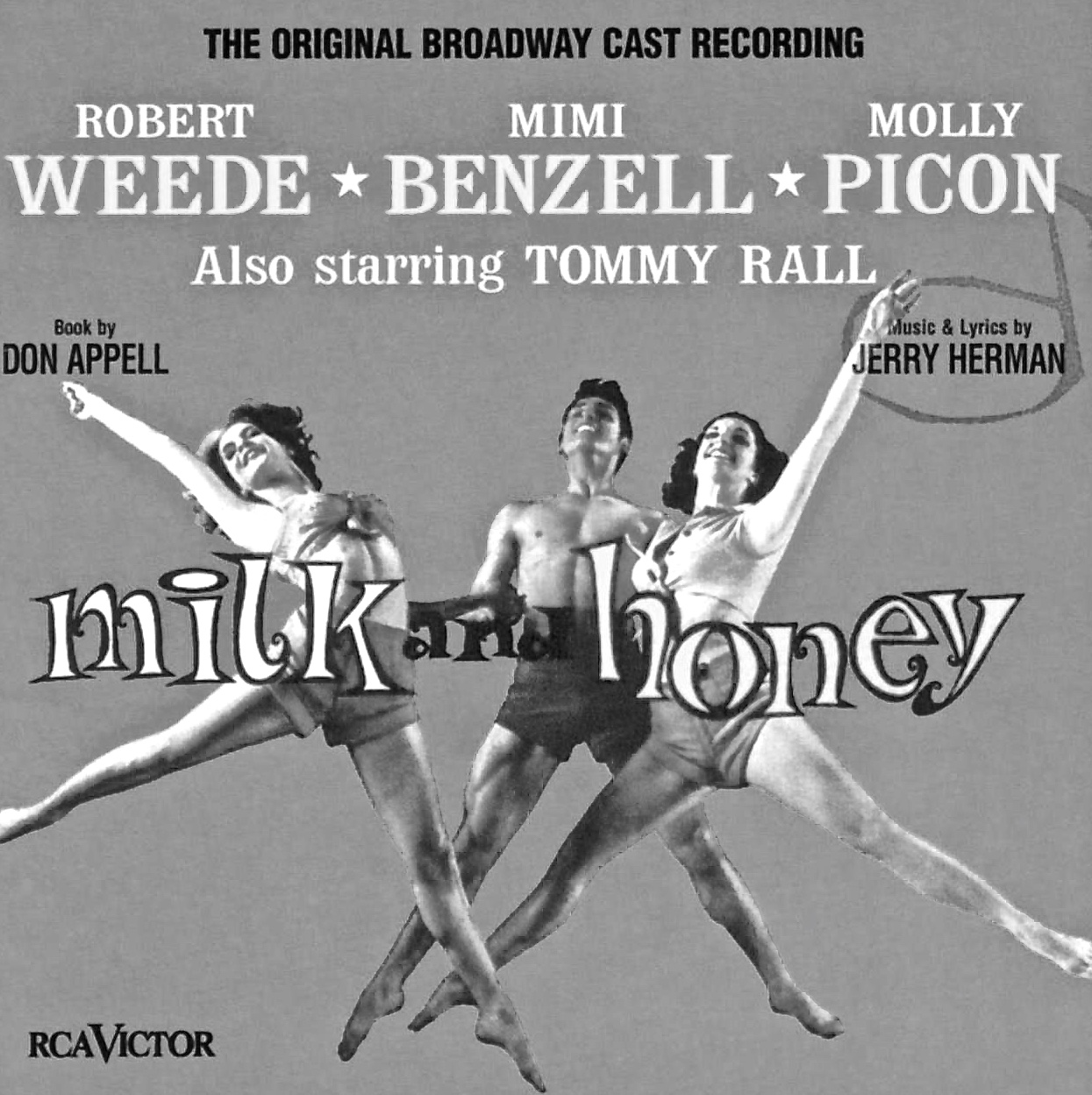 One autumn a long time ago—when I was just two months short of turning eleven—there opened on Broadway a musical with a plot set against the personal joys, international concerns, and political complications of Israel’s struggle for recognition as an independent nation.

Nominated for five Tony Awards, the show opened at the Martin Beck Theatre on October 10, 1961. It was Jerry Herman’s first book musical, MILK AND HONEY.

The story revolves around a simple plot: A busload of lonely American widows hoping to snag husbands while on a tour of Israel.

If MILK AND HONEY was a delicious confection of a show, the icing was the performance of the perky, pesky, intuitive, Yiddish character actress, Molly Picon. Born in 1898, Picon was a natural entertainer—her first full English-language performance was in MILK AND HONEY.

Among her songs was a rousing anthem called Chin Up Ladies:

The show and the original cast recording helped make me a life-long fan of musicals, Jerry Herman, and Molly Picon.

Here’s the title song from the show:

Picon wrote a biography about her family called So Laugh a Little in 1962. Later, in 1980, she published an autobiography, Molly. They’re both sweet little reads.