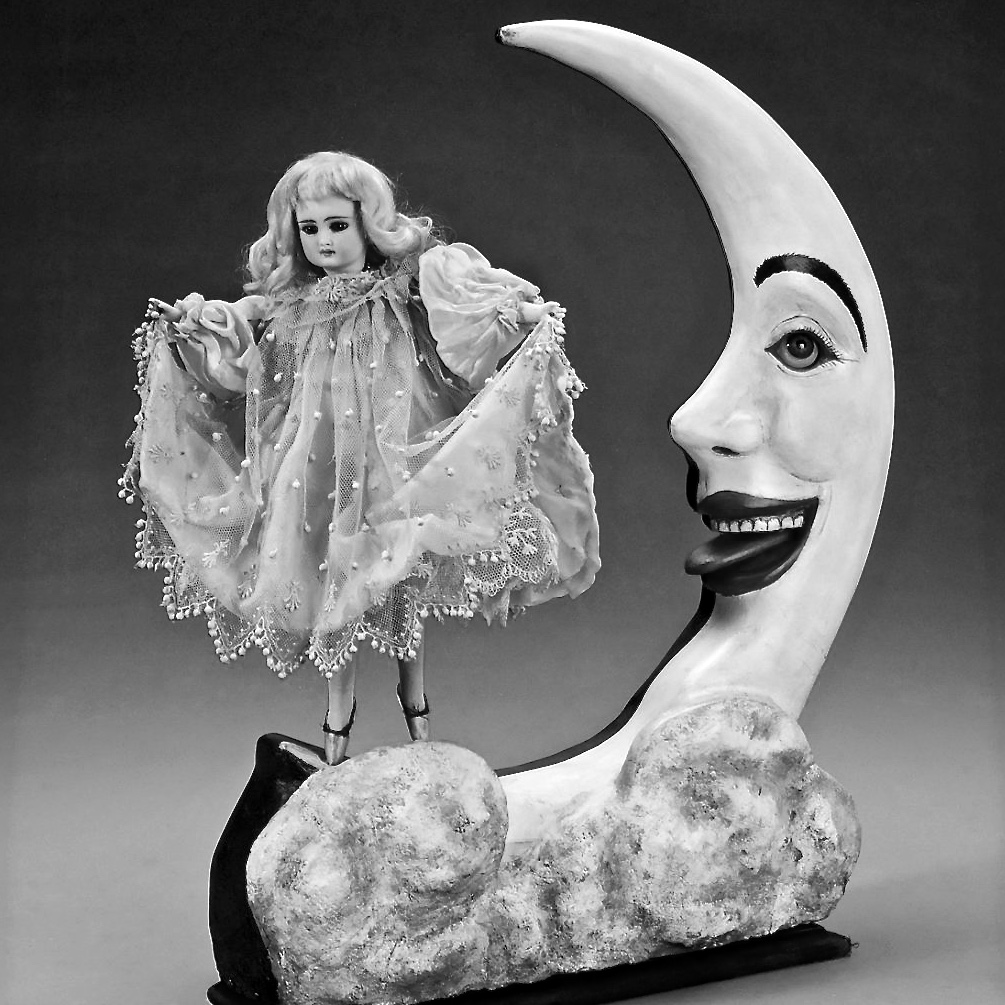 And, yes the old boy has an articulated tongue (and eye). It’s sort of funny in a lascivious way—and yet, the Loïe Fuller musical automaton sort of freaks me out.

In the style of Roullet et Decamps, with bisque socket head incised “2”, closed mouth, fixed brown glass eyes, pierced ears, blonde mohair wig, bisque shoulder plate and forearms, in voluminous pale pink silk costume with lace overlay, dancing on the tip of a papier-mâché moon with articulated eye and darting tongue, the going-barrel movement playing two waltzes (on one revolution) and causing Loïe to pirouette in a circle while the moon rolls his eye and sticks out his tongue.

The automaton was inspired by the American dancer Marie Louise (Loïe) Fuller (1862–1928), a performer at the Folies Bergères in Paris and pioneer of choreography and theatrical lighting techniques. Born in the Chicago suburb of Fullersburg, Illinois, in 1862,

Fuller began her career as a child actress and later choreographed and performed her own dances in burlesque and circus shows.

By 1892, she had left America for Paris. With her floating silk costumes and dramatic stage lighting (created with new techniques in chemical mixes for gels and luminescent salts), Fuller helped popularise the medium of butterfly and serpentine dances. She soon rose to recognition and was the subject of an early film by Auguste and Louis Lumiére in 1896. [References and an 1896 Lumière Brothers film captures a performance of Loïe Fuller’s “Serpentine Dance.”: http://www.victoriangothic.org/la-loie-fuller-the-serpentine-dance/; Bailly, “Automata, the Golden Age”, p. 309 in catalog.]

Additional information is available from: