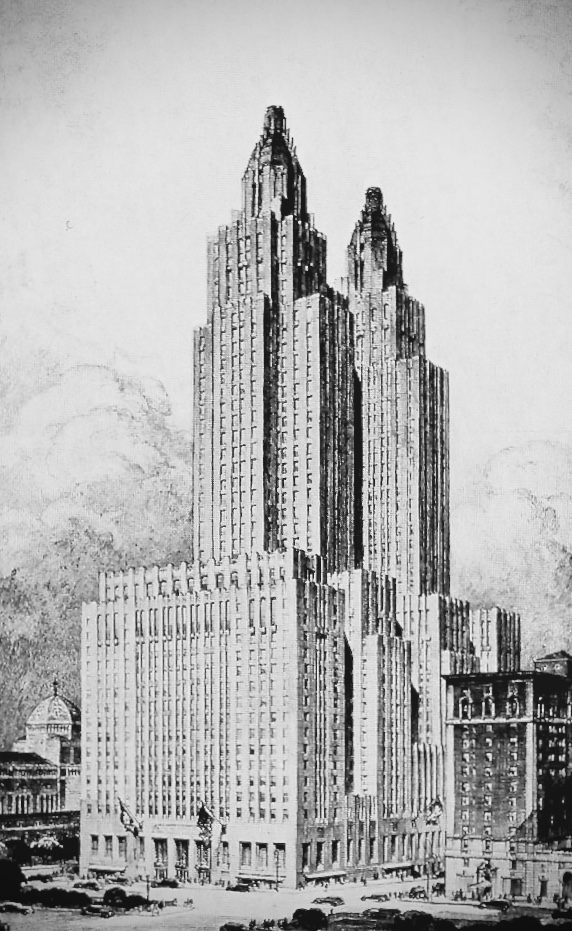 It may just be the best Sunday brunch in the United States. The host suggests that you schedule at least a couple of hours to enjoy it. The brunch is prix fixe and features a caviar, lobster, shrimp, and shellfish bar. (For me, that’s huge.)

In 2002, Travel America wrote that, To linger in the sumptuous salons of the Waldorf-Astoria is to step back in time. Your trip down memory lane is a flashback to the glamor days of the 1930s, when this Art Deco masterpiece was the tallest hotel in the world and the epicenter of elite society.

The hotel has epitomized bespoke service since it first opened—on the corner of Fifth Avenue and 33rd Street—in 1893. It became an even grander destination when it moved to it’s current location—in 1931—on Park Avenue, occupying the entire block between 49th and 50th Streets.

For over a century-and-a-quarter the Waldorf-Astoria has been the home of presidents and kings, celebrities and mobsters, and tourists looking to live among the “swells”—if only for a week or a weekend. The hotel’s magnificent supper club, the Empire Room, was the New York stage of choice for bands and singers—Ella Fitzgerald, Peggy Lee, Frank Sinatra, Louis Armstrong,Xavier Cougat, Carol Channing, Lena Horn, Eddie Fisher, Edith Piaf, Benny Goodman, and Pearl Bailey to name a few.

Much like the Plaza , the Waldorf was known as a destination that created life-long memories…

On October 6th, Chinese insurance conglomerate, Anbang bought the 47-story icon for $1.95 billion, at the time a record price for a U.S. hotel. Almost immediately, things took a turn south.

Due to concerns about privacy and security—including eavesdropping and electronic bugs—and fuled by cyber attacks on the U.S. that originated in China, the Obama administration blacklisted the Waldorf.

Last month, Anbang CEO Wu Xiaohui announced that in early 2017 they will close the Waldorf and totally gut the building in what is expected to be a three-year renovation. 1,100 of its rooms and suites will become condominiums. Wu didn’t offer specifics on plans for the hotels remaing 300-or-so rooms except to say that they would be upgraded. The reopening is scheduled for sometime in late-2020.

All of which means you have roughly six months to save up for that brunch I mentioned  about ten paragraphs ago, and get yourself to New York.

Conrad Hilton purchased the Waldorf-Astoria in 1949 and is currently managed by Hilton Worldwide. And, it’s no secret that the Hilton’s know how to entertain.

Here’s a short video of their Waldorf Sunday Brunch to bring home the point.

Now then, let’s get down to cases.

Did I mention that there are over 100 kinds of dessert?

We’re saving up. We’ll meet you in the lobby—just off Peacock Alley—near the 1931 World’s Fair Clock (at nine-feet tall with a gold Statue of Liberty on top, you can’t miss it). Cheers!

One thought on “A Sunday brunch worth saving for—and you’ll need to save fast.”