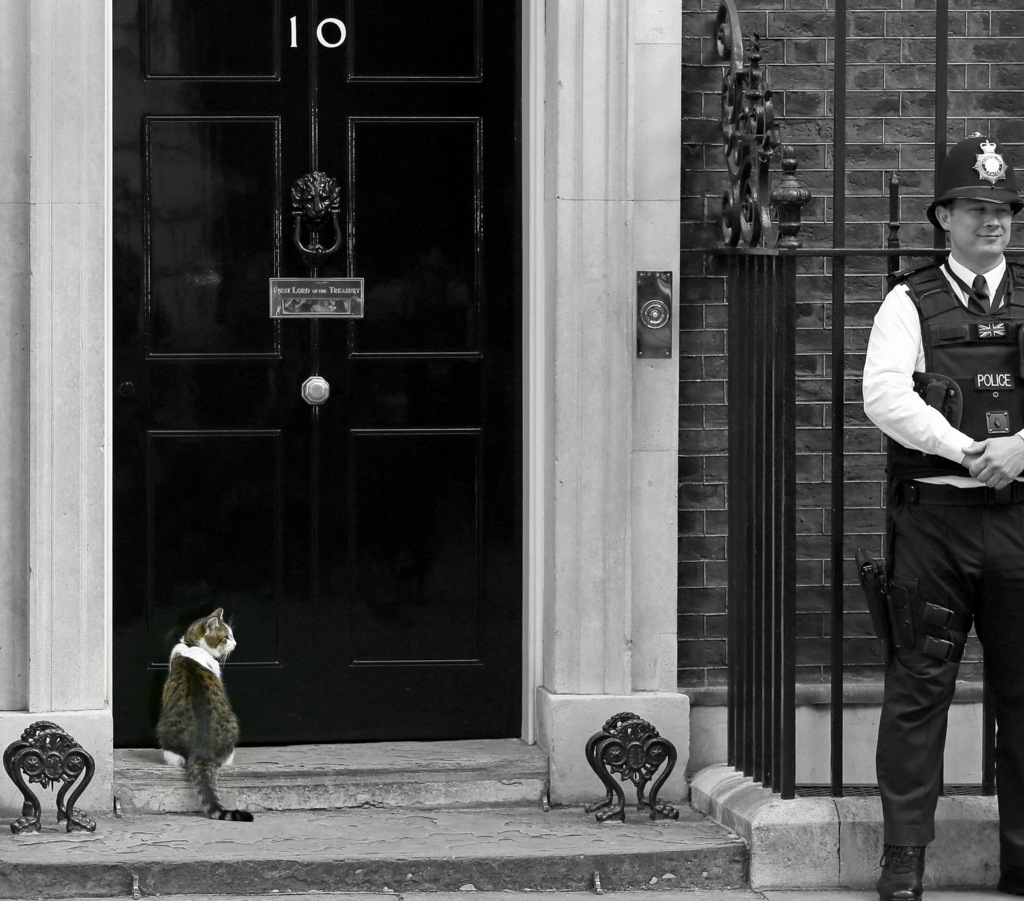 Prime ministers may come and go, but Larry the cat is staying put.

Known officially as the chief mouser at the prime minister’s residence at No. 10 Downing Street, Larry will not be joining outgoing chief David Cameron and his family when they move out Wednesday.

Instead, he will be in place to welcome Cameron’s successor, Theresa May, and her husband Philip—while trying to keep the famous residence and offices vermin-free.

In or out, Larry? (Getty Images)

The never shy brown and white tabby rescue cat was seen on patrol as the international press gathered in front of No. 10 to await Cameron’s departure and the arrival of May. He looks the part—but some suggest he’s not so great at catching mice.

The tomcat was a sentimental topic of conversation in Cameron’s final appearance in Parliament as prime minister.

Cameron said he wanted to use the prime minister’s question time session to end a rumor that he was not fond of the cat, which was brought to Downing Street from an animal shelter five years ago.

He said he wanted to end speculation that “somehow I don’t love Larry. I do, and I have photographic evidence to prove it.”

He then produced a picture of Larry lying on his lap.

The prime minister said he was sad he can’t take Larry with him but that the cat belongs at No. 10.

“He belongs to the house and the staff love him very much — as do I,” he said.

In earlier years, Larry’s role was filled by Humphrey, who was retired in 1997 after a successful career as chief mouser.

2 thoughts on “Chief Mouser, Larry, to keep watch at No. 10 Downing Street”