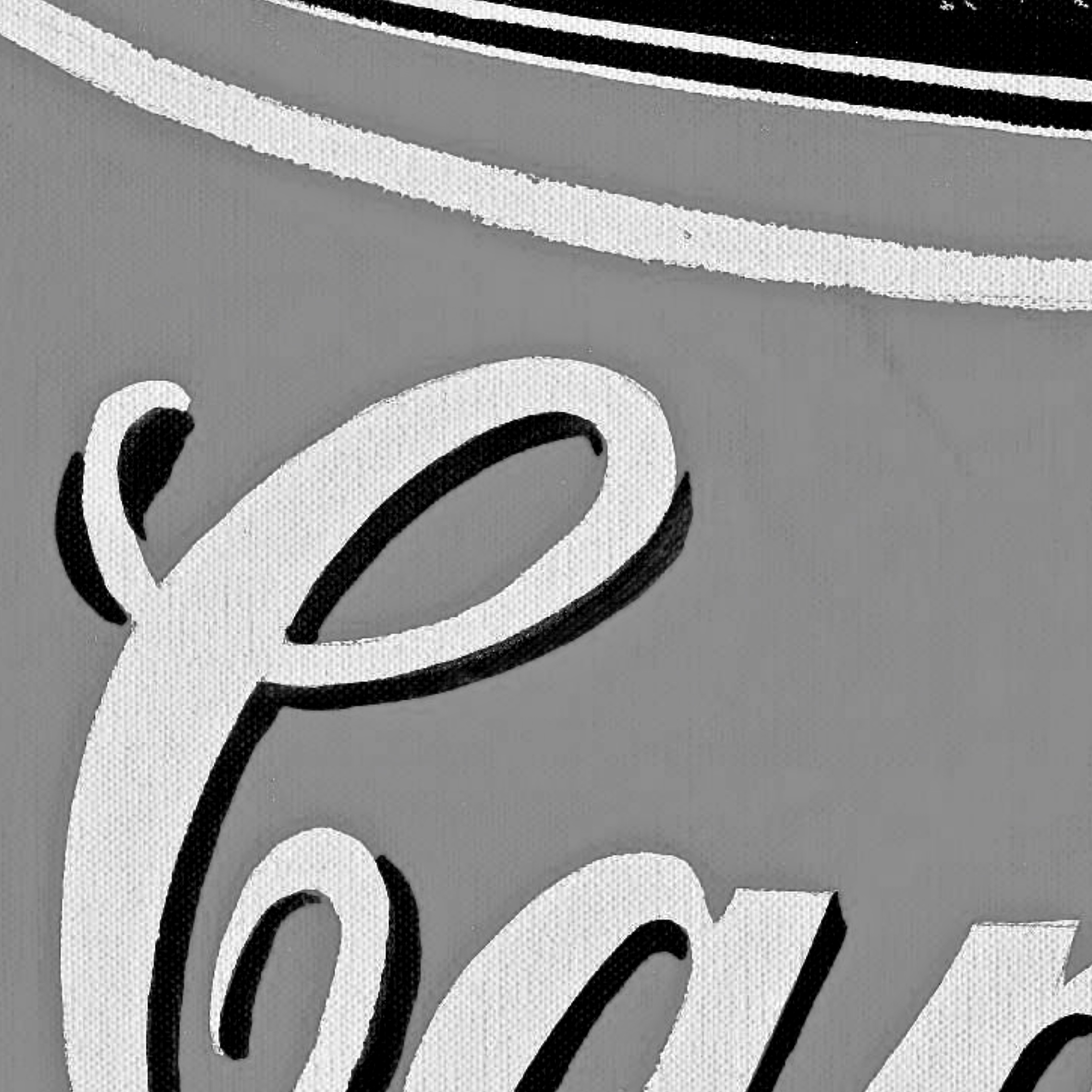 Sale 14187 will be the culmination of 20th Century Week and the auction features a range of masterworks from the world’s leading artists. The sale this season is headlined by Cy Twombly’s Leda and the Swan and Francis Bacon’s Three Studies of George Dyer, both to emerge on the market for the first time. With highlights including major works by post-war giants and contemporary greats, including Sigmar Polke, Jean-Michel Basquiat, Roy Lichtenstein and Willem de Kooning, the auction spotlights the defining movements that have permeated artistic practices since the mid-1940s.

Also in the auction is the painting that deserves a 106-page setup to properly put in context and in relationship with Warhol’s more famous (more widely available) soup can silkscreens:

In their lot essay, Christie’s writes, “Where his earlier soup cans had stood as static symbols of American culture, this particular group—the so-called “still lifes”—transforms the motif into a meditation on temporality.

“As the series unfolds, the can’s lid is wrenched fully open, its label is peeled off and, finally, it is crushed and flattened—a reminder that even the most timeless objects are subject to decay. The ubiquitous tin thus becomes Warhol’s first memento mori, setting the stage for Marilyn, Elvis, Death and Disasterand the various fleeting icons that would enter his pantheon. Executed during the early months of 1962—predating the artist’s silkscreens—the present work was one of the first to be captured in Warhol’s studio, shots he chose to be photographed next to it for an article published in Time magazine in May that year.

“Bought at that time by the celebrated collectors Emily and Burton Tremaine, it became the first of Warhol’s pictures to be shown in a museum when it was exhibited at the Wadsworth Atheneum two months later. It was subsequently purchased by Warner Brothers executive Ted Ashley, and in 1987 it became the first Post-War American artwork to enter the prestigious collection of Barney A. Ebsworth, where it remained for the next twenty-three years. Hijacking the age-old genre of nature morte, the work offers a powerful commentary on consumerism—simultaneously deadpan and dark—that sets the tone for the rest of Warhol’s practice.”

One of the things I found most interesting as I read through Christie’s publication was the detail of many of the images. In some of the hyper-closeups, it’s as if my eye was just 6 or 7 inches from the linen canvas.

The weave of the linen and Warhol’s brushstrokes are shown in remarkable detail. That’s the kind of up-close and personal observation that’s difficult to come by in a gallery or a museum.

“Step back. Please step back from the painting, sir.”

Take a look at Christie’s publication. It’s more enlightening that many textbooks on Warhol and his Campbell’s Soup Cans. It’s downloadable, printable, and makes a great reference.

If you’re interested in watching the sale of Big Campbell’s Soup Can (Vegetable), check out Christie’s LIVE™.

LIVE gives you instant access to every Christie’s saleroom. From your computer, you can place bids and follow along with live sales while watching the auctioneer in real time.