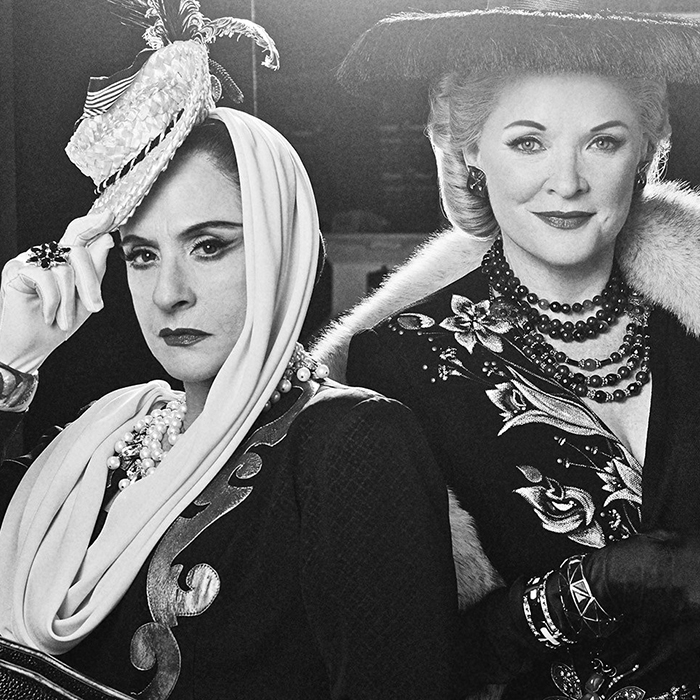 The Great White Way hasn’t enjoyed this type of power-theatre season in quite a few years. Hello Dolly with Bette Midler—and 10 Tony Award nominations—is standing room only and proves itself standing-ovation worthy night after night.

Come From Away at the Schoenfeld Theatre warms hearts and, as the New York Times says, “Blows out a gale of good will each night.” Few leave the show dry-eyed.

Off-the-charts brilliant and family worthy—but more than in a Disney way—is Dear Evan Hansen. Many wondered if the show’s move from off-Broadway to a mainstream house would translate. It translated beautifully and garnered the show 9 Tony nominations.

Natasha, Pierre & the Great Comet of 1812 starring Josh Groban has 12, well-deserved nominations; A Doll’s House has 8. And in the mix are The Little Foxes, Six Degrees of Separation, and Ground Hog Day.

For me, the most joyous and entertaining production of the season showcases two of the most talented ladies to ever step on a stage. Patti Lupone and Christine Ebersole— challenging each other, playing two business titans who, by all accounts, loathed each other so much that they would never say the other’s name—raise the musical bar.

With Lupone as cosmetic titan, Helena Rubinstein and Ebersole as her arch-rival, Elizabeth Arden, War Paint at the Nederlander Theatre is a knock out. CBS Sunday Morning’s Richard Schlesinger took a look and it’s a super-duper summary of the show and its back story.

To learn more, take a look at the official website for War Paint. And enjoy!

One thought on “If you have the opportunity to see a Broadway musical this year, I recommend War Paint.”