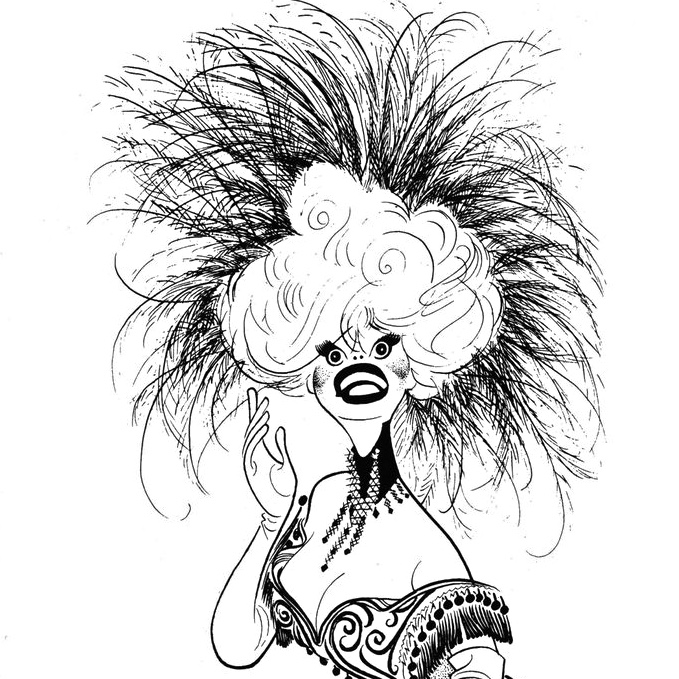 So, the show is nominated for 10 Tony Awards®:

Gathering 10 Tony nominations is a tremendous accomplishment and this years’

mounting of Hello Dolly! starring Bette Midler is only slightly eclipsed in that feat by 1964’s original Broadway production. Carol Channing created the role of Dolly Levi that year and the show was nominated for 11 Tonys and—wait for it—took home 10.

Seeing a moment from a blockbuster show and a nominated actor singing a standing-ovation-worthy number are highlights of the awards. But this year, because of contract negotiations, it’s looking unlikely that Bette Midler will perform on Sunday’s award show at Radio City Music Hall.

Gordon Cox, legit theatre editor for entertainment trade publication, Variety, reported this week that, “Among the many subjects of speculation about the Tony Awards this year: Bette Midler, and when she’ll perform during the awards telecast. At the start, kicking off the show with a bang in a familiar number excerpted from Hello, Dolly!, the box-office busting revival in which she stars? Or toward the end, keeping viewers glued (and ratings up) until the final hour?

“The answer looks like it’ll be the one nobody initially expected: Midler might not perform at all,” Cox continued.

And from my perspective, that’s a tragedy.

From the beginning, its producers have positioned this year’s re-stage of Dolly as a super-exclusive piece of musical theatre. Even previews were presented as insider events that required special invitations. I understand that they need to do that, in part, to support orchestra seats that are going for $750 each; more if purchased on the secondary market.

So while we probably won’t see Bette Midler perform, we can still revel in Carol Channing’s performance of Before the Parade Passes By as she sang it on the Tony Awards telecast of 1971.

On January 31st of this year, Channing entered her 96th year of being a wonderfully self-directed individual; an outspoken, theatre icon; and an intuitively-truthful entertainer…

She once said, “Onstage, you just have to tell the absolute truth about the character you are playing. You hope you communicate it, and you hope it comes back like a tennis ball. If you’re listening to the sound of your own voice, nobody else is. The audience knows, and they freeze on you.”

Thanks, Miss Channing, for your personally-honest Dolly Levi. Your performance will never be upstaged.