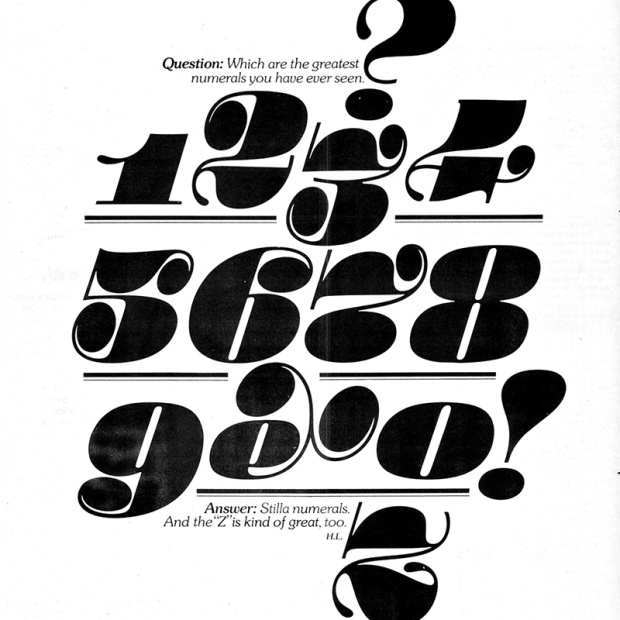 In the early 70s, I was in the waiting room of Modernage, one of the hundreds of photo duplication houses in New York. I was having some headshots printed. On the magazine table—mixed in with a hodgepodge paper coffee cups, ashtrays, and months-old issues of Popular Mechanics, Time, Better Homes & Gardens, Weekly Variety, American Angler, Hollywood Reporter, and Backstage—was a newsprint tabloid that I’d never seen before. It caught my eye.

The logo was a moniker, shorthand, for “Upper and lower case,” it was one of the first successful, long-term publications produced specifically for the design community. A product of International Typeface Corporation (ITC), U&lc was edited by graphic designer, Herb Lubalin—some say he was a visual genius, others say he was simply Avant Garde. It was published from 1970 until the fall of 1999.

The tabloid was a curious, visual treat. I tore out the page that contained the masthead, folded it, and put it in my pocket; when I got home I cut out the response coupon with my orange-handled Fiskar scissors, filled it out, wrote a check, put both in an envelope, addressed and stamped the envelope, walked to the end of the hall, and dropped it down the mail-shoot to the post box 17 floors below. (It took some effort to subscribe to a publication in those days.)

I was a fan of U&lc and read almost every issue, cover to cover, until cost-cutting at ITC in the mid-80s caused the publication to be reduced to an unimpressive 8.5 x 11 inches. With the move to a smaller size came a more conservative editorial view, a change in paper stock, and an introduction of some corporate-safe color choices.

U&lc had lost its immediacy, its cutting-edge approach, and the feeling that it was delivering relevant design news. The early U&lc was celebrated for its strength and dynamism, it was also a fragile platform. It cost a ton of money to produce and advertising didn’t come close to covering basic costs. 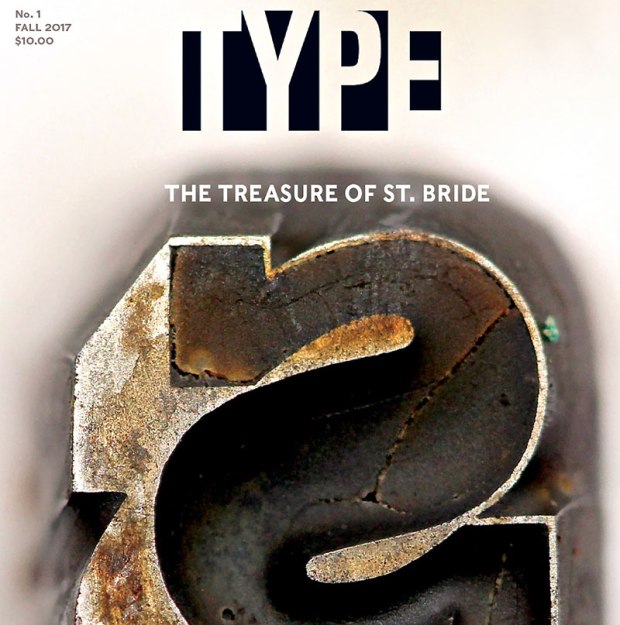 It’s billed as “A publication for people who love fonts—typography, calligraphy, lettering, sign painting—letterforms of all kinds.”

I’m going to give it a go. There’s a digital version and a print version. Here’s the skinny:

Sign up as a Charter Member and support the mission of TYPE:  To provide an ongoing narrative for the type community.

TYPE Magazine is a non-profit organization, registered in Florida. Contributions are tax-deductible in the United States.