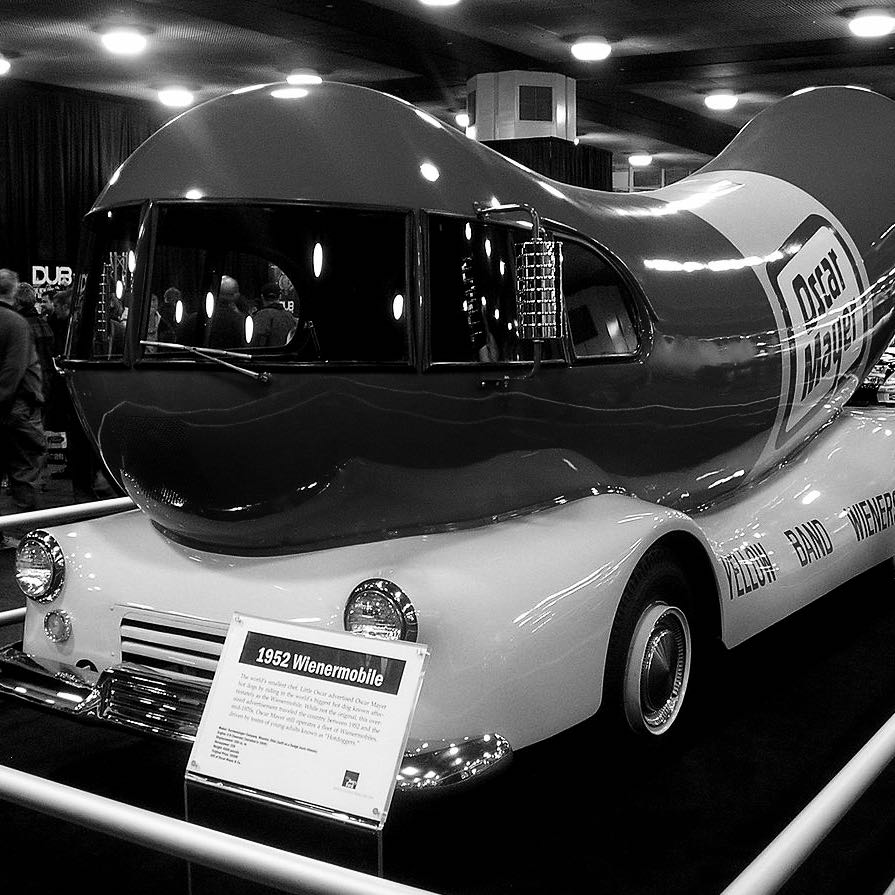 The days of taking the 1952 Oscar Mayer Wienermobile—known as Old Number 7— for a ride are over. The sculpture on wheels is about to become an immersive and accessible museum piece and forever serve as a reminder of Madison, Wisconsin’s role with an iconic, homegrown company that pumped out millions of hot dogs, slices of bologna, and packages of Lunchables.

Repair of grain trucks, school buses, cranes, trailers, and semi-tractors are typically first priority at the Truckstar Collision Center. But today their most exacting work is focused on one of the most recognizable vehicles to ever cruise the country’s highways, byways, and Interstate system. They’re restoring the Wienermobile.

“This is basically a rolling statue,” Chuck JaDoul, production manager at TruckStar, told the Wisconsin State Journal. “My guys are always doing fiberglass repair. This is just a different shape. Instead of flat and square pieces, we’re dealing with a bun and wiener.”

The fleet of Wienermobiles—there are still six of them—from Oscar Mayer’s parent company, Kraft Heinz still roams the country touting the brand and showing up at fairs, parades, festivals, and promotional events.

The Wienermobile’s $50,000 restoration is an effort by the Wisconsin Historical Society, Wisconsin Historical Foundation, and the Mayer family, which is funding the project (along with a $15,000 endowment for continued maintenance of the vehicle), to preserve a reminder of Wisconsin’s manufacturing heritage.

The factory that from 1883 to 2017 was home to Oscar Mayer production is being stripped of its meat-processing equipment following an auction last month. The property is being eyed for redevelopment and in the coming years, there will likely be few reminders of Oscar Mayer’s presence in the Madison.

The Wienermobile, donated last April by Kraft Heinz, and other items collected by the historical society over the years from the company, will be preserved.

Carl Mayer filed the original patent application for the Wienermobile in 1952. The patent was granted in 1954.

Be it known that I, Carl G. Mayer, a citizen of the United States, residing at Madison, in the county of Dane and State of Wisconsin, have invented a new, original, and ornamental Design for an Automotive Vehicle, of which the following is a specification; reference being had to the accompanying drawing, forming a part thereof.

In the drawing: Fig. 1 is a plan view of the automotive vehicle. showing my new design; and Figs. 2, 3 and 4 are, respectively, side, front, and rear elevations of the same. The essential features of my design for an automotive vehicle reside in the parts shown in full lines.

I claim: The ornamental design for an automotive vehicle, substantially as shown and described. Signed: CARL G. MAYER.

More than any other forms of transport, I’ve always wanted to ride in a Goodyear Blimp and, yes, a Wienermobile. Oh, and I love a hot dog as much as Matlock did. Every bit as much. Here’s a photo of Oscar Mayer’s brand new “hot dog highway.” Built in the 1970s, it cost just over $2,000,000 and my hot dog consumption during the 60s and 70s surely helped pay for it.