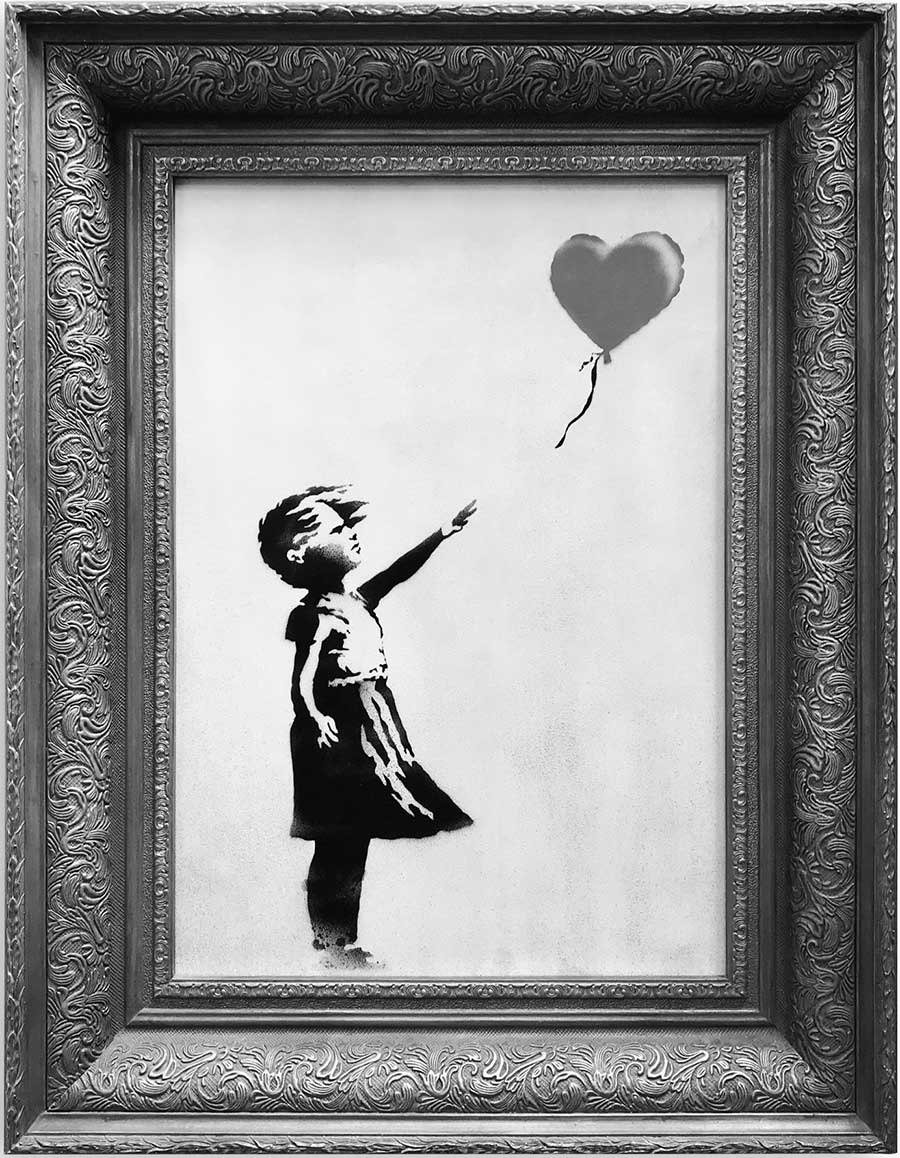 I’m not a fan of Banksy’s art, but his works of political and social commentary thrill me. So, I’m loving the high drama that reigned at Sotheby’s London

Last night as one of Banksy’s most iconic images, Girl with Balloon, sold during their much-anticipated Contemporary Art Evening Auction. Sotheby’s salesroom was filled to capacity and countless international viewers were watching online.

Viewers were tense as the hammer dropped and the auctioneer announced that the piece had just been: SOLD!

At that moment, Banksy’s framed work—spray paint and acrylic on canvas, mounted on board depicting a girl reaching out toward a bright red, heart shaped balloon—began to be pulled through a shredder hidden in the bottom of the frame.

Alex Branczik, Sotheby’s Senior Director and Head of Contemporary Art, Europe- London, said, “It appears we just got Banksy-ed,” The incident lifted a single painting to the level of full-bore performance art while becoming instant art-world history. Branczik said, “All I can say is this certainly marks the first time in auction history that a work of art automatically shredded itself after coming under the hammer.”

Anny Shaw, writing for The Art Newspaper, reported that, “Apparently booby-trapped and triggered by someone in the gallery, or possibly by the artist himself, several observers commented that the work’s destruction was the grandest of finales to a contemporary auction in many years.

“In apparent acknowledgement of the prank, later in the evening Banksy posted an image of his painting being shredded in front of shocked Sotheby’s staff on Instagram, with the caption ‘Going, going, gone…’ According to the provenance, Girl with a Balloon was acquired directly from the artist in 2006.”

Then, this appeared all over the internet—

Sotheby’s reports that they are in touch the buyer and they are exploring next steps. Make of it what you will.